PM Narendra Modi was virtually addressing an event in Ahmedabad where he inaugurated Sardar Dham, a Rs 200-crore complex of the Patidar community, and laid the foundation stone of a girl’s hostel on the same campus. 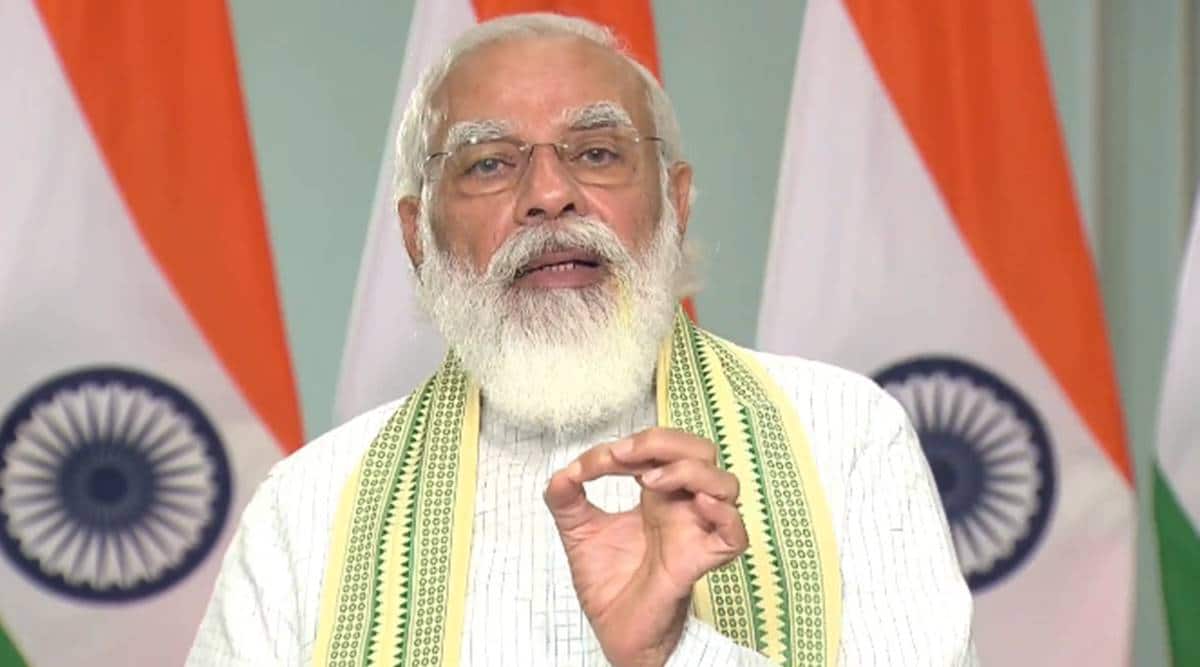 Remembering the attack on the World Trade Center in the United States 20 years ago, Prime Minister Narendra Modi on Saturday said we have to remember the lessons taught by such terror attacks and simultaneously strive to implement human values that India represents.

“Today is September 11 or 9/11. A date in global history which is known for the attack on humanity,” said Modi while virtually addressing an event in Ahmedabad where he inaugurated Sardar Dham, a Rs 200-crore complex of the Patidar community, and laid the foundation stone of a girl’s hostel on the same campus.

“On this same day, someone had taught the world a lot. Over one century ago, on September 11, 1893, at the Parliament of the World’s Religions in Chicago, Swami Vivekananda, while speaking at a global platform, introduced the world to the human values of India. Today the world is feeling that the same human values will bring about a permanent solution to attacks like 9/11. On one hand, we have to remember the lessons drawn from such terror attacks and on the other, we have to try hard to implement human values,” he added.

PM Modi also announced the setting up of a chair in memory of Tamil poet and freedom fighter Subramania Bharati at the Faculty of Arts in Banaras Hindu University (BHU). “Today is the 100th death anniversary of India’s great scholar, philosopher and freedom fighter Subramania Bharati. The vision of ‘Ek Bharat, Shrestha Bharat’ that Sadar saheb (Sadar Vallabhbhai Patel) carried, the same philosophy overflows in the Tamil writings of Mahakavi Bharati,” Modi said.

He added, “Tamil is a prosperous language. It is one of the oldest languages in the world. It is a matter of pride for all Hindustanis. On Tamil studies, the Subramania Bharati chair will be set up at the Faculty of Arts in BHU. This will inspire students and researchers to build a developed India which was dreamt of by Bharatiji. He used to stress on India’s unity and the human unity,” Modi said.

Union minister for fisheries and animal husbandry Parshottam Rupala and minister for health and family welfare Mansukh Mandaviya were also present on the occasion, along with Gujarat Chief Minister Vijay Rupani and his deputy Nitin Patel.