‘His secularism merely declared the equality of all religions in India under fundamental rights.’

It took more than five decades and 100 volumes for the Selected Works of Jawaharlal Nehru — containing letters, speeches, interviews and other writings of India’s first prime minister — to be completed.

Given the political discourse prevalent in the country for the past several years, completion of this giant project assumes even bigger importance.

Professor Palat, who became the full-time chief editor of the project in 2011, has edited 42 of the 100 volumes covering the last six years of Nehru’s life.

In an e-mail interview with Rediff.com‘s Utkarsh Mishra, Professor Palat, below, explains how his view of Nehru went through considerable change while working on this project.

In an earlier interview you said that your perception of Nehru changed during this project for the better. Can you share with us some of your previous thoughts and beliefs that went through a change?

Like so many, I had assumed that Nehru was woolly in theory and fumbling in practice.

This was not based on any serious study and I was just absorbing a common prejudice. But it is very different when you read him.

About theory he was quite precise, be it on socialism and planning, or secularism, nationalism, federalism, non-alignment, and much else.

But he refused to spout theory on the ground that life was so fluid that the preoccupation with theory leads you into dogma and rigid positions.

As for practice, he saw that being coercive is counter-productive, as his successors have discovered.

He sought to persuade, which meant making some concession, which then seemed weak, especially to the bureaucrat.

Different people have different opinions about Nehru, and most of it based on secondary, unverified, information. As Aatish Taseer wrote in a New York Times article, ‘Nehru is one of those people I thought I knew without ever feeling the need to read’. Why do you think it is easier to spread misinformation about him?

I don’t suppose it is easier to spread misinformation about him than about anybody else.

When opinions are divided, and there is an interest group anxious to attack, they may always do so, whatever the evidence to the contrary.

As a historian I encounter this ceaselessly. Look at how the emperor Augustus fashioned the image of Cleopatra as the greatest seductress in history.

It has been a practice, especially for the past few years, that Nehru’s differences with some of his contemporaries are not only played out of proportion, but also Nehru is always portrayed as being on the wrong side in such disagreements. As someone who has read most of Nehru’s correspondence, how do you respond to this?

Nehru’s differences were with both the right within and without the Congress and with some of the Left.

But after liberalisation even the Congress had little good to say about Nehru’s socialism although his regime was never socialist.

But the fact that such polemic is conducted with such bitterness reveals how deeply divided India is.

America is united around the image of (Franklin D) Roosevelt, but Russia is too divided to unite around (Josef) Stalin, or even (Vladimir) Lenin.

The danger is less with Nehru’s image than with internal cohesion, which was a problem Nehru understood better than most.

Nehru has his critics among both groups: One which says he did not deal with communalism with an iron fist and others who say he ‘imposed’ the Western notion of secularism on a country which is deeply and inherently religious.
What is your opinion on both these beliefs? To what extent are they true?

You cannot suppress major social phenomena like communalism with an iron fist, and Nehru understood that well.

You need to fight it ideologically and electorally, and demonstrate that secularism is better, so that people make a choice.

Europeans needed a hideous war and total defeat of the Axis to be convinced that democracy is better than Nazism and its weaker version fascism; but even today they revive such defeated causes.

As for secularism, he did not ‘impose’ anything; and his secularism merely declared the equality of all religions in India under fundamental rights, which Constitutionally guaranteed religions an honoured and secure space in our politics.

I have just expanded on this in the Nehru Memorial Lecture on November 14, 2019, which you may access on www.madhavanpalat.academia.edu (external link).

Madhav Godbole, the former Union home secretary, makes a pinpointed criticism in his book that Nehru did not take up with vigour the legislation to ban communal political parties. How correct is his assessment?

Banning does not solve the problem. It goes underground or reappears in other guises.

If you ban a movement, you must be prepared to persecute all forms of its reappearance; this means gradually erecting a dictatorship. 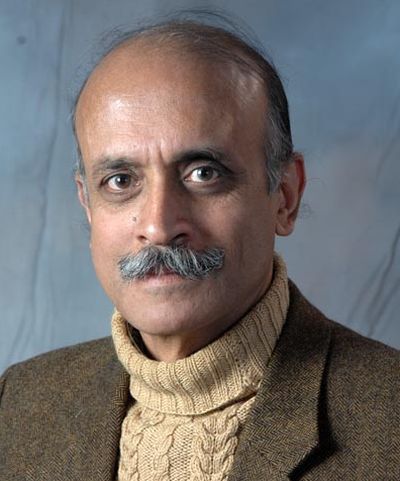 We remember Nehru so fondly precisely because he refused any such temptation.

Godbole, I regret, writes like a bureaucrat who imagines that passing an order on a file means it will be translated into reality. Nothing of the kind.

The problem with our governance is that so many of our laws are simply not enforced. He has not suggested how he would enforce such a ban.

When I read Nehru, I get the impression of a nice man whose good intentions and expectations were often betrayed. Do you agree with this observation? Does it show a lack of foresight or political acumen in him?

I don’t like the expression ‘nice’. It suggests an ineffective do-gooder.

To remind ourselves, he fought 30 years in the independence movement, spending 10 years in jail. He was then prime minister for 17 years winning three general elections, and astonishingly popular, more than anybody has managed after him.

Obviously there is great substance in such a person, not just ‘niceness’.

He had the best of intentions of course, but also great foresight and political savvy, as you see when you read how he dealt with crisis after crisis.

Is it true that many of Nehru papers were destroyed by the Indira Gandhi government because they contained some ‘uncomfortable truths’? What are the documents that the government still hasn’t made public?

I have never heard of any documents being destroyed, by Indira Gandhi or anybody else. That is different from saying they are not in the public domain.

Nothing on Kashmir or defence and most on China are not public. That is how all governments function in this country.

If Indira Gandhi had destroyed anything, that would certainly have become public knowledge by subsequent hostile governments. 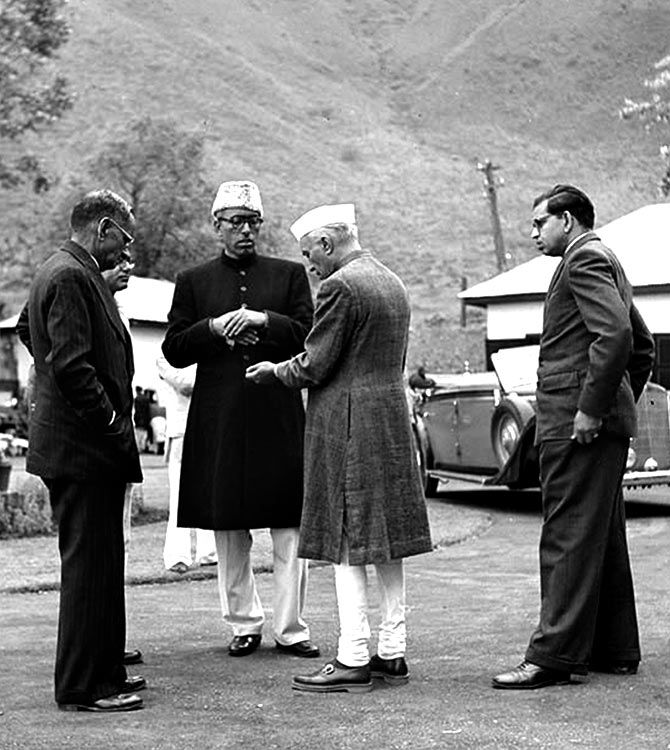 The current government has criticised Nehru several times, even in Parliament, for his handling of Kashmir. How do you see Nehru’s role in addressing the issue? Would you disapprove of any of his actions?

It is not merely the present government, but nearly everyone has done so.

The two big questions are going to the UN security council and the arrest of Sheikh Abdullah. Even if he had not gone to the security council, Pakistan would have been a pain in the neck because it had American support.

The problem is not with Pakistan, but with America supporting Pakistan. And America can create trouble on any matter, so unlimited are their resources, as the Soviet Union found to its cost, and Russia still finds.

The arrest of Sheikh Abdullah reflects perhaps poor judgement, but the Sheikh was toying with the idea of independence a bit too much for Nehru’s comfort.

Even so, it could perhaps have been sorted out Constitutionally, just as he should not have dismissed the (E M S) Namboodiripad government in Kerala in 1959.

It is when you examine these errors or misjudgements that you realise why banning movements are futile, to go back to one of your earlier questions.

The volumes you have edited cover those years of Nehru’s life when he was also dealing with the China problem. How did his views or impressions of the Chinese change over the years?
Did he actually ‘reject’ a permanent seat at the UN security council in favour of the then newly created People’s Republic of China?

Nehru had set out with high hopes of China as a close partner in the post-colonial world; thereafter he saw her as unreliable, then as utterly perfidious.

He never did receive an offer of a seat in the UNSC. What probably happened is that the United States aired an idea and dropped it.

Nehru would not have wanted such a ‘gift’ from any source. And it was not ‘offered’ in lieu of the permanent seat for China, since she already held that seat.

Please take us through your journey as the editor of Selected Works of Jawaharlal Nehru. What challenges did you face in completing this mega project?

My major concern was to be exhaustive, although this was the Selected Works. I wanted the scholar to get everything in this published version rather than suffer the misery of working through archival documents which were badly typed on bad paper, often in multiple copies, and without annotation.

Next, I ensured that original documents were maximally used and that I did not insert my views or texts.

Thus, if Nehru was replying to somebody, I had to ferret out the letter to which he was replying or referring, and publish it as an appendix. It was the earlier practice to summarise such documents in annotations. But I wanted the reader to see exactly what Nehru himself saw.

Another was to put in the original Hindi text of his speeches, not merely the translation, as done previously.

Here the problem was to find an editor who could handle the Hindustani orthography of Nehru’s time. It was not as easy as we might assume.

I did the same with Russian, German, French, and Arabic. Nehru did not write in these languages, but interviews appeared in them, and we did not always have the English recording of the interview.

The only language I missed out was Japanese because I could not trace the Japanese original.

How would Nehru have viewed the India of today and what advice would he give to the leadership and the people?

He would have been deeply distressed by the extent of polarisation and the nature of the political discourse today.

His advice would be the obvious: Read the preamble to the Constitution and be guided by it.