‘SARS-CoV-2 is going to change to avoid/overcome any thing thrown at it.’

After everything that has been thrown at us this last year, COVID-19 has a new googly for us, as per the Union health ministry’s sudden announcement last Wednesday.

Yes, a double mutant version of SARS-CoV-2, that causes COVID-19 is now roaming amongst us and has been detected in a few parts of India, including Delhi, Maharashtra, as per some 215 samples tested.

Much about viruses seem the stuff of fiction, fantasy, fx and fairy tales, especially the way they transform in an evilly magic way, so rapidly, from one avatar to another, in real life — but no, the spike-headed, monstrous COVID-19 virus does have the capacity to metamorphose into a new variant that has the traits of two previously recognised variants.

Is this latest variant more dangerous that earlier version of COVID-19?

Assistant professor of microbiology and cell biology at the Centre for Infectious Disease Research attached to the Indian Institute of Science, Bengaluru, Dr Tripathi works on, he explained to Vaihayasi Pande Daniel/Rediff.com, “Developing antivirals and vaccines against emerging human viruses, such as SARS-CoV-2. COVID-19 has kept a us on our toes.” 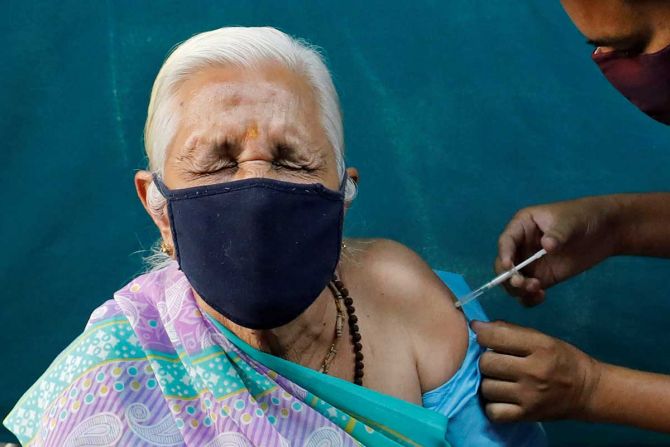 Would you please explain why and how a virus mutates and why the SARS-CoV2 virus has so many mutant strains?

Viruses mutate due to error prone replication — (viruses thrive because they make plenty of errors, like replicating wrong!) — of their genome.

It’s their way to generate mutants with survival benefit such as vaccine escape variants.

The same applies to SARS-CoV-2.

We should note that we have thrown everything at this virus from multiple vaccines, experimental antivirals to plasma therapy, herbal medicine.

SARS-CoV-2 is not a sitting duck.

It is going to change to avoid/overcome any thing thrown at it.

Also, since it is still spreading in large population of naïve (not previously infected) people, of different genetic backgrounds worldwide, that adds fuel to the fire.

One has understood that SARS-CoV-2 has had more strains than other viruses, even other coronaviruses, because of its sheer prevalence over the last year in numbers, time and geographical regions, as it infected tens of millions of humans. Is that correct?

That is not entirely correct. Viruses such as HIV (human immunodeficiency virus) and influenza are much more diverse.

Among coronaviruses, SARS-CoV-2 is the only one to cause a global pandemic and most sequenced, hence the impression that it is more diverse than others.

We have no idea about the diversity of seasonal coronaviruses. 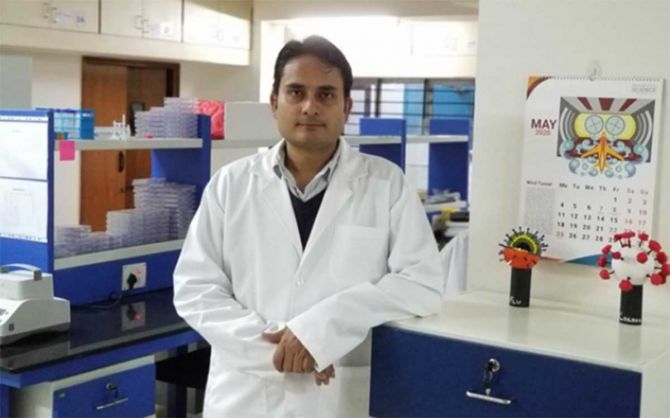 The Indian government has just announced that India has a double mutant?
What does that mean and what is the implication of that?
Does it make it a more infectious virus and has it mutated locally?
Is this news scary?

At this moment it is an observation, that there are couple of substitutions which are consistently being seen in some of the new sequences. Whether or not it has any implication on virus spread or disease severity, we cannot conclude categorically at this moment.

For that matter, the UK variant spreads faster, and South African variant is more virulent, and both are already present and spreading in India.

SARS-CoV-2 is going to mutate for the reasons stated earlier, no surprise there.

One must be cautious, not scared, irrespective of the new variants.

Double mutant means two specific amino acid changes are being seen together, consistently. Calling it a ‘mutant’ should be sufficient.

Studies in cell culture and animal models should be conducted quickly to understand where these mutations confer change in virulence, transmission of the virus or allow it to escape natural or vaccine-mediated immunity. 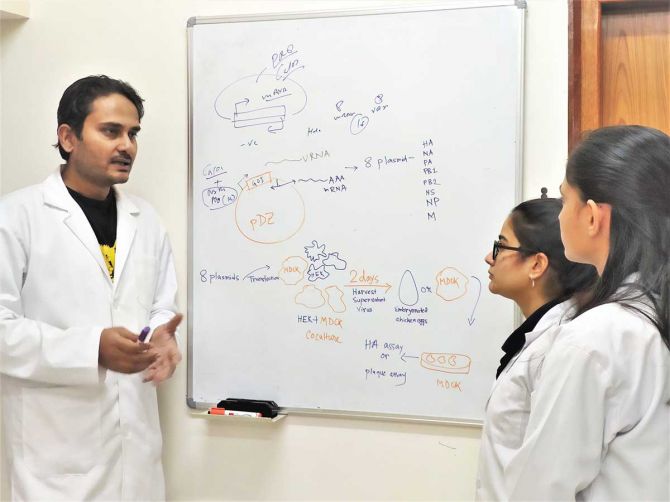 It was said by various government authorities, that out of many, many mutant strains that now exist all over the world, India has only 400, or so, of the ‘foreign’ ones and none of them may have been responsible for the recent surges.
Thursday they said that some amount of the Brazil, South Africa and London strains are in India. In your view what is responsible for the surge?
A new local strain or a foreign strain? Or both?

Any new variant/strain which can transmit better or escape immunity is going to cause surge.

Both imported and local strains can be contributing.

However, we may be naïve (having not previously been exposed to them) and more susceptible to foreign strains.

Dr VK Paul of NITI Aayog announced some weeks ago that ‘Two new variants– N440K and E484Q have been found in Maharashtra, Kerala and Telangana’.
That statement was hard to fathom since as per medicalnewstoday.com*, ‘mutations in the N501Y and E484K parts of the spike protein (on the exterior of the virus) may allow the virus to spread more easily. The most notable SARS-CoV-2 variants, sometimes called variants of concern’, have various lineages.
So, when we speak of mutant strains, do they go by their lineage name or the spike protein name?
Can a variant be called E484Q, which is the name of it spike protein?

Virus classification goes from isolate to mutant/variant to strain to lineage.

For classifying isolate, mutant, variant, genotypic changes are taken into the account.

A virus should be called a new strain only if its phenotype has changed such as rate of transmission or disease severity.

For SARS-CoV-2, spike is the key protein which changes most rapidly and determines its transmission or ability to evade vaccines — hence you see most variants referring to changes in the spike amino acid sequence.

One of the local strains, considered a variant of concern, is said to have arisen out of Amravati?
That’s a rural area. Isn’t it unusual for a new strain to come from a more remote area, where there may not be significant transmission?

A new strain may emerge anywhere, guided by selection pressure such as vaccines or antivirals or even as chance event.

Its emergence from rural areas indicates it is spreading to areas where there may be a large swathe of susceptible/naive population.