In its latest bulletin, the weather department issued an orange alert for Darjeeling, Kalimpong and Alipurduar districts where heavy to very heavy (07-20 cm) rainfall is predicted. 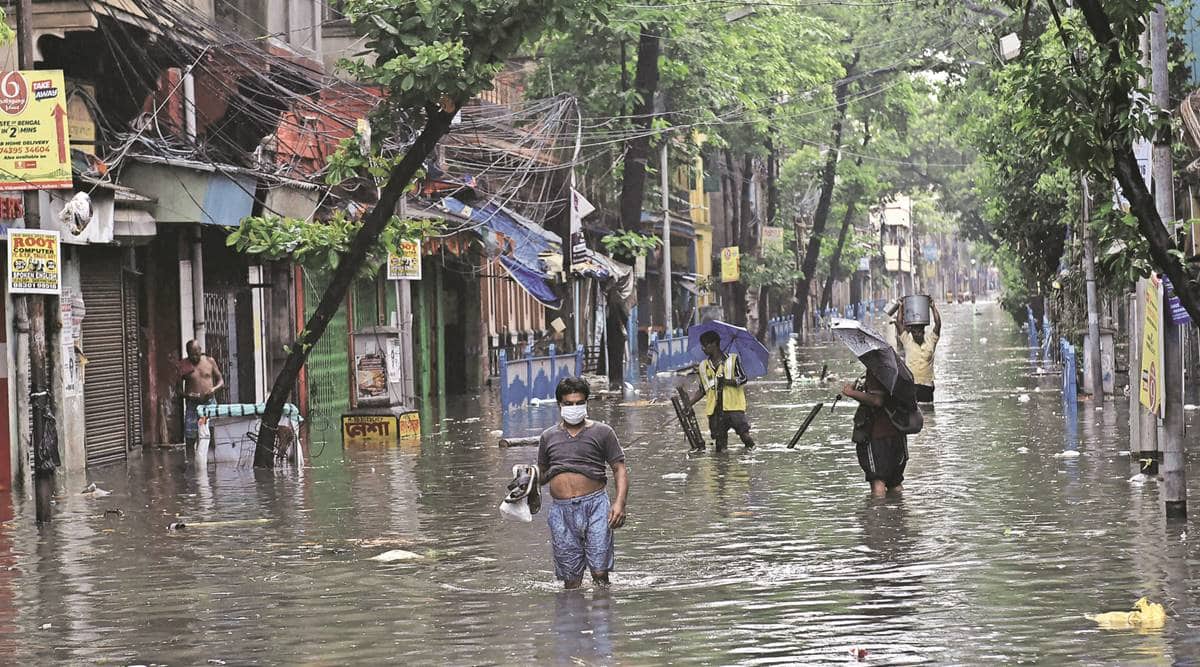 HEAVY RAINS continued to lash several districts of Bengal on Friday and many regions of the state are still waterlogged. The meteorological department has forecast that rain would persist till Sunday. Under the influence of a cyclonic circulation over Gangetic West Bengal and neighbourhood, a low-pressure area has formed over Southwest Bihar and adjoining southeast Uttar Pradesh with associated cyclonic circulation extends up to mid tropospheric levels. The meteorological department has predicted light to moderate rain at most places over Bengal districts from June 18-20.

In its latest bulletin, the weather department issued an orange alert for Darjeeling, Kalimpong and Alipurduar districts where heavy to very heavy (07-20 cm) rainfall is predicted.

Yellow warning has been issued for Jalpaiguri, Cooch Behar, Malda, North & South Dinajpur, Murshidabad, Nadia, Birbhum, West Burdwan, Bankura, Purulia and North & South 24 Parganas districts where heavy rain (07-11cms) likely to occur. As per the meteorological department, on June 20, heavy rain (07-11 cms) is likely to occur at one or two places over Jalpaiguri, Cooch Behar, Alipurduar, Murshidabad and Birbhum districts. Fishermen has already been warned not to venture into the sea along and off Bengal Coast till June 20.

Due to heavy rains, water level in Jhumi river at Ghatal in West Midnapore has risen resulting into a flood-like situation in several villages of Ghatal. River water has entered villages and inside people’s homes. A wooden bridge was washed away at Ghatal.

Meanwhile, an 18-year-old man was found dead allegedly due to electrocution. According to sources, local authorities were informed of the incident near BP Township area.

“It’s a very unfortunate incident. I asked DG (Electrical) to visit the spot. The CESC is looking into it,” said TMC leader Firhad Hakim.

Officials identified the victim as Sujoy Mondal, who was allegedly trying to catch fish in logged water.

“The body was taken to Baghajatin hospital. Some loose, hanging wires were seen on the spot,” said an official.