The 23-year-old from Sakkimangalam village in Tamil Nadu's Madurai district is part of the 4x400m mixed relay team in the Tokyo Olympics, starting July 23. 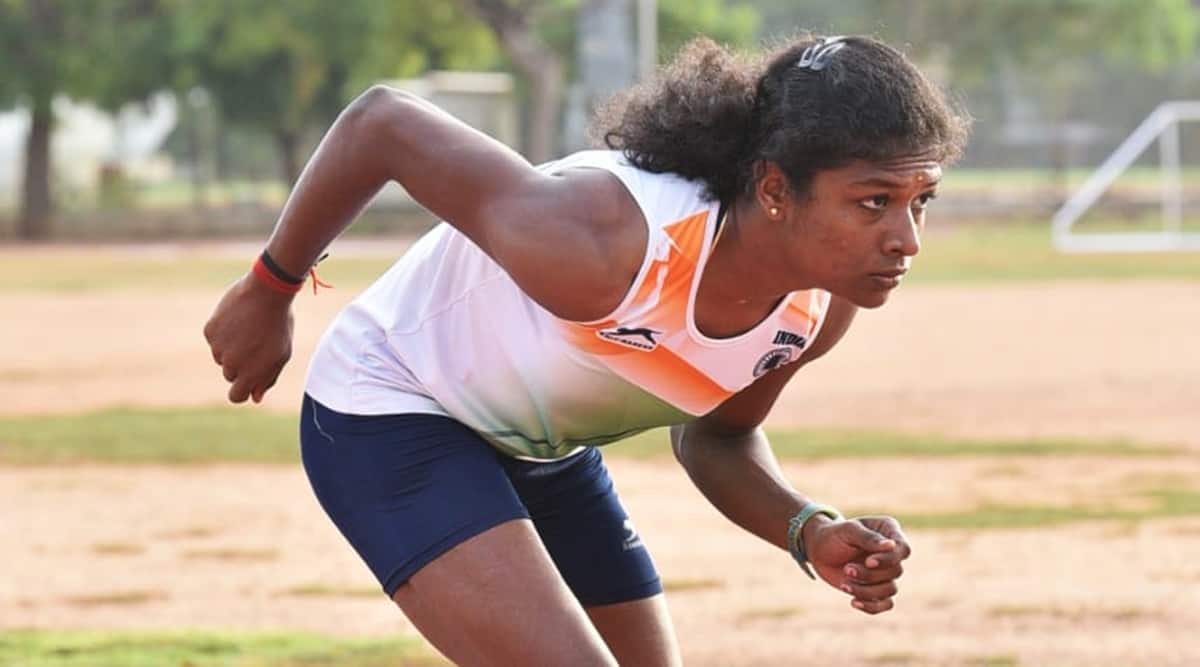 Orphaned at five, raised by her daily wager grandmother and forced to run barefoot early on as shoes was a luxury she couldn’t afford, sprinter Revathi Veeramani is now ready to live an Olympic dream, one that has come true much earlier than she expected.

The 23-year-old from Sakkimangalam village in Tamil Nadu’s Madurai district is part of the 4x400m Indian mixed relay team in the Tokyo Games, starting July 23.

“I was told that my father had some stomach issue because of which he died, six months after that, my mother died of brain fever. I was not even six when they passed away in quick succession,” Revathi told PTI in an interview recalling the tough circumstances she faced growing up.

“Me and my younger sister were brought up by our maternal grandmother K Arammal. She would work for meagre money in the farms of other people and also at brick kilns to raise us.

“Our relatives told grandma to send us to work but she would refuse, saying we should go to school and study,” she added, admiring the fortitude of her 76-year-old grandmother who stuck to her conviction and focussed on ensuring that the two little girls in her care got access to education.

And Arammal’s endurance allowed Revathi to find her true calling in life in school itself. And because of her running talent, she also landed the job of a TTE in Railways’ Madurai division, while her younger sister is now a police officer in Chennai.

It was K Kannan, a coach employed at the Sports Development Authority of Tamil Nadu, who gauged her talent for running when she was in school.

Her grandmother was initially hesitant to allow Revathi to pursue running. But Kannan convinced her and helped Revathi get a seat and hostel accommodation at the Lady Doak College in Madurai.

“My grandmother raised us by toiling hard and me and my sister’s survival was due to her. But all my sporting achievements were due to Kannan sir,” revathi said.

“I ran barefoot at college meets and even during the national junior championships in Coimbatore in 2016. After that Kannan sir ensured that I had all the necessary kits, proper diet and other requirements.”

Revathi trained under Kannan from 2016 to 2019 before she was selected for the national camp at the NIS in Patiala.

Under Kannan’s tutelage, she was running 100m and 200m but Galina Bukharina, the national camp coach for quartermilers, told her to shift to 400m.

“Galina Madam told me to shift to 400m. Kannan sir also agreed. I am happy I shifted to 400m and I am now in my first Olympics,” she said.

“Kannan sir had told me that I should one day represent the country in the Olympics and things are happening quickly. It was a dream come true but not I expected coming true so quickly.

“I will do my best in the Olympics and that is what I can assure.”

A quick learner both on and off the field of play, Revathi has managed to learn reasonably good Hindi after coming to the national camp in Patiala two years ago. She holds a bachelor’s degree in Tamil and spoke fluently in Hindi during this interview.

She missed the early part of the 2021 season, including the Federation Cup, due to injury but came back to win the 400m race in Indian GP 4.

The youngster was third in the National Inter-State Championships with a time of 53.71sec behind Priya Mohan and MR Poovamma.

As Priya was a non-camper, Poovamma not available and VK Vismaya and Jisna Mathew in poor form, the Athletics of Federation of India called for a selection trial to pick the three women for the mixed 4x400m relay event.

Revathi came out tops in that with a personal best time of 53.55sec to take a spot in the team.

She is also thankful to her college in Madurai for supporting her.

“Most of the time I was on training or taking part in competitions. My college allowed me to take BA examinations and I could pass BA final year in Tamil,” she said.