The Railway Board shared the data on the total deaths between January and December 2020 in its reply to a question by Madhya Pradesh-based activist Chandra Shekhar Gaur under the Right to Information Act. 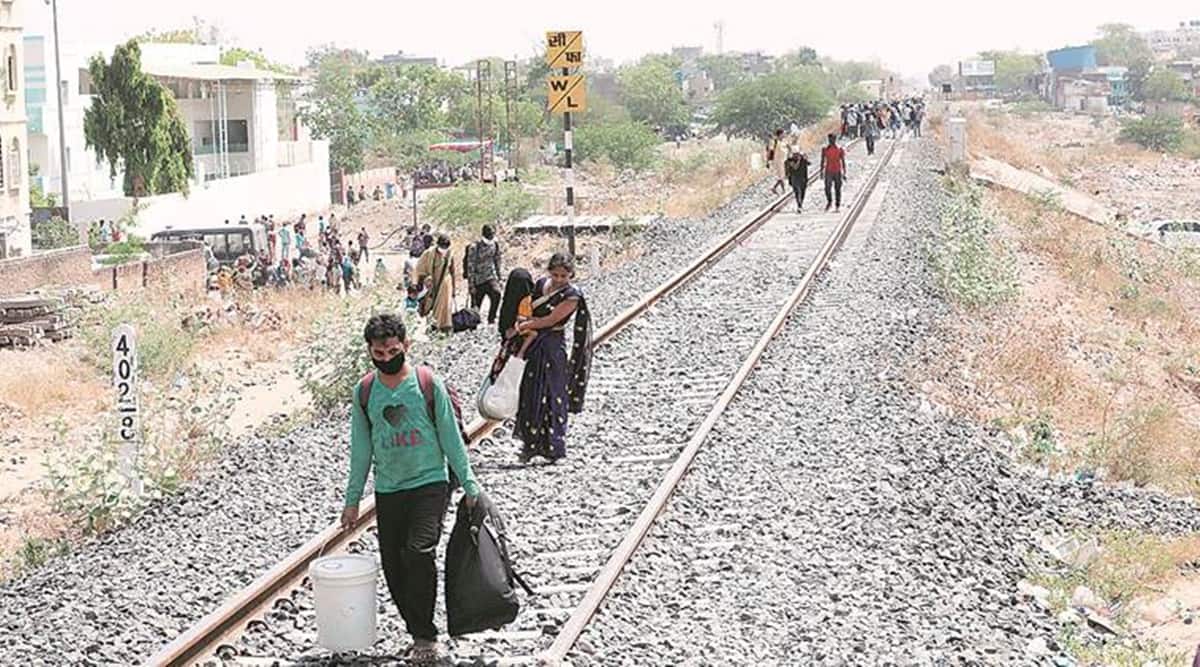 More than 8,700 people, many of them said to be migrant workers, were mowed down on railway tracks in 2020 despite passenger train services being severely curtailed by the nationwide lockdown.

The Railway Board shared the data on the total deaths between January and December 2020 in its reply to a question by Madhya Pradesh-based activist Chandra Shekhar Gaur under the Right to Information Act.

“Based on the information received from the State Police, 805 people suffered injuries and 8,733 people died on the railway track between January 2020 and December 2020,” the Railway Board said.

Officials separately said many of the dead were migrant workers who chose to walk home along the tracks as train routes are considered shorter than roads or highways.

They said the workers also chose the tracks to evade the police and not get lost midway. “They also assumed that no trains would be running because of the lockdown,” one of the officials said.

Railway Spokesperson DJ Narain said that such incidents happen on the tracks “not due to accidents but because of trespassing”. “It’s a civic issue of concern. The Railways has always made huge efforts in sensitising trespassers to avoid walking on tracks. Around 70,000 km of rail tracks are spread across the country with over 17,000 trains of all kinds running on a daily basis. Deaths on tracks of trespassers is unfortunate and sad. Our concern on safety of passenger and citizens is second to none.”

“These kinds of accidents perhaps occur more on roads due to careless road-crossings,” Narain said, claiming that there have been no casualties due to any “train accident” in the last two years.

While the fatalities during 2020 were fewer compared to the four years immediately before that, the numbers are still significant given the fact that the passenger services were restricted after the lockdown was announced on March 25.

Only freight trains were in operation during the lockdown before the Railways started Shramik Special trains from May 1 to ferry migrant workers home.

Passenger services have been reopening in phases, and by December, around 1,100 special trains were in operation along with 110 regular passenger trains.

The services have now been restored to 70 per cent of the pre-Covid traffic.

While many fatalities on tracks last year went unregistered, the deaths of 16 migrant workers after being run over by a freight train in Maharashtra’s Aurangabad last May rattled many. They were resting on the tracks thinking no train would be running due to the Covid suspension.

According to Railways figures, compiled from state governments, 56,271 people died and 5,938 were injured in such incidents between 2016 and 2019. These deaths were an increasing trend, with 2017 an exception.

However, the Railways do not consider these deaths “railway accidents”.

These deaths come under the category of “untoward incidents” or “trespassing”, and are investigated by the state police. The victims are also compensated by state governments concerned.

The Railways has carried out massive campaigns to reduce such deaths and also paid ex gratia to the kin of the victim on sympathetic grounds in some cases.

The measures taken by the Railways include elimination of unmanned-level crossings over the broad gauge network, signal modernisation, the use of modern machines in maintenance, among others.