Parliament Today LIVE News: Ex-CJI Ranjan Gogoi, who headed benches that heard important and sensitive cases such as the Ayodhya land title dispute, the Rafale case, the Assam NRC issue and the Sabarimala matter, was sworn in as Rajya Sabha MP on Thursday. 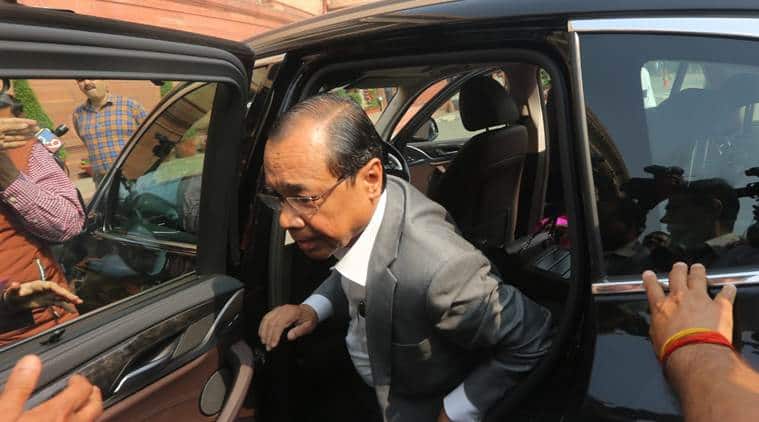 Gogoi, who headed benches that heard important and sensitive cases such as the Ayodhya land title dispute, the Rafale case, the Assam NRC issue and the Sabarimala matter, was nominated to the Upper House by the government Monday. “I have accepted the offer of the nomination to the Rajya Sabha because of strong conviction that the legislature and judiciary must, at some point of time, work together for nation-building,” he had earlier told an Assamese news channel.

Finance Minister Nirmala Sitharaman will move The Banking Regulation (Amendment) Bill, 2020 in Lok Sabha today for consideration and passing. Congress MP Ramya Haridas has given an Adjournment Motion Notice in the Lower House over the ‘government’s decision seeking call data records of all mobile subscribers’. In Rajya Sabha, the government today came under attack for seeking call data records of all mobile subscribers across pockets of the country. Union IT Minister Ravi Shankar Prasad said, “To address the issue of call drops, numbers are taken and it is being done with the cooperation of the operations. There is no intrusion and surveillance and we stand committed to it.”

In the Rafale aircraft deal matter — the Opposition Congress used it as its main campaign issue in the 2019 elections — a bench headed by Justice Gogoi declined to order a probe into alleged irregularities in the deal. The verdict came as a massive respite to the Modi government. The bench also initiated criminal contempt proceedings against Congress leader Rahul Gandhi for wrongly attributing to the apex court his “chowkidar chor hai” remark against Prime Minister Narendra Modi in connection with the Rafale case.

The first CJI from north-east India, Justice Ranjan Gogoi headed a five-judge bench that ruled on the Ayodhya title dispute, awarding it unanimously to parties in favour of building a Ram temple on the site where the Babri Masjid stood before its demolition in December 1992. In the NRC case, CJI Gogoi presided on the bench that directed and oversaw implementation of the NRC that involved the question of ethnicity in Assam and citizenship — he himself is an Assamese. The process concluded under his watch in Assam was rejected by the ruling BJP in the state. His nomination comes at a time when the proposed nationwide NRC and the new citizenship law have sparked protests across the country.

As ex-CJI Ranjan Gogoi reached the designated spot to take the oath, opposition members raised slogans prompting Chairman M Venkaiah Naidu to say that it was unbecoming of members. 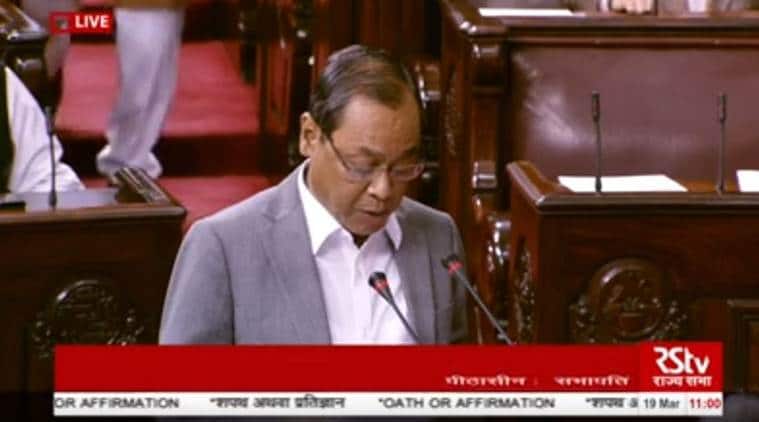 Justice Gogoi’s nomination announcement had drawn sharp reactions. Congress spokesperson Randeep Surjewala, on his Twitter handle, juxtaposed the report of the nomination with an article on India’s judiciary facing an increasing lack of trust by the public. AIMIM leader and Lok Sabha MP Asaduddin Owaisi tweeted: “Is it “quid pro quo”? How will people have faith in the Independence of Judges? Many Questions.” Former Union Minister Yashwant Sinha too took to Twitter: “hope ex-cji Ranjan Gogoi would have the good sense to say ‘NO’ to the offer of Rajya Sabha seat to him. Otherwise he will cause incalculable damage to the reputation of the judiciary.”

The Question Hour is underway in both Lok Sabha and Rajya Sabha.

Ex-CJI Ranjan Gogoi today was sworn in as the Rajya Sabha MP in Parliament. 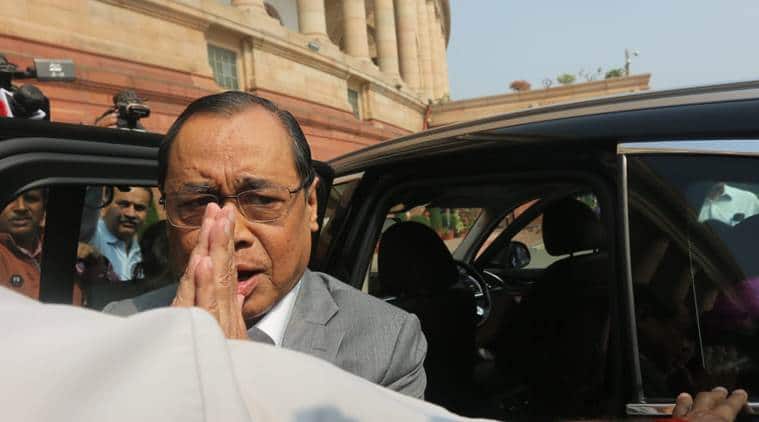 Ex-CJI Ranjan Gogoi’s nomination comes four months after his retirement on November 17, 2019. His tenure as CJI was marred by allegations of sexual harassment levelled by a Supreme Court woman employee — he was cleared of the charge by an in-house panel before he demitted office. Gogoi is the second CJI to become a member of the Upper House. Former CJI Ranganath Misra was nominated to Rajya Sabha by the Congress and served from 1998 to 2004. Former Supreme Court judge Fathima Beevi was appointed Governor of Tamil Nadu from 1997-2001. CJI P Sathasivam was also appointed Governor of Kerala from 2014-2019. While Justice K Subba Rao contested the fourth Presidential elections, Justice Mohammad Hidayatullah became Vice President from 1979 to 1984.

In a notification, the Ministry of Home Affairs announced his nomination to Rajya Sabha: “In exercise of the powers conferred by sub-clause (a) of clause (1) of article 80 of the Constitution of India, read with clause (3) of that article, the President is pleased to nominate Shri Ranjan Gogoi to the Council of States to fill the vacancy caused due to the retirement of one of the nominated members,” the notification said. The vacancy was created following the retirement of K T S Tulsi.

Former chief justice of India (CJI) Ranjan Gogoi on Thursday will take oath as member of the Rajya Sabha at 11 am. Gogoi, who headed benches that heard important and sensitive cases such as the Ayodhya land title dispute, the Rafale case, the Assam NRC issue and the Sabarimala matter, was nominated to the Upper House by the government Monday. Get latest updates from Parliament here. 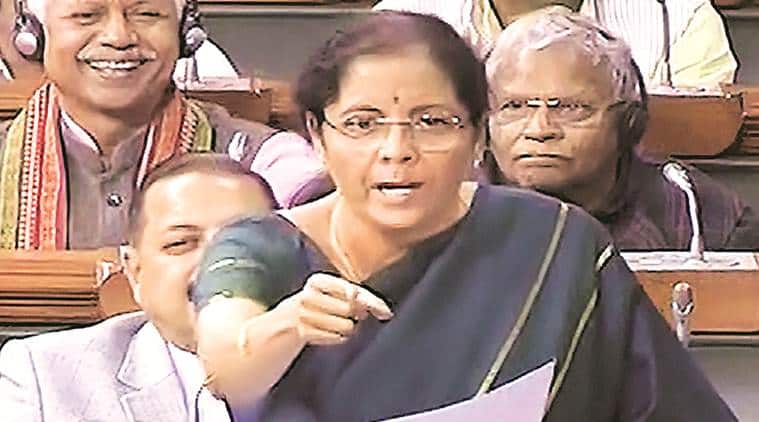 On Wednesday, Opposition members across party lines attacked the government over curtailment of democratic rights of people of Jammu and Kashmir. Finance Minister Nirmala Sitharaman countered the offensive with her ministerial colleagues Jitendra Singh and G Kishen Reddy chipping in. “The cash supplementary side of the grants includes additional expenditure on account of enhancement in dearness allowances, increase in number of pensions, etc. These are things for which we seek the permission of the House for clearing the grants,” Sitharaman said. “Corruption,” she claimed, “has ended. Things have become more transparent in Jammu and Kashmir after abrogation of Article 370.”

The issue of precautions against coronavirus loomed large over Rajya Sabha on Wednesday. As the House gathered, three members of the TMC — Derek O’Brien, Sukhendu Sekhar Ray and Nadimul Haque — walked in wearing masks. As soon as the session began, Chairman M Venkaiah Naidu warned the members that “no masks are allowed inside the House”. Asking the three to remove the masks, Naidu said they were senior members and aware of the rules.

Finding an opportunity, Congress member M V Rajeev Gowda said, “It is a matter of concern that when we are advising everyone to practice social distancing, Parliament is continuing to function.

“We should be setting an example and preventing it. We meet people from everywhere across the country and we are probably most at risk within Parliament, and the House of Elders with extremely senior people are also at risk. So, I would urge the government to set aside other issues and focus on whether the Parliament sittings can be postponed or the Session can be adjourned and postponed. The virus does not know that we are MPs. The virus does not care about MPs,” Gowda said.