The court had granted Karti Chidambaram permission to travel abroad in January and May and ordered him to pay a Rs 10-crore deposit each time. 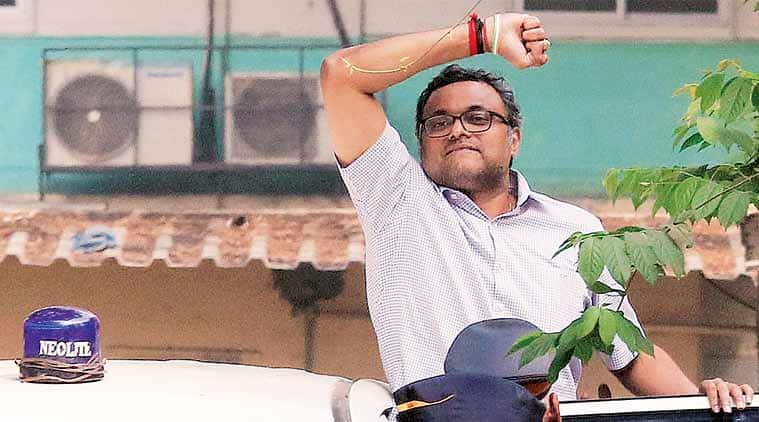 The Supreme Court Wednesday dismissed the plea of Congress MP and son of former union minister Karti Chidambaram seeking the return of Rs 10 crore which he had deposited with the court’s registry for travelling abroad, news agency PTI reported. Karti has claimed that he borrowed the money as loan and was incurring interest on it.

The Enforcement Directorate (ED) and the Central Bureau of Information (CBI) are probing allegations of irregularities in granting Foreign Investment Promotion Board (FIPB) approval to a firm when P Chidambaram was finance minister in 2006.

On May 7, a bench headed by the CJI had allowed Karti, son of former Union minister and senior Congress leader P Chidambaram, to travel to the United Kingdom, US, France, Germany and Spain in May and June this year. The apex court had in January also granted Karti permission to travel abroad after depositing Rs 10 crore with the secretary general of the Supreme Court. His counsel told the top court that since Chidambaram had returned after his first trip, the money should be returned to him.

“I (Karti) had taken a loan of Rs 10 crore. I am paying interest on it. I had returned to India,” the counsel said, adding, “I (Karti) was allowed to travel abroad after depositing Rs 10 crore. I have returned back. The registry is saying that you give us a formal order of the court then only we will return the money”.

The court, on the request of ED, had earlier asked Karti to file an undertaking that he would return to India and cooperate with the investigation. The court had said that it would “come down heavily” on Karti if he did not cooperate.

Karti and Chidambaram have been granted interim protection from arrest in the Aircel-Maxis case up to May 30.