The Indian Navy celebrated Navy Day on Saturday with colourful performances by the personnel.

“Greetings on Navy Day. We are proud of the exemplary contributions of the Indian navy. Our navy is widely respected for its professionalism and outstanding courage. Our navy personnel have always been at the forefront of mitigating crisis situations like natural disasters,” Modi said in a tweet.

Navy Day is celebrated every December 4, as on this day in 1971 during the Indo-Pak war Indian Navy undertook Operation Trident in which its missile boats carried out an audacious attack to sink enemy ships.

Following are a few glimpses of the celebrations.

Please click on the images below for a better look. 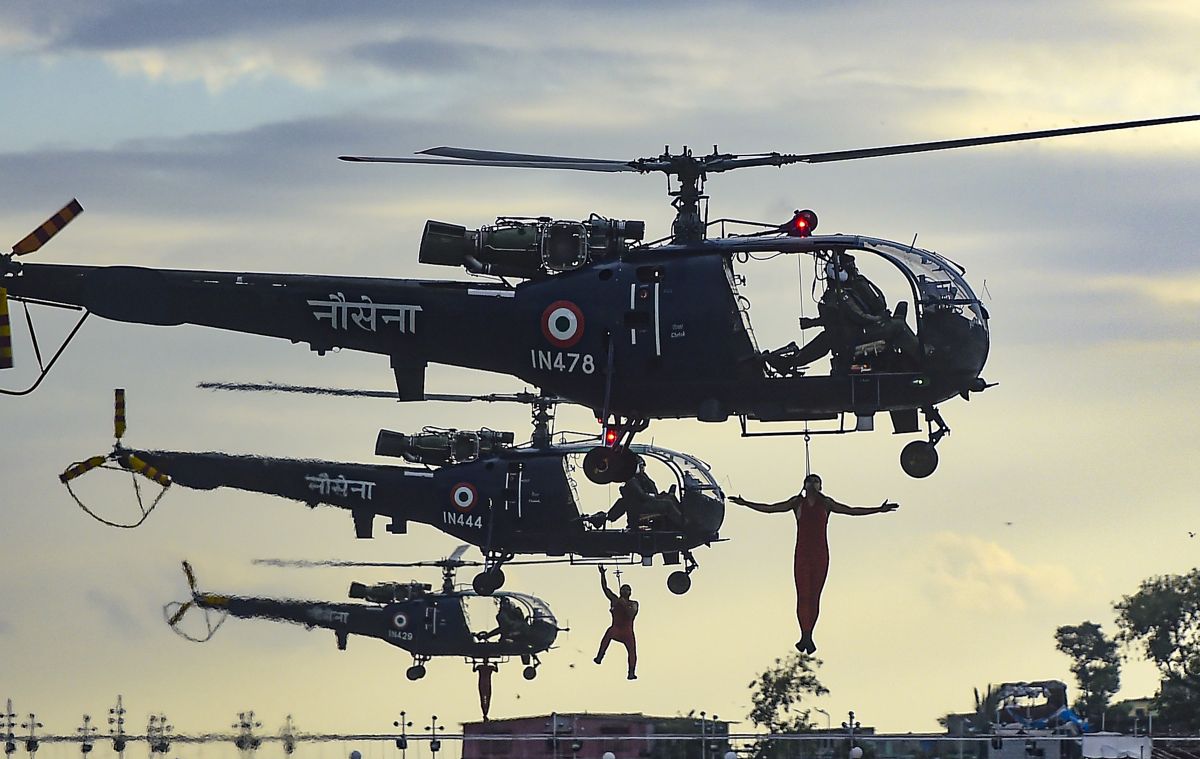 IMAGE: Indian Navy personnel display their skills at the Gateway of India.
All Photographs: PTI Photo 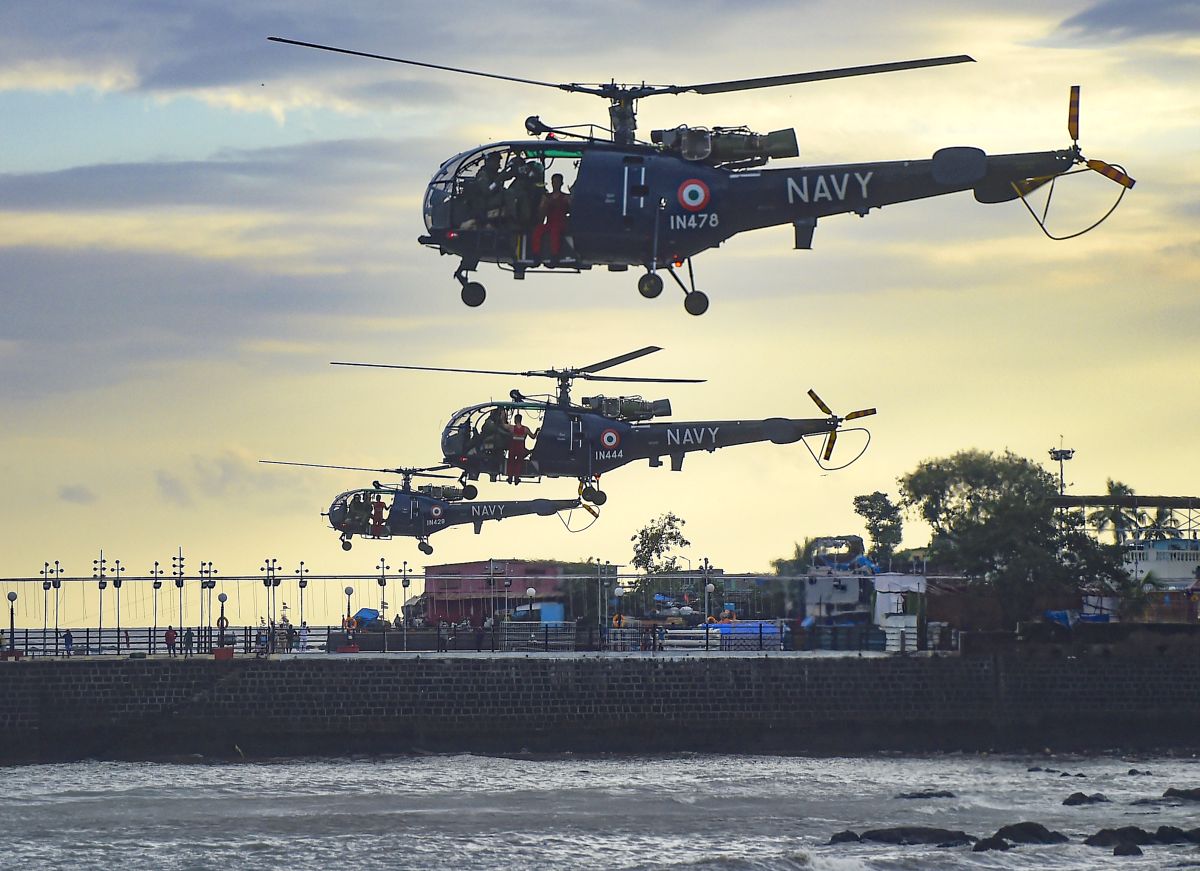 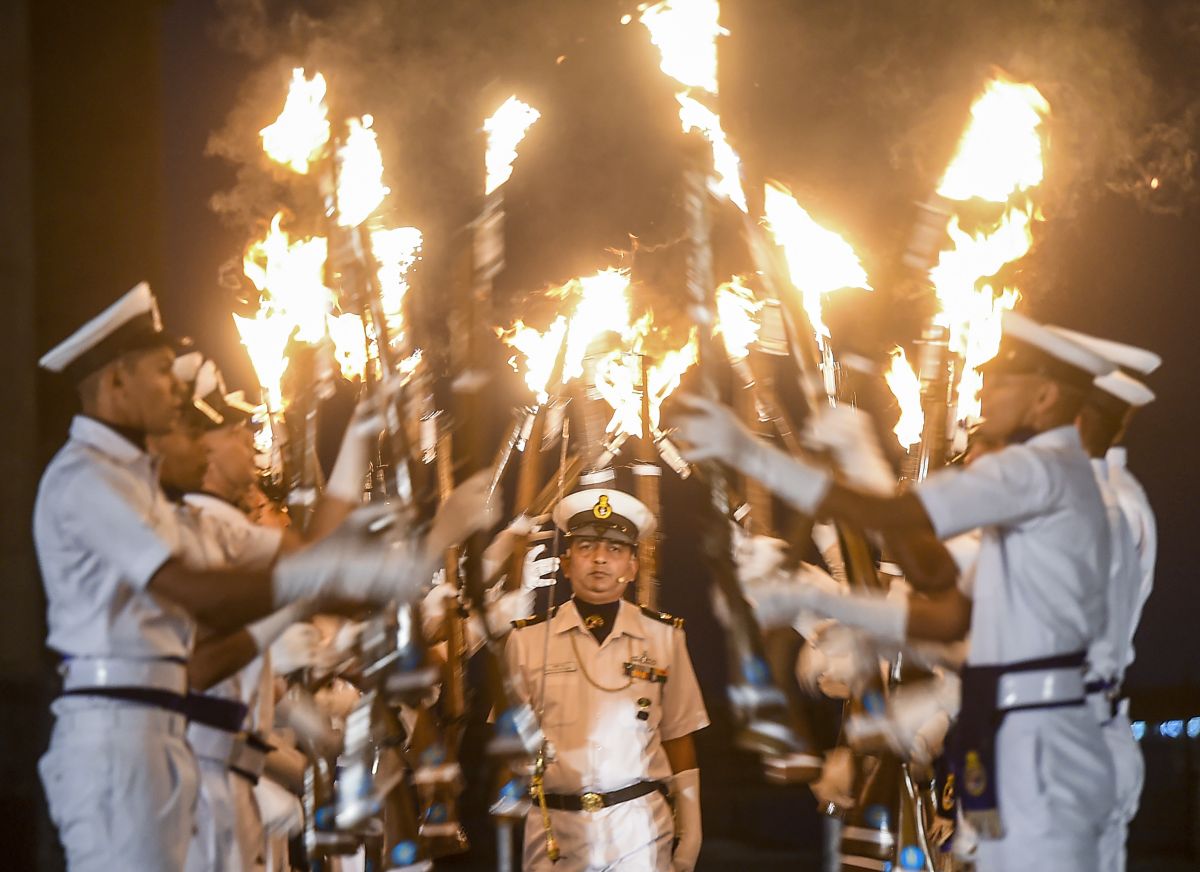 IMAGE: Indian Navy personnel perform with rifles during the celebrations. 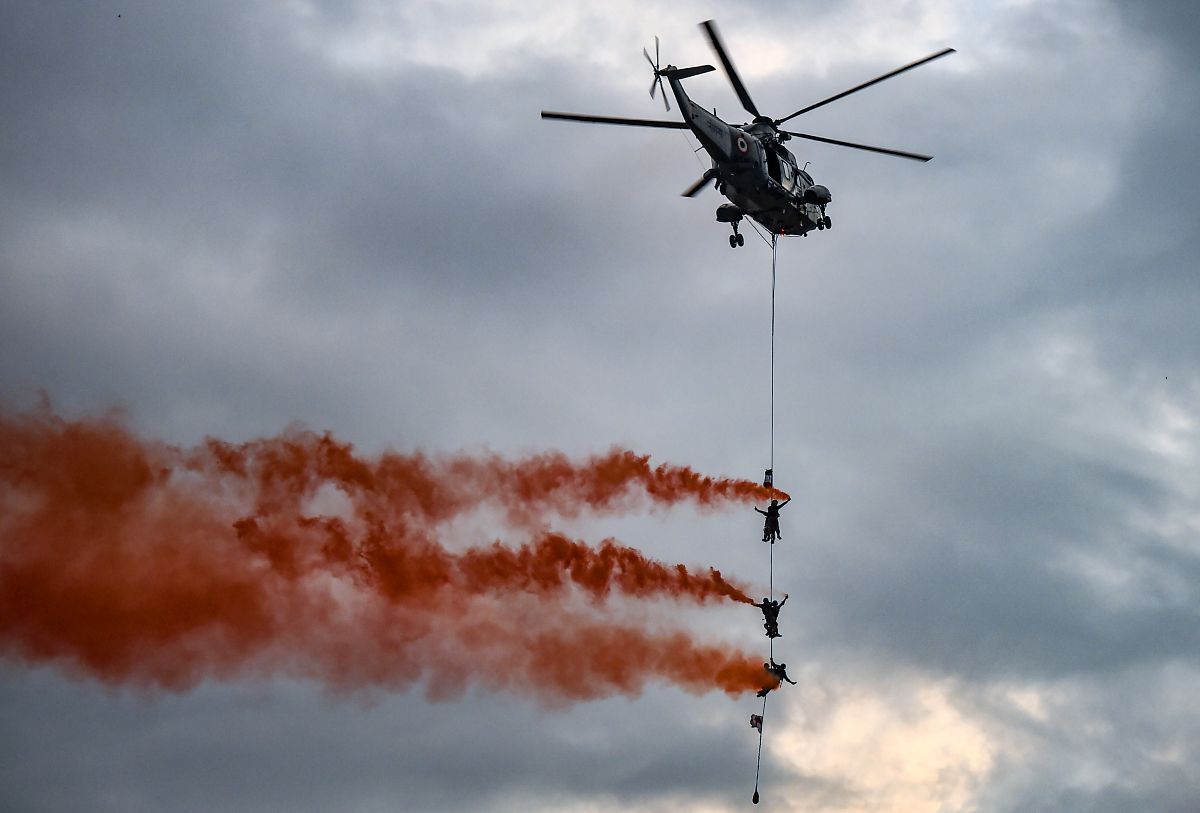 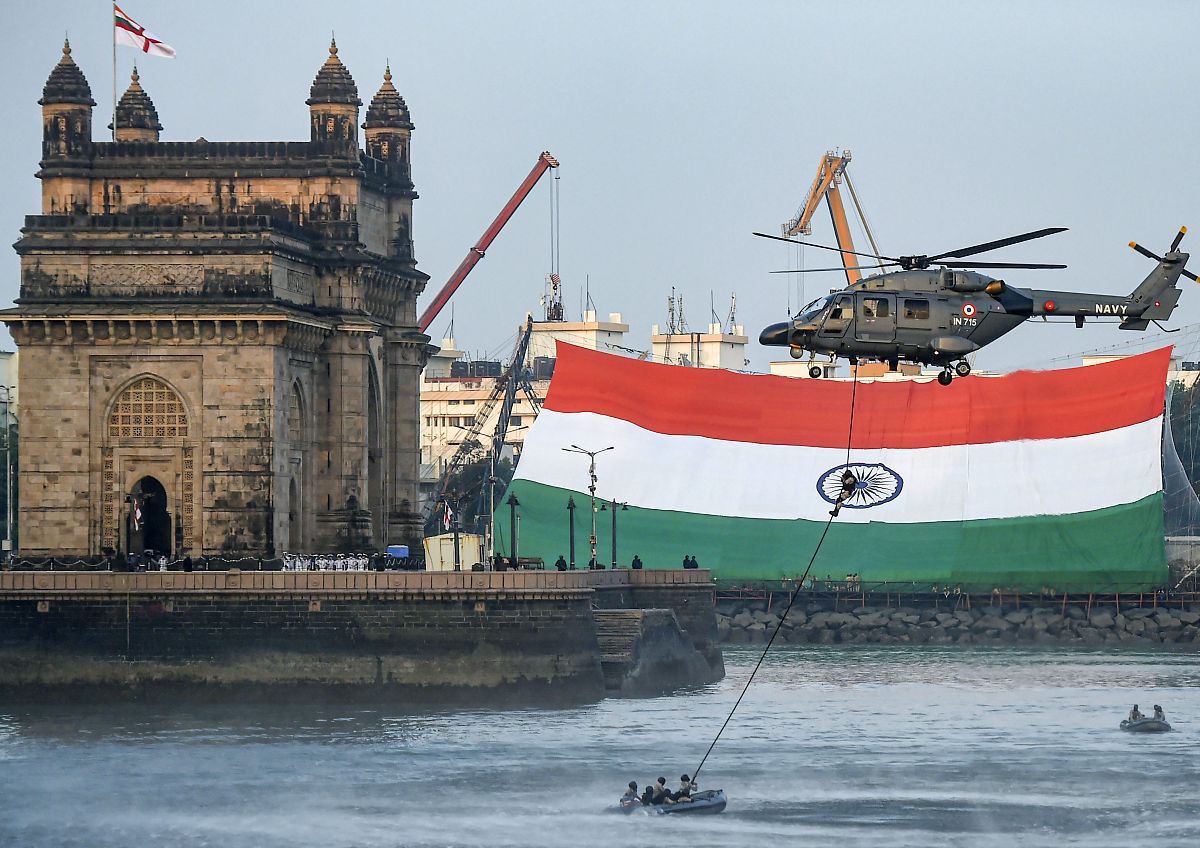 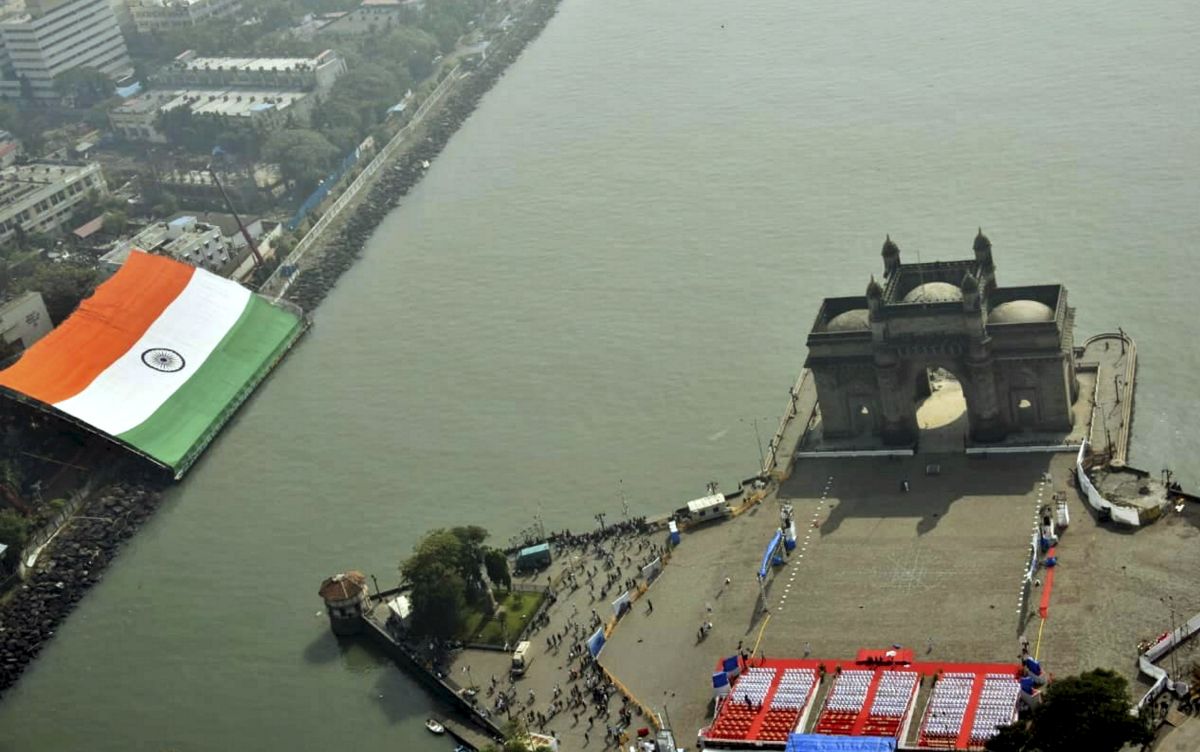 IMAGE: World’s largest national flag being exhibited by the Western Naval Command on Navy Day at Naval Dockyard near Gateway of India in Mumbai. 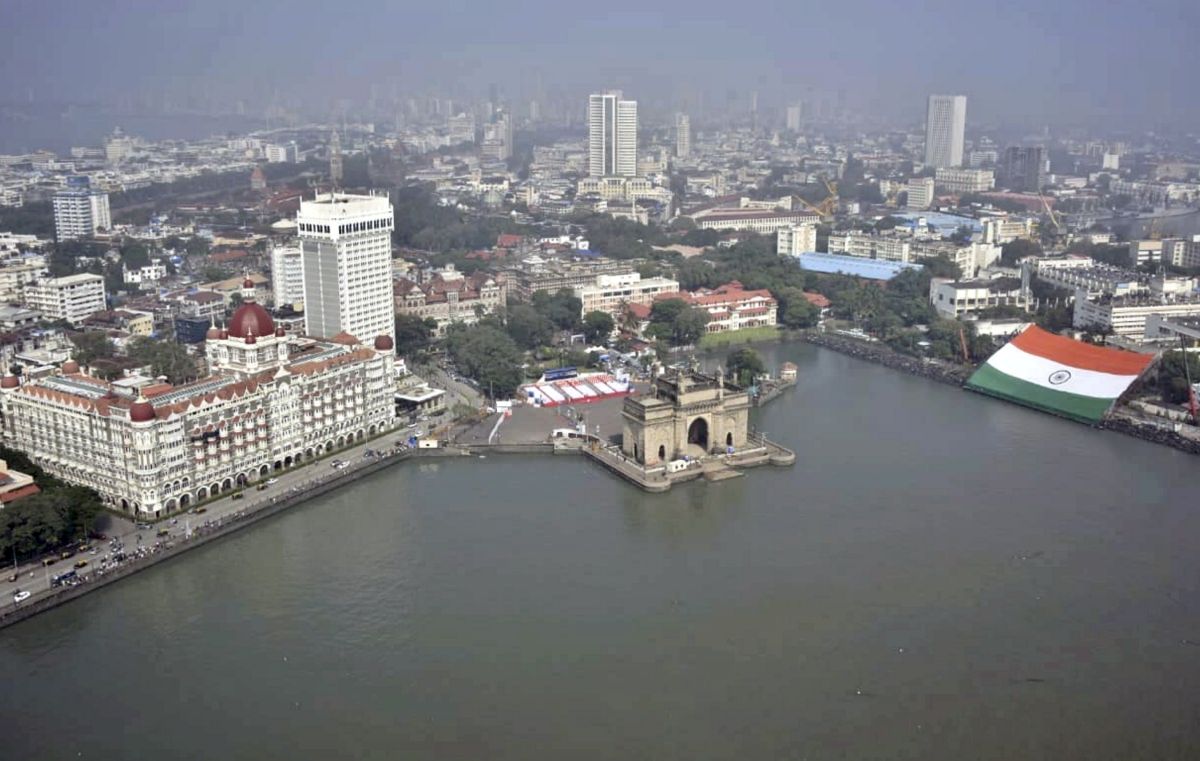 IMAGE: An aerial view of the celebrations. 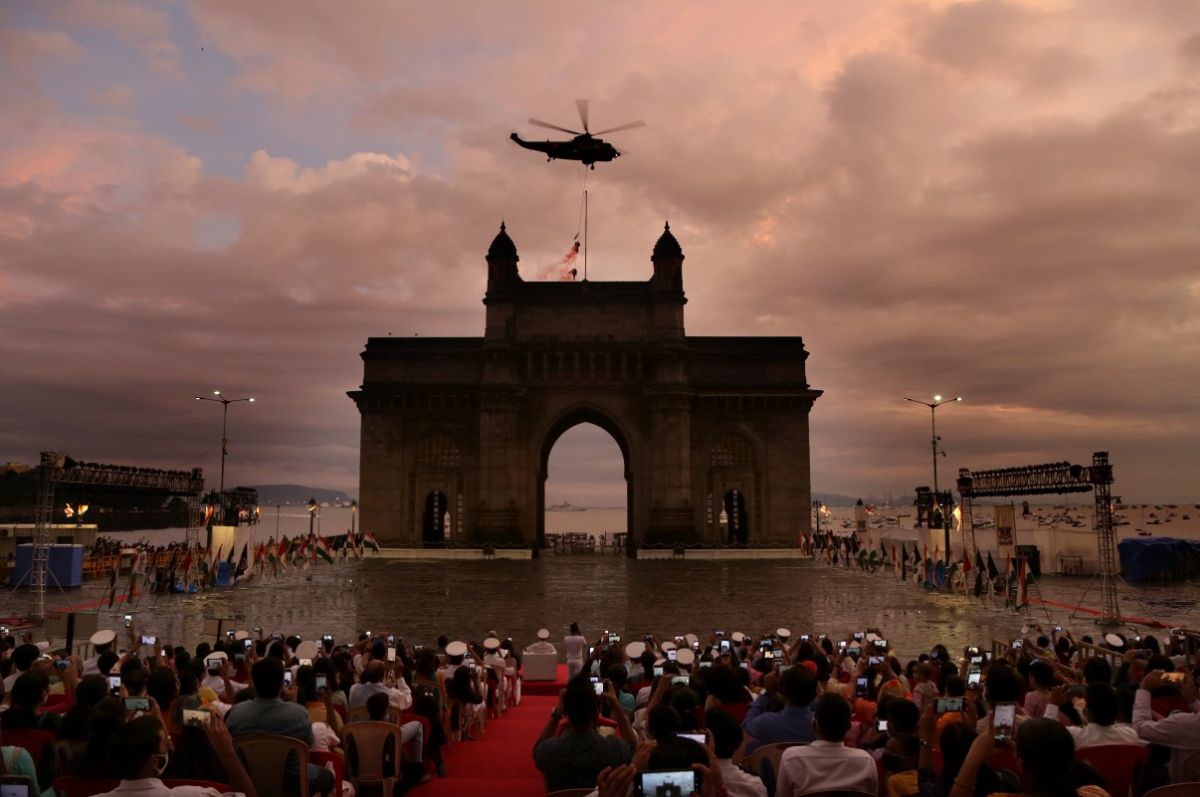 IMAGE: A helicopter hovers above the Gateway of India.