The pandemic has only worsened the situation, with most matters being put on the back burner and claims lying in cold storage. 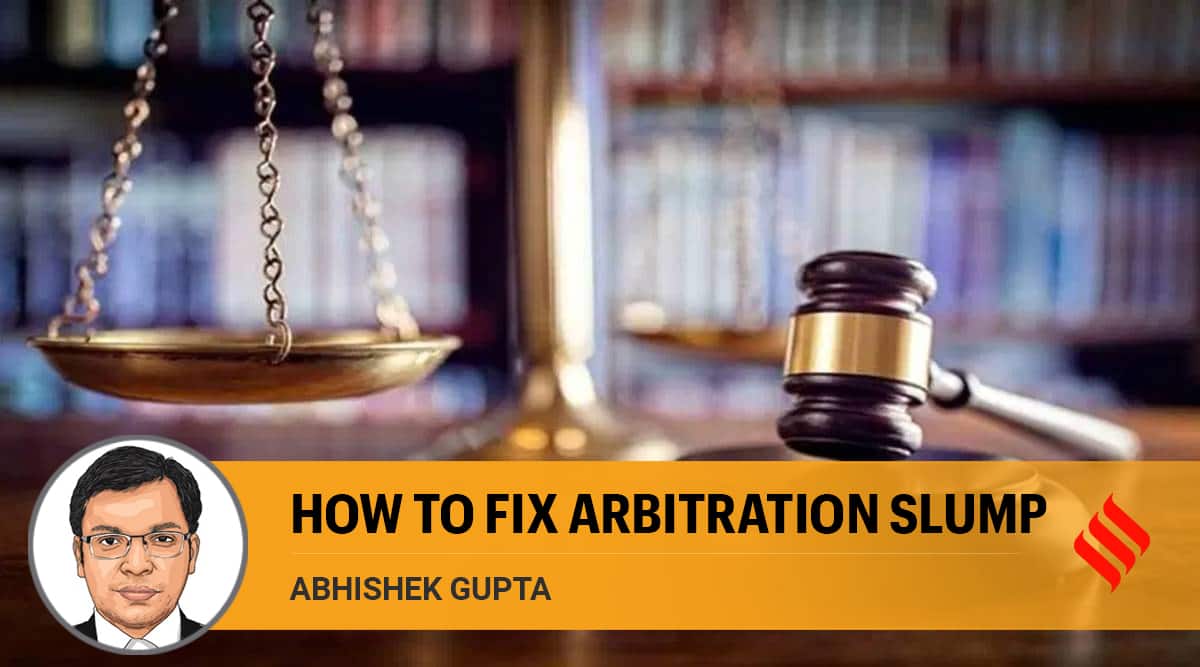 A lot has been said about the slump in arbitration, propelled by rising costs and sluggish proceedings. Arbitration proceedings are often dragged on by lawyers on either side filing misconceived applications at various stages of the proceedings. Litigants, too, at times contribute to this delay with their stubbornness in not conceding a loss or defeat. Early recognition and analysis of the risks and costs of pursuing legal recourse is missing in the Indian legal system, and is the primary reason for its high costs and inefficiency.

The courts have somewhat placated the apprehensions and concerns regarding arbitration by narrowing the scope of judicial interference under Section 34 of the Arbitration and Conciliation Act and deferring to the adjudication of arbitrators. But this has also resulted in heartburn to litigants, aggrieved by the decision making of arbitrators. The very limited recourse for setting aside an arbitral award under the Act invariably means that it will be upheld, even if it appears unfair or illogical.

Naysayers lament the fact that arbitration hearings are generally held in camera, and decisions are usually not publicly accessible, giving rise to doubts about impartiality and fairness, which is hardly a ground for review under Section 34 of the Act. The aggrieved party may well be stuck with the award and precluded forever from challenging it. The policy of the courts to uphold arbitral awards on an “as is where is” basis has inadvertently jacked up the vast discretion of the arbitral tribunals and led to an over-indulgence in the tribunals by some parties. In 1984, in Tarapore and Company v. Cochin Shipyard Ltd, the Supreme Court had remarked that an honest man dreads arbitration more than lawsuits. The same fear persists today.

Arbitration proceedings have become more complex with time. Arbitrators have endeavoured to simplify the proceedings by limiting the pleadings, insisting on written arguments, reducing the number of sittings and laying down a schedule for various milestones. But the parties and their lawyers habitually derail the proceedings by filing extensive and superfluous motions, interrogatories, discovery, applications for additional documents and evidence at belated stages, resulting in unending oral and written submissions.

The pandemic has not spared arbitration either, with most matters being put on the backburner and claims lying in cold storage. The concomitant economic slowdown is likely to worsen the situation and proliferate frivolous claims. Hudson’s Building and Engineering Contracts reflects on this paradox and remarks that, “Contractors in recessions price down to secure business and survive, find their key men relatively unemployed before new contracts can be obtained, and so have both the skilled personnel available and a pressing incentive to re-examine the history of their completed contracts in order to squeeze the last possible drop of additional remuneration which the claims mechanisms of those contracts and legal ingenuity can provide. Equally, owners and developers, under the financial pressures of recession, and often seeing falling markets for their commercial projects, may endeavour to minimise or postpone payment by any means available, however irresponsible. This is apart altogether from opportunistic terminations of the contract by either side in such conditions in order to avoid its consequences.”

The inevitable consequence of these drawbacks is a slow departure of the biggest litigant, the government, from the arbitration spectrum. The misgivings of government departments and PSUs about arbitration are not entirely unfounded. A sector that is dominated by approvals, protocols and scrutiny, uncertainty about the budget outlay towards arbitrations and unexpected delays in disposal does not inspire confidence and detracts from the sanctity of the process. Even the clauses providing for fees of the arbitrators and fixed timelines for disposal are often disregarded by the players and the umpire. Though the Supreme Court, in National Highways Authority of India v. Gayatri Jhansi Roadways Limited has upheld the agreement on the arbitral fees between the parties as binding, no party likes to cross the “Lakshman Rekha” of suggesting an appropriate fee to the tribunal. Cases, where no such agreement exists, do not fare any better. Surely the loss of earnings occasioned by elevation to the bench cannot be made good in a few years.

Almost three decades ago, the Supreme Court, in Guru Nanak Foundation v. Rattan Singh and Sons, delivered a jeremiad against the procedural delays and tardiness in the resolution of disputes through arbitration and observed, “However, the way in which the proceedings under the Act are conducted and without exception challenged in courts, has made lawyers laugh and legal philosophers weep. Experience shows and law reports bear ample testimony that the proceedings under the Act have become highly technical accompanied by unending prolixity, at every stage providing a legal trap to the unwary. An informal forum chosen by the parties for expeditious disposal of their disputes has, by the decisions of the courts, been clothed with legalese of unforeseeable complexity.”

In State of Orissa v. Gangaram Chhapolia, it was observed that, “Arbitration of late is being considered as a sure way to overnight riches and affluence. It has become a big business.”

These words have returned to haunt the realm of arbitration. Some restraint is needed from all quarters to bring its wheels back on the tracks. It still has the inherent potential and characteristics to outperform other modes of dispute resolution, with a small check on the arbitral fees and timelines, careful drafting of arbitration clauses, stringent procedural safeguards to curb delays, expeditious disposal of the court proceedings and legislative intent towards all of the above.

This column first appeared in the print edition on July 10, 2021 under the title ‘The pushback on sedition’. The writer is an advocate in the Supreme Court of India.