Fariah Saidi writes: These women had thriving careers in Afghanistan, but in a new country, where they might not even understand the language at first, proving their credentials will be very tough. They will have to start from scratch. All the progress of the past years will come to naught. 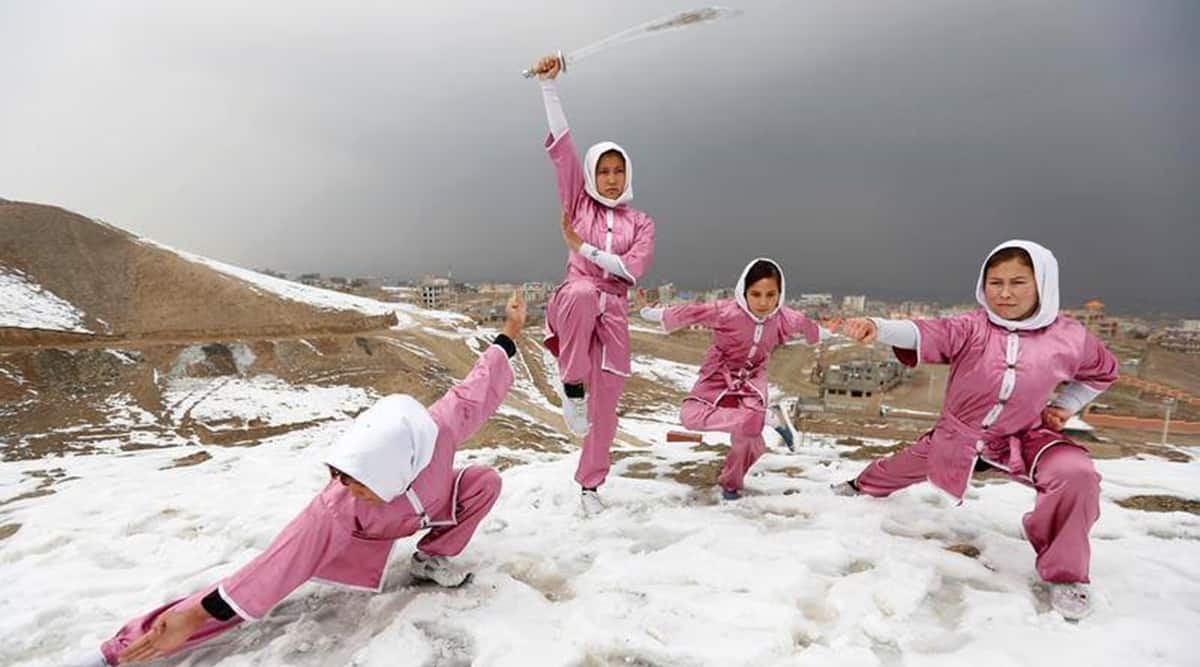 Since Thursday, my phone hasn’t stopped ringing. The Kabul airport carnage has left my family and colleagues in Afghanistan shaken. Scared for their lives, they say they have no option but to leave their homes and contemplate lives as refugees in foreign lands, with nothing but a set of clothes and hope for survival. Besides, for many of my colleagues at Zan TV, Afghanistan’s first television channel for and by women, the Taliban takeover could also snatch away their hard-earned freedoms and careers. Their spokesperson has already asked working Afghan women to stay at home as Taliban soldiers are “not trained to respect them”.

Afghanistan is used to the vicious circle of gruesome war and occasional peace. During one such brief period of calm in 2017, Zan TV was set up to give voice to women and tell their stories. For instance, one of the stories that we broadcast was on widows of men who lost their lives in the war. We got the most inspiring narratives, where many of these women had become successful entrepreneurs to earn a living.

While there were women in the media in Afghanistan, the industry had been largely male- dominated. One of my colleagues (whom I can’t name to ensure her safety) told me how when she told her family she wanted to become a journalist, after graduating from college, they were apprehensive. So she took up teaching, considered a job suitable for women in Afghanistan. But when she heard about Zan TV, she convinced her family and got the job. Her income helped her family too. Then there were families who were unsure about their daughters coming in front of the camera for news reports.

Among the 50-60 employees at Zan TV — writers, producers, directors, reporters and anchors — many of them in their 20s, such stories were commonplace. Some of my colleagues were also the sole breadwinners of their families.

The job gave them a chance to go out on the streets and get sound-bites of other women on issues that mattered. They were also secure in the knowledge that their work will be understood by editors back at the office, which was not the case in other media outlets where the editorial lens was largely male.

In the past year, our show Women of Impact, hosted by one of my colleagues based in Germany, gained a lot of popularity. It helped us connect with Afghan women achievers across the world — politicians, academics, entrepreneurs, activists, among others. In a country where women were once not allowed to leave their homes and fear of torture and death loomed large, the show gave role models to young girls and women. It gave them hope of achieving their true potential.

Many of those dreams may never see the light of the day now. Given their past record, the Taliban cannot be trusted, and that is why my Afghanistan-based colleagues want to leave. But as I share their pain over long phone calls and advise them, I am also aware that life as a refugee is very difficult. These women had thriving careers in Afghanistan, but in a new country, where they might not even understand the language at first, proving their credentials will be very tough. Some of them who have managed to flee have left behind their school and college degrees. They will have to start from scratch. All the progress of the past years will come to naught.

My family was forced to leave Afghanistan in the mid-’90s during the Mujahideen regime. I was in junior school then, and would often hear stories of war and persecution from my mother and grandmother. But along with those, there were also accounts of grit and courage shown by Afghan women and how they kept their families afloat. They didn’t just survive, they thrived.

Despite the ongoing wars, the level of education among them was high, many completed their graduation. A large number of them spoke English and some even went on to join the Parliament. It was this other side of the Afghan woman, one that the world had seen very little of, that Zan TV captured and which inspired me to join them. It gave me the role models that I needed in my life too.

Unfortunately, since Taliban forces surged through the Capital and other parts of the country, the broadcast has stopped. We have been updating news on the outlet’s online platforms, but that’s all. But as we find our way through this difficult time, some memories bring a smile to my face and revive hope. Once, when an acquaintance and I were talking about my work, he told me about his cousin in Afghanistan who wanted to become a journalist and how she struggled to convince her family, but then went on to do very well. He said the family was really proud of her. Turns out, she was the same girl who had taken up teaching before joining Zan TV!

What is happening now is heart-breaking, but with women like my grandmother, mother and the many employees of Zan TV who are determined to grow and thrive, a new beginning may be around the corner.

(As told to Ankita Dwivedi Johri)