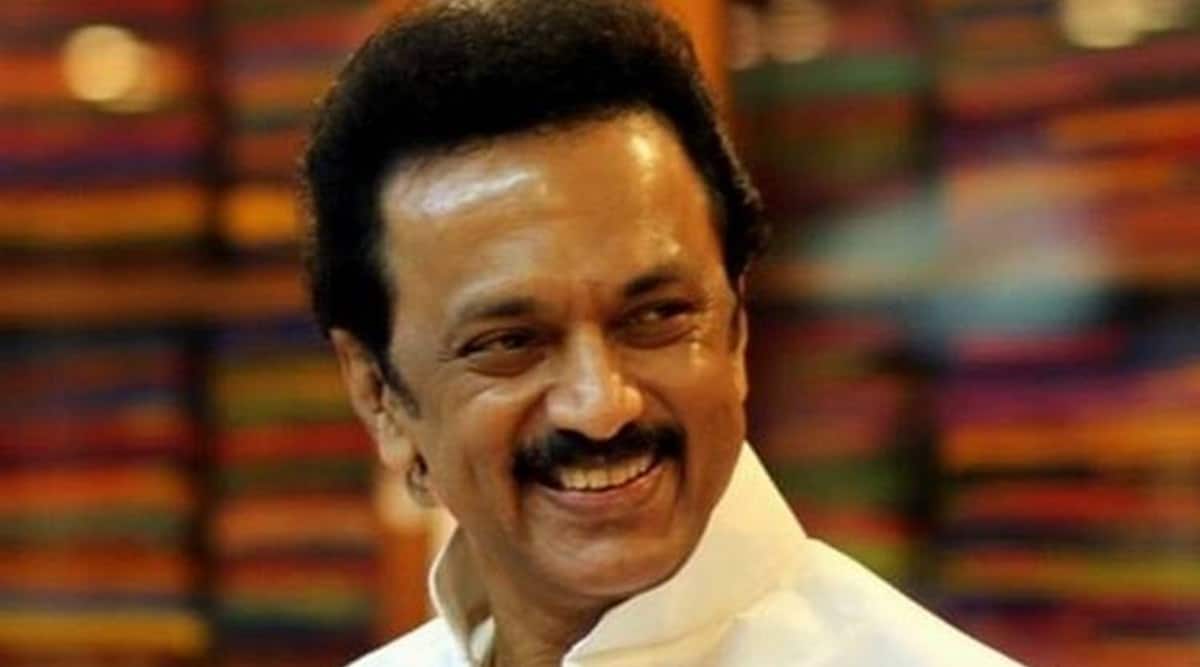 The Income Tax department Friday launched a series of search operations in Tamil Nadu targeting DMK leaders including DMK chief M K Stalin’s daughter Senthamarai. Of the 28 premises searched, four belonged to Senthamarai and her husband Sabareesan, considered one of the most powerful persons helping Stalin in the elections.

The I-T action commenced at Senthamarai’s residence in Teynampet and Neelankarai in the morning. Subsequently, premises of Lotus Bala, a friend and businessman close to Sabareesan, DMK’s Tiruvannamalai MP C N Annadurai, DMK MLA MK Mohan’s son Karthick Mohan in Anna Nagar in Chennai, and Senthil Balaji, one of the most powerful DMK leaders in central Tamil Nadu, were also searched by the I-T department.

Mohan is also the state deputy secretary of DMK’s IT wing, a team that had been working overtime to amplify rallies and speeches of Stalin and his son Udhayanidhi across social media platforms.

Stalin who was campaigning at Ariyalur and Perambalur districts said the raids will not affect him. “I have seen MISA (Maintenance of Internal Security Act) and Emergency. I would like to tell one thing to (Prime Minister Narendra) Modi — this is DMK… do not forget that. I am Kalaignar’s son. You cannot scare us with such raids, we will not surrender the entire state to you like AIADMK leaders after some I-T, CBI raids,” he said.

Stalin’s son Udhayanidhi continued his attack on Modi and Amit Shah in his poll rallies on Friday too even as searches were on at his sister’s house. “Dear Modi, Dear Amit Shah, I am not Edappadi K Palaniswami or O Panneerselvam to fall at your feet. Who am I? I am Udhayanidhi Stalin…,” he said.

Referring to the I-T raids at his sister’s house, Udhayanidhi said: “I am challenging you… I am giving you my house address – 25/9, Cenotaph Road, Sittaranjan Salai, Chennai. I challenge you, come to my house if you have courage… I will show you what all I have.”

Sources in the I-T department said searches were conducted on three groups and a few individuals in Tamil Nadu — all of these are involved in businesses ranging from distilleries and breweries, real estate, local financing and solar power EPC. “Part of these are alleged to have been actively assisting in political cash distribution,” a source said. “All the premises are in Chennai, Coimbatore and Karur. Several incriminating materials on tax evasion have been found… A total of 28 premises are covered under Section 132 of the I-T Act,” the source said, adding searches were still on.

Meanwhile, the DMK sent a letter to the Election Commission alleging that “the Income Tax department has been used as a sword and as a pawn in the hands of the ruling BJP party”. It said “there are no reasons as to why these searches are being conducted few days before the election date.”

The letter said the “intention of the AIADMK-BJP led alliance was to “somehow or the other, tarnish the image of DMK.” It said the DMK was being targeted after the Centre had sensed a massive victory for the party in the polls.

The DMK’s allies Congress and the Left hit out at the Central government over the raids. Many other opposition parties also rallied behind the DMK.

Trinamool Congress leader Derek O’Brien said there was nothing new in such raids. “What’s new! At BJP and MO-SHA’s command the agencies act. Brazen political vendetta in Tamil Nadu against a political opponent you cannot defeat politically. We strongly condemn the blatant political vendetta against DMK and M K Stalin,” he said.

“Dear M K Stalin ji..We have had enough of these from the ‘Dirty Trick Department’. Brazenly using these agencies for ‘political goal’ is the NEW NORMAL by BJP….They should realize not all can be scared by these intimidating techniques. Fight On!!” tweeted senior RJD leader Manoj Kumar Jha.

“I strongly condemn motivated & revengeful raids in the house & premises of M K Stalin’s son in law. This shows frustration on the part of BJP and AIADMK that they conceded defeat in the election BJP Govt misusing official machinery is blatant,” former Puducherry Chief Minister V Narayanasamy said.

(With inputs from Aanchal Magazine in New Delhi)