Fadnavis, the former chief minister, alleged that Singh’s predecessor Subodh Jaiswal had brought evidence of a “transfers racket” in the police department to the notice of Thackeray who “refused to act”. 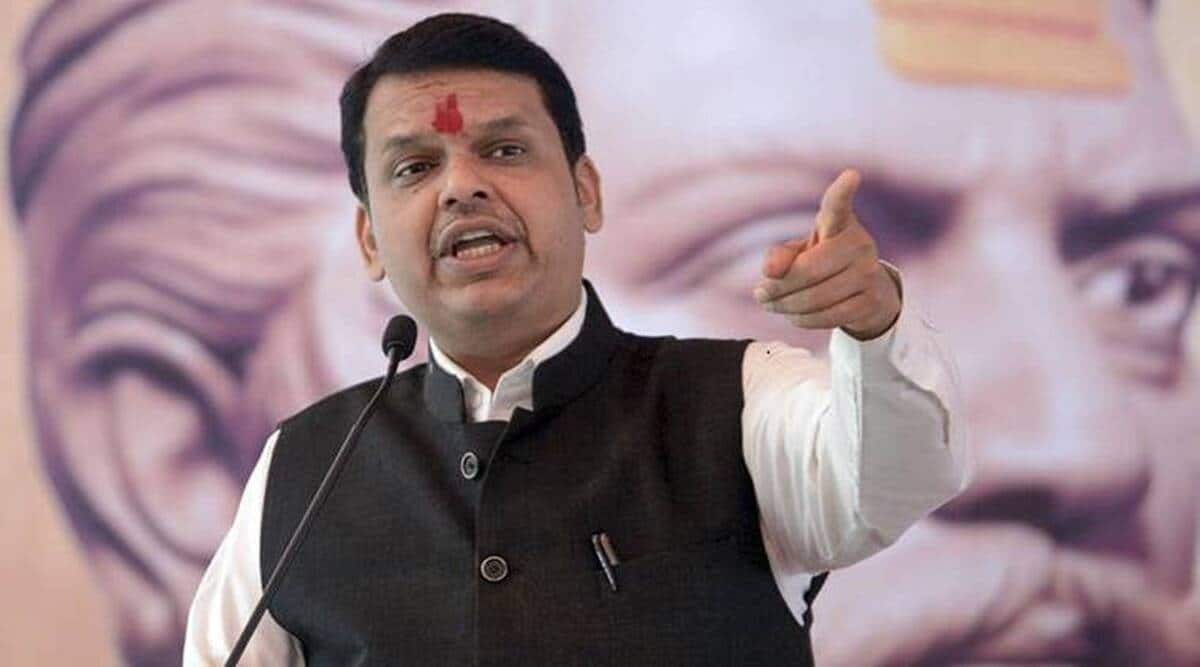 THE BJP on Sunday stepped up its attack on Maharashtra Chief Minister Uddhav Thackeray over the serious corruption allegations levelled by Mumbai’s former police chief against the state’s Home Minister, with Union Minister Ravi Shankar Prasad demanding his resignation and Opposition Leader in the State Assembly Devendra Fadnavis accusing him of covering up an alleged “transfers racket”.

Speaking to reporters in Patna, Prasad said Thackeray has “lost the moral authority” to govern and should recommend a CBI probe into Param Bir Singh’s allegation that Anil Deshmukh asked Assistant Police Inspector Sachin Waze, who is in NIA custody in connection with the Ambani house bomb scare case, to collect money from Mumbai’s bars and restaurants.

Referring to Thackeray’s defence of Waze in the bomb scare case, Prasad said: “The BJP would like to know what more dirty work was sought to be done through the ugly face of Sachin Waze. In my entire political career, I have never seen a Chief Minister defending an Assistant Police Inspector in the state House. What was the compulsion to defend Sachin Waze?”

Prasad also criticised Thackeray for “lowering the dignity” of his father and Shiv Sena founder Bal Thackeray by “defending an assistant inspector inside and outside the state Assembly”. “A CBI probe is ordered after the state government’s recommendation. It is CM Uddhav Thackeray who should ideally recommend the probe to ensure fair investigation,” he said.

Prasad also wanted NCP chief Sharad Pawar to explain if Deshmukh had been “collecting extortion money on behalf of himself, NCP or the government”.

The Union Minister sought to know why Waze was reinstated in service last year and “made in-charge of a serious case” (the bomb scare). “During my long political career, I have not heard of an ASI-level officer dealing with such an important matter. Generally, a SP or DySP level officer does so… Sachin Waze was an active Shiv Sena member till 2008,” Prasad said.

In Nagpur, Fadnavis, the former chief minister, alleged that Singh’s predecessor Subodh Jaiswal had brought evidence of a “transfers racket” in the police department to the notice of Thackeray who “refused to act”.

“Jaiswal was provided with complete evidence about the transfers racket by then Commissioner Intelligence (Rashmi Shukla). Jaiswal had brought this to the notice of the Chief Minister. But the CM refused to act. And finally, an honest officer like Jaiswal had to go back to the Centre,” he claimed.

Fadnavis claimed that after Shukla’s report about money allegedly changing hands in transfers, some phones were placed on surveillance with permission from the then Additional Chief Secretary (Home). Jaiswal is currently DG, CISF, and Shukla ADG, CRPF. Neither of them responded to calls and messages from The Indian Express seeking comment.

“A huge transfers racket is going on in the state and the name of the Home Minister (Deshmukh) is frequently coming up in this connection. But the government has refused to act on it… Eventually, Rashmi Shukla had to go to the Centre on deputation and those whose names had cropped up (in the racket) got plum postings,” Fadnavis alleged.

Calling for “a court-monitored inquiry” into Param Bir Singh’s allegations against Deshmukh, Fadnavis also reacted to comments by NCP chief Sharad Pawar demanding a probe against the former Mumbai police chief. “Why only Singh? The Home Minister’s role should also be probed,” he said.

Fadnavis called for Singh’s allegations to be “taken seriously” since “he had collected irrefutable evidence through WhatsApp before his transfer”. He also called for Deshmukh’s resignation “before any probe is done”, and said that the BJP would organise an agitation until that happens.