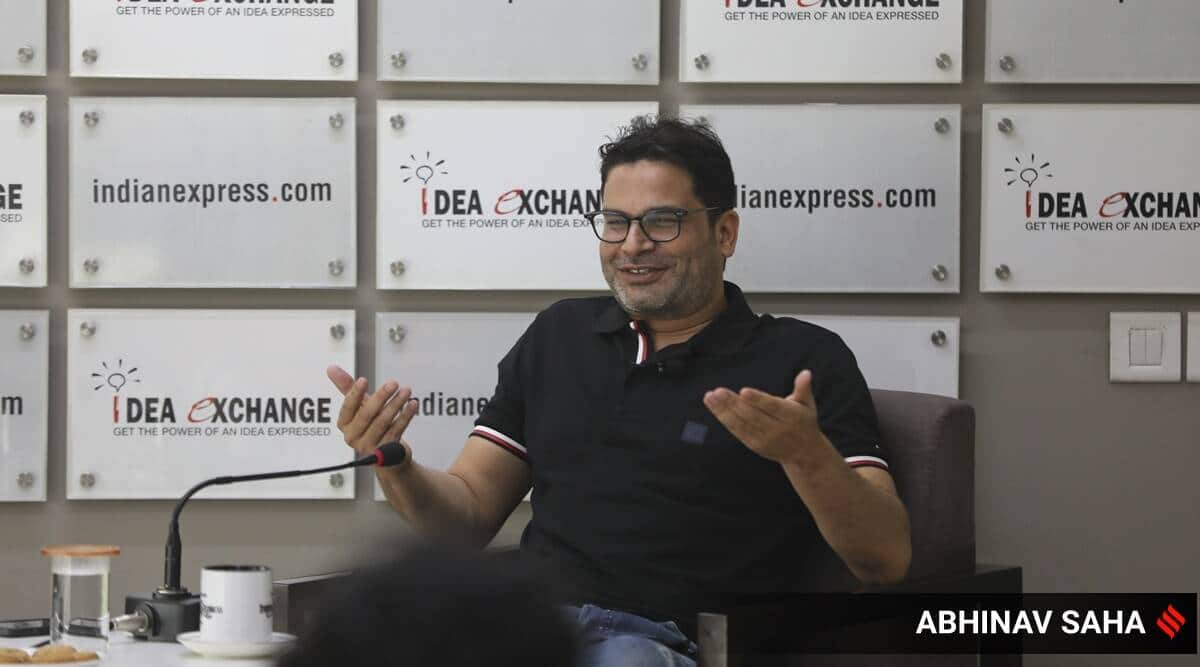 As 44 seats in West Bengal went to polls Saturday, Trinamool Congress chief Mamata Banerjee’s poll strategist Prashant Kishor found himself in controversy after statements he purportedly made during a public chat on Club House, a social media platform, went viral.

Reacting to the leaked audio clips, where he can be heard saying that the Trinamool’s internal survey shows BJP will be elected in Bengal this year, Kishor said, “I am glad BJP is taking my chat more seriously than words of their own leaders! They should show courage and share the full chat instead of getting excited with selective use of parts of it. I have said this before & repeating again – BJP will not to CROSS 100 in WB. Period.”

He also told news agency ANI, “Only selective parts of my entire conversation have been used. I urge them to release the full clipping so that things become clear.”

Meanwhile, senior BJP leader Amit Malviya tweeted a Club House clip, saying, “In a public chat on Club House, Mamata Banerjee’s election strategist concedes that even in TMC’s internal surveys, BJP is winning. The vote is for Modi, polarisation is a reality, the SCs (27% of WB’s population), Matuas are all voting for the BJP!”

The Indian Express could not independently verify the authenticity of the recordings.

Ahead of the elections, in an Idea Exchange with The Indian Express, Kishor had said that as per his estimates, the BJP would not be able to go past the three-digit mark. “If they do, I will cease to exist as a political aide to anyone. I must quit this space, and quitting this space does not mean Twitter; I won’t do this work ever,” he had said.

Explaining polarisation in Bengal, Kishor said, “They have been able to polarise, but the question is whether they have polarised the electorate enough to cross the threshold of 60% (of the majority votes). They cannot win Bengal unless they get at least 60% of the majority votes… I don’t think Bengal is as polarised as we have seen in other parts of India.”

Bengal, with 294 Assembly constituencies, is voting in eight phases. The first three phases were held on March 27, April 1, and April 6. The next phases will be held on April 17, April 22, April 26 and April 29. Results of the polls will be announced on May 2.