The Congress bucked the national trend in Punjab, winning eight of the 13 seats but among the five seats it lost include Bathinda and Gurdaspur — the two seats where she had campaigned. 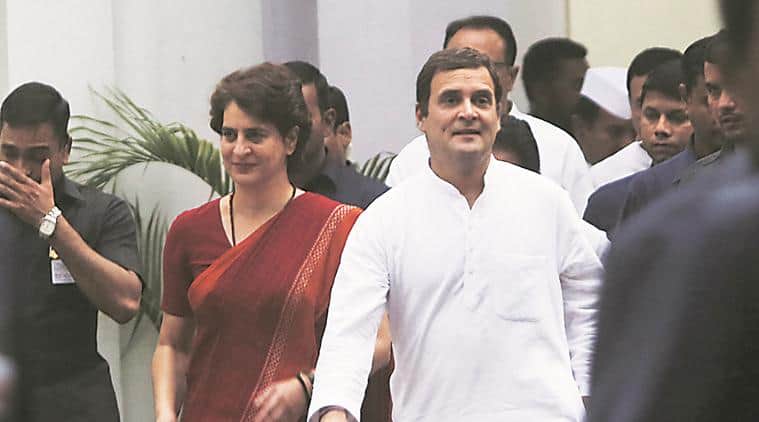 The Congress party lost all the seats, barring Sonia Gandhi’s Rae Bareli and Rahul Gandhi’s Wayanad, where Priyanka Gandhi campaigned. The Congress bucked the national trend in Punjab, winning eight of the 13 seats but among the five seats it lost include Bathinda and Gurdaspur — the two seats where she had campaigned.

READ | Rise and rise of Modi

Along with Congress president Rahul Gandhi, Priyanka was among the few leaders who campaigned in more than one state. And the massive defeat that the Congress has suffered has sent a message loud and clear — that the Priyanka factor failed to make any impact.

Priyanka campaigned in 12 seats outside UP. And the Congress lost in 11, among them Silchar in Assam, Ambala, Hisar and Rohtak in Haryana, North East Delhi and South Delhi, Ratlam and Indore in Madhya Pradesh, and Mandi in Himachal Pradesh.

In eastern UP, of which she was in charge, the party lost even Amethi, the traditional bastion of the Nehru-Gandhi family. The drubbing in Uttar Pradesh is a severe setback for the Congress as Rahul had more than once maintained that he wanted Priyanka to focus on the next Assembly elections in 2022.

Among the UP seats where Priyanka campaigned are Daurarha, Kushi Nagar, Barabanki, Unnao and Kanpur, besides constituencies such as Fatehpur, Jhansi, Pratapgarh, Jaunpur and Sultanpur, Dumariaganj, Basti, Sant Kabirnagar and Bhadohi to name a few.