A former nominated MLA, Selvaganapathy runs a popular private school in the Union Territory and has an RSS background. 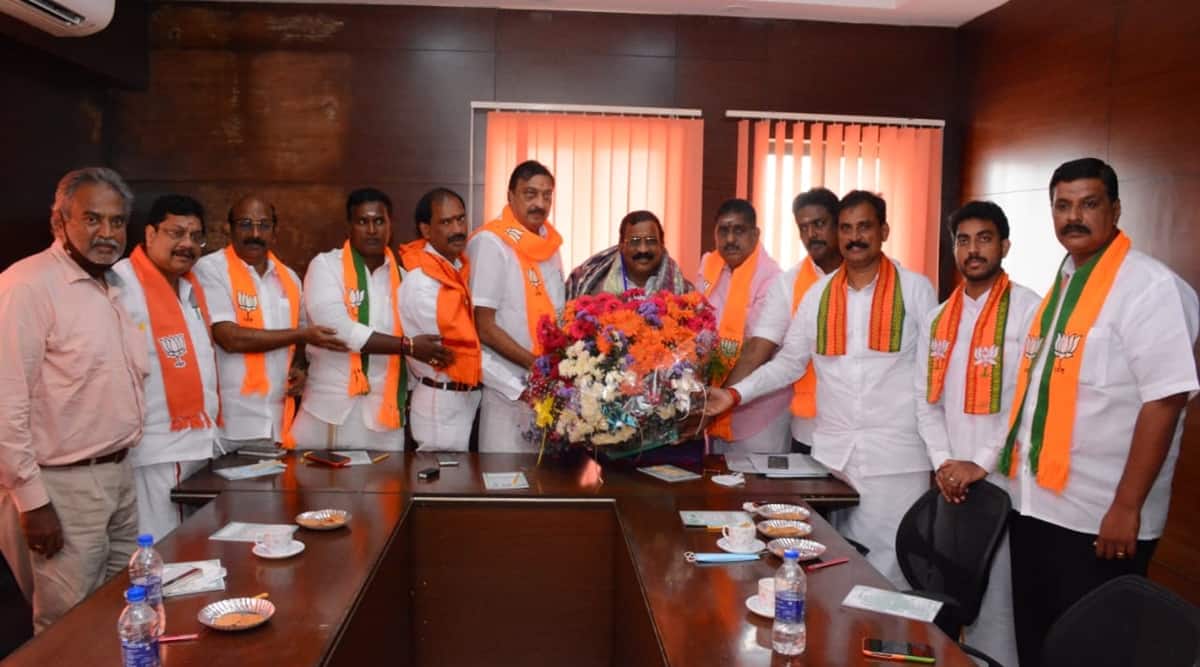 Ending weeks of negotiations, the BJP prevailed over its alliance partner AINRC and nominated S Selvaganapathy as its Rajya Sabha candidate from Puducherry.

Sources close to the AINRC high command said Chief Minister N Rangasamy was pushing hard for his close aide and former health minister Malladi Krishna Rao for the post. However, the BJP top brass was firm on nominating Selvaganapathy.

A former nominated MLA, Selvaganapathy runs a popular private school in the Union Territory and has an RSS background. He is also serving as the treasurer of the BJP local unit.

Speaking to Indianexpress.com, Selvaganapathy said, “it’s not that I didn’t expect at all, but I am happy to be nominated. I am thankful to Prime Minister Narendra Modi, our Puducherry BJP functionaries for providing me the chance, and our Chief Minister for supporting me. I will be filing the nomination at 1:30 pm today (Wednesday). I will definitely work towards fulfilling the expectations of the people of Puducherry.”

The Puducherry Assembly has a strength of 30 elected members and three nominated MLAs. The NDA alliance has 25 members: 10 AINRC, 9 BJP and six independent MLAs. The opposition has eight elected members, with DMK and Congress having six and two.

The election to the lone Rajya Sabha seat in Puducherry takes place on October 4. The term of incumbent AIADMK candidate N Gokulakrishnan ends on October 6.