Former Defence Minister AK Antony made no mention of the Prime Minister at the press conference. He said the government has surrendered areas that have been traditionally under India’s control. 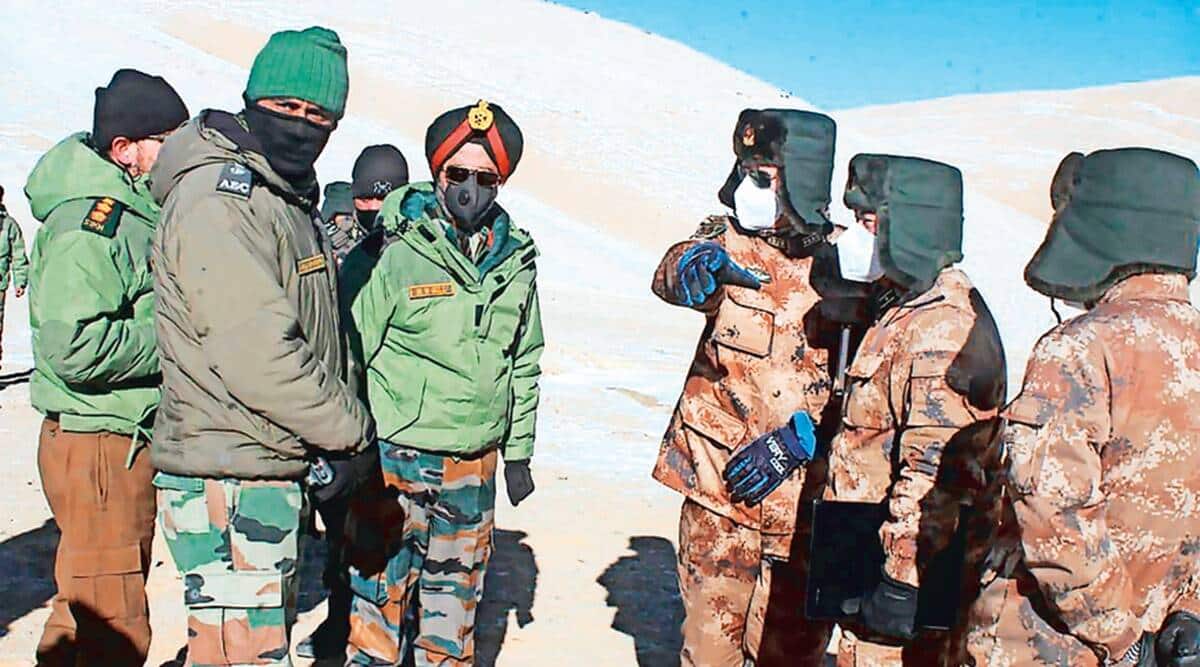 The Congress today stepped up its offensive against the BJP government over the disengagement agreement between India and China, with former Defence Minister A K Antony saying the “terms of disengagement” and the “creation of a buffer zone” at Pangong Tso and Galwan areas in eastern Ladakh are “surrender” of Indian interests. Alleging that the disengagement was at China’s terms, he asked the government to explain its plan to restore the status quo ante in eastern Ladakh.

“If this pattern of disengagement and creation of buffer zones happens in other areas also – Depsang, Hot Springs, Gogra, Arunachal, Sikkim… I don’t know what will happen. The Government is not realising the danger… they are creating this precedent of disengagement and buffer zone creation… surrendering our interests,” he said.

Asked whether he felt Defence Minister Rajnath Singh has lied in Parliament, he said, “I have my own language, you have your own language.”

Former Congress president Rahul Gandhi had last week called Prime Minister Narendra Modi a “coward” who could not stand up to the Chinese. Antony made no mention of the Prime Minister at the press conference.

He said the government has surrendered areas which have been traditionally under India’s control.

Arguing that Galwan Valley was never a disputed point, he said, “If the Indian Army is there at the Galwan Valley… after the completion of the new road… at any moment we can go up to Karakoram Pass and many strategically important areas of China. Now we have withdrawn from Patrol Point 14, a buffer zone is created. In this situation, if China wants to create mischief, China can help Pakistan to capture Siachen glacier,” he said.

“So disengagement in Galwan Valley is surrender. Creation of buffer zone is surrender of Indian interests. Chinese are there where they were. But we have gone back. We cannot patrol up to Patrol Point 14. Ten months are over,” he said.

“According to the Defence Minister’s statement, our Army troops will be based at their permanent base at the Dhan Singh Thapa post near Finger 3, forgetting the fact that we have a post at Finger 4. Indian Army has a post at Finger 4. That fact you ignored. Now you have agreed to withdraw up to Finger 3. Very clear it is surrender. The Chinese gained,” he added.

He said the occupation of the Kailash range was strategically significant as “sitting there our Army can observe what is going on in the Chinese side. That opportunity we lost.” He said India could have used that as a bargaining chip. “Because the Indian Army sitting on the Kailash range is a danger for China. It would have been a bargaining point for us. But we agreed to withdraw,” he said.

Antony asked the government to explain the “actual position on the India-China border from Arunachal, Ladakh, Sikkim, Himachal and Uttarakhand”.

“What is the plan of the government to restore status quo ante on the entire India-China border, especially in Pangong Tso, Galwan, Depsang, Hot Springs, Gogra, is what I want to know.”

He said there were similar incidents in Depsang and Chumar during the UPA time as well. “It took many days and weeks. At the end of the day, ultimately, there was disengagement… but at what terms? Status quo ante. But this time, no status quo ante… disengagement at the cost of India agreeing to withdraw our forces from areas where we had been there all through and were within our control. That is the difference between our time and this time.”