Maize sowing is almost over in the state except in some semi-hilly stretches of Pathankot and Hoshiarpur districts. 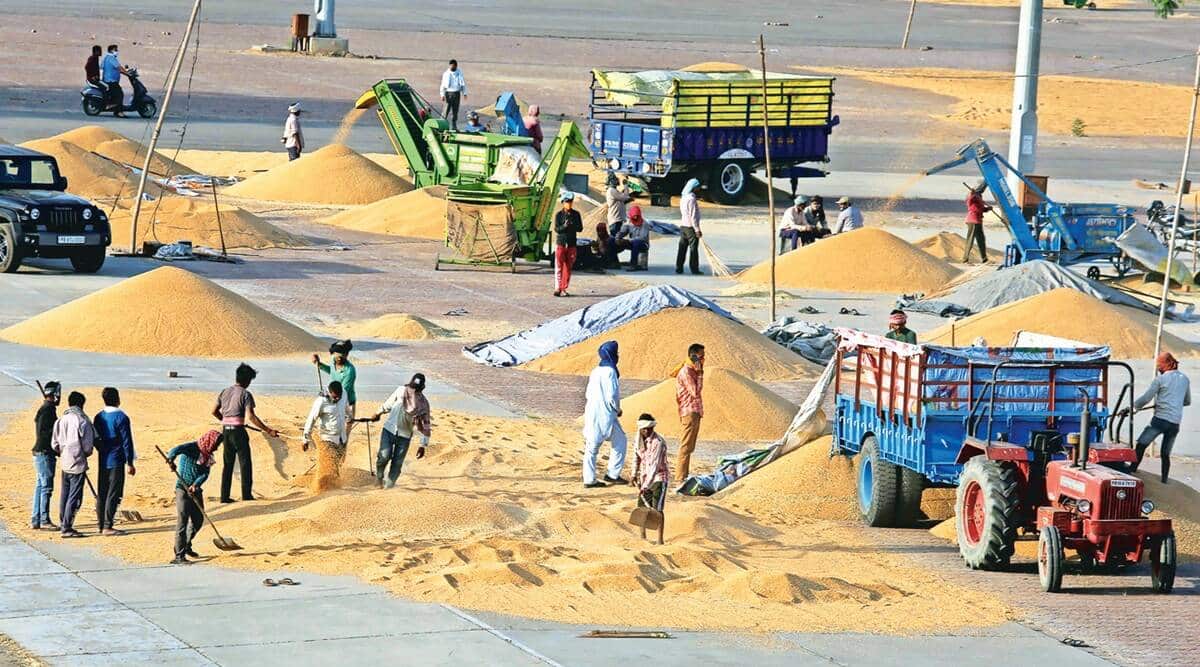 MAIZE, ONE of the major alternatives for the water-guzzling paddy in Punjab, has recorded an increase of just 2,000 hectares till date this Kharif sowing season.

Maize sowing is almost over in the state except in some semi-hilly stretches of Pathankot and Hoshiarpur districts.

The reason for this paltry increase, despite the Centre and Punjab government’s fervent push for crop diversification? The highly distressed rate of maize crop for the past almost a decade — which is the story of almost every season — except a couple of times when farmers got close to the MSP rate. Despite being on the list of farm commodities eligible for MSP, poor implementation by the Centre and Punjab government has discouraged farmers from sowing the crop as opposed to paddy, which has an assured market.

“Why would farmers increase area under maize when they are getting half of the MSP price? Recently, in the spring maize season, we sold our crop at the rate of Rs 800-1,000 per quintal against the Rs 1,850 MSP announced by the Centre,” said maize grower Karam Singh from Pathankot. “This year the government has increased the existing MSP by just Rs 20, which shows the seriousness of the government towards this alternative crop,” he added.

“We grow it because we have no other alternative due to our semi hilly stretches where paddy, which needs stagnant water, cannot be grown,” said another maize grower from Pathankot, Balkar Singh.

“The state government, which is crying itself hoarse seeking the Centre’s help for diversification, is hardly putting any effort to help farmers diversify from paddy to maize like several other state governments are doing. In Haryana, farmers adopting paddy alternatives are being paid a fixed amount per acre,” said Jagmohan Singh, general secretary, Bhatri Kisan Union (Dakaunda), adding that the government can promote diversification paying the difference if the market price of maize or other alternative crops goes lower than the fixed MSP.

“Kerala has fixed a floor price for vegetables and if the market price goes down from the floor price, the government is supposed to pay the difference,” said farmer Satinder Singh of Batala, adding this method can be adopted for any crop.

“Diversification is not possible till the time government does not support assured market and MSP for all crops and this is what we have been demanding from the government for the past over a year ever since the three farm laws have come into force,” said Jagmohan Singh, adding that maize, Basmati and cotton crops are purchased at a low price against MSP in the open market where private players have all the power to play, barring cotton, which is looked after by the Cotton Corporation of India.

“Farmers do not mind growing any crop or selling it to anyone, be it government or private player, till the time they are getting good price for their crop,” said farmer Satnam Singh.

A senior agriculture officer said, “All our efforts are going to waste because farmers need a market for alternative crops as every year the area under paddy is either increasing from the previous one or remaining almost the same with little decrease, which is not even a drop in the ocean.”

Sardara Singh Johal, a renowned economist and a strong proponent of diversification, said: “Our governments take pride in exporting large amounts of rice mainly non-basmati to other countries but actually we are exporting our ‘Blue water’, which is a rare commodity now,” he said, adding that the “state government is hardly making an effort to stop this export of water”.

“Instead of putting the blame on Centre, we should first take a step to stop this wrongful exploitation of our water by growing paddy because it is our state which will ultimately bear the brunt, no one else,” said Johal.

Punjab has already grown rice (non-Basmati and basmati) on 29.80 lakh hectares till date. While Basmati sowing is still going on in the state, area under rice will touch 31 lakh hectares this year again. The Punjab government was supposed to bring 5.5 lakh hectares under maize by diversifying this area from paddy, but despite a decade’s efforts, the results have been poor, barring a few exceptions.

Director, Punjab Agriculture Department, Dr S S Sidhu, said that the department has been educating farmers to adopt alternative crops mainly maize, cotton and Basmati, but fluctuating and poor rate of other crops are stopping them from going ahead. “Without assured market, diversification is a difficult task,” he added.