Representatives of the farmer organisations' also announced to continue their 'rail roko' agitation against the three agriculture laws of the Centre despite an appeal by Chief Minister Amarinder Singh to ease it to allow goods trains to pass through the state. 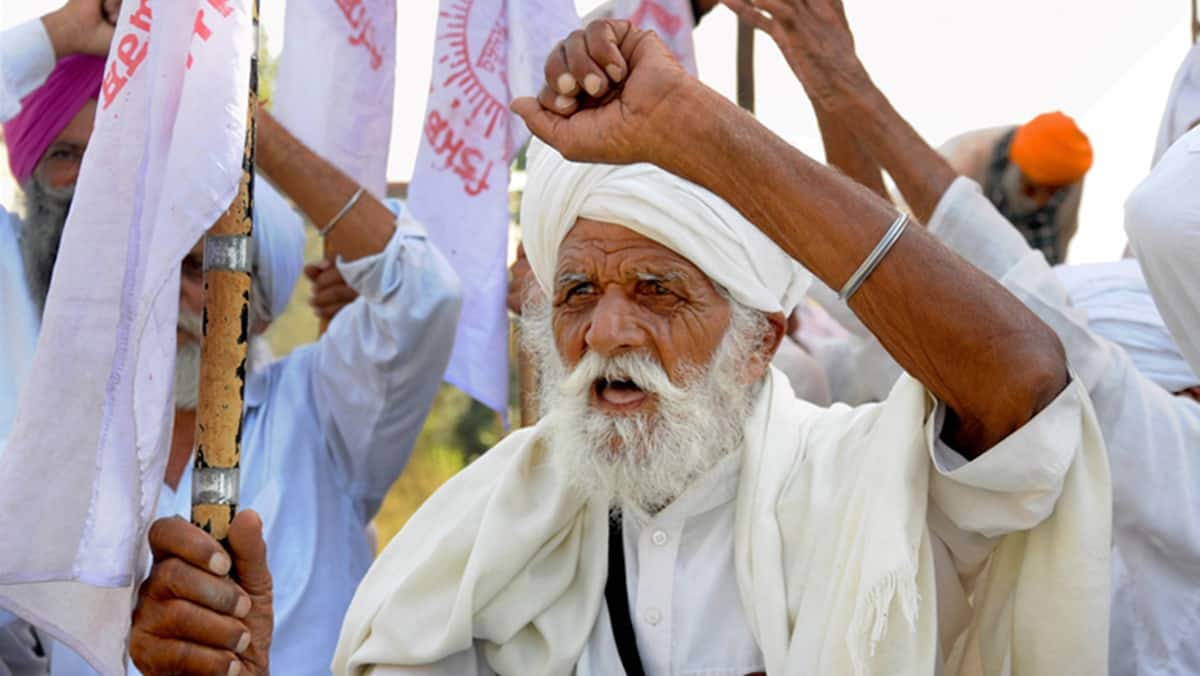 Thirty of the 31 farmers’ unions in Punjab Wednesday rejected the Union agriculture secretary’s invitation for a meeting over the new farm laws, saying they will not talk to an officer, but are ready for talks if a proper invitation comes to them from the Central government.

Representatives of the farmer organisations’ also announced to continue their ‘rail roko’ agitation against the three agriculture laws of the Centre despite an appeal by Chief Minister Amarinder Singh to ease it to allow goods trains to pass through the state.

On Tuesday, Secretary Agriculture, Government of India, Sanjay Agarwal extended an invitation to the protesting farm outfits to participate in a conference on October 8 at Delhi stating they would be given a detailed briefing about the laws to dispel any wrong notions.

The farmers organisations rejected the invite during a meeting here. Addressing media after the meeting, farmers leaders Balbir Singh Rajewal, Jagmohan Singh and Buta Singh Burjgill declared that the farmers would not talk to officials.

“What is this way (of extending invitation)? The letter to us says that we will be made to understand the laws. Are we uneducated that we cannot understand these laws? Are we on the streets without reading these laws?” asked an angry Rajewal.

“If an officer wants to tell us about the benefits of these laws, we are not going to hear it as we know these legislations are against the farming community,” said Jagmohan Singh, general secretary of Bhartiya Kisan Union (Dakunda).

“Let the central government talk to us. We are open for the talks. But we will not go and meet the officers,” Burjgill declared.

When asked about Chief Minister Amarinder Singh’s appeal to ease their ‘rail-roko’ stir, farmers’ leaders said they would continue with it. “We are farmers and we know farming practices very well. We know when DAP or urea is needed. Electricity is being purchased from outside and the paddy sowing season is already over,” a farmers’ leader said.

Farmers, however, said they would consider the CM’s appeal in the next meeting on October 15 until then they will continue to lay siege to petrol pumps, toll plazas, shopping malls and BJP leaders houses. Burjgill said, “Captain is misleading the farmers. We neither need DAP nor electricity for now.” Amarinder had appealed to the protesting farmers to ease their rail blockade to ensure that the state is able to meet its critical needs. He had said that due to the prolonged blockade of goods trains, the situation at Punjab’s coal plants was critical and they were left with only five to six days of coal. He had also said that with not a single fertilizer rake entering Punjab for the past one week, there could be a severe shortage of fertilizer for the use by farmers for sowing the wheat crop.

Farmers asked the CM to fulfil his “promise” of holding a special session of the Punjab Vidhan Sabha for passing a resolution against these legislations. They gave an ultimatum to the CM to convene the special session within a week otherwise, they said, they would ghearo Congress leaders and government representatives.

“Just wait for a week. If they do not give a date, we will start laying siege on the houses of Congress leaders also,” Burjgill said.

The farmers also condemned the lathi charge on farmers by Haryana Police when they were going to gherao Deputy CM Dushyant Singh Chautala’s residence. Farmers’ leaders announced to block roads for two hours on October 9 in protest.

At present, farmers continued to block rail tracks at 33 places in the state. Besides, they have also staged sit-ins outside several petrol pumps, toll plazas, and shopping malls. They are also staging ‘dharnas’ outside the houses of some BJP leaders.

Farmers said they would continue their agitation till their demand for revocation of farm laws was not accepted.