The Meena Bazar Association, Beopar Mandal Ludhiana staged protest at two different locations Tuesday saying that either Punjab should impose full lockdown or they should allow all kinds of shops to open from 10 am to 5pm. 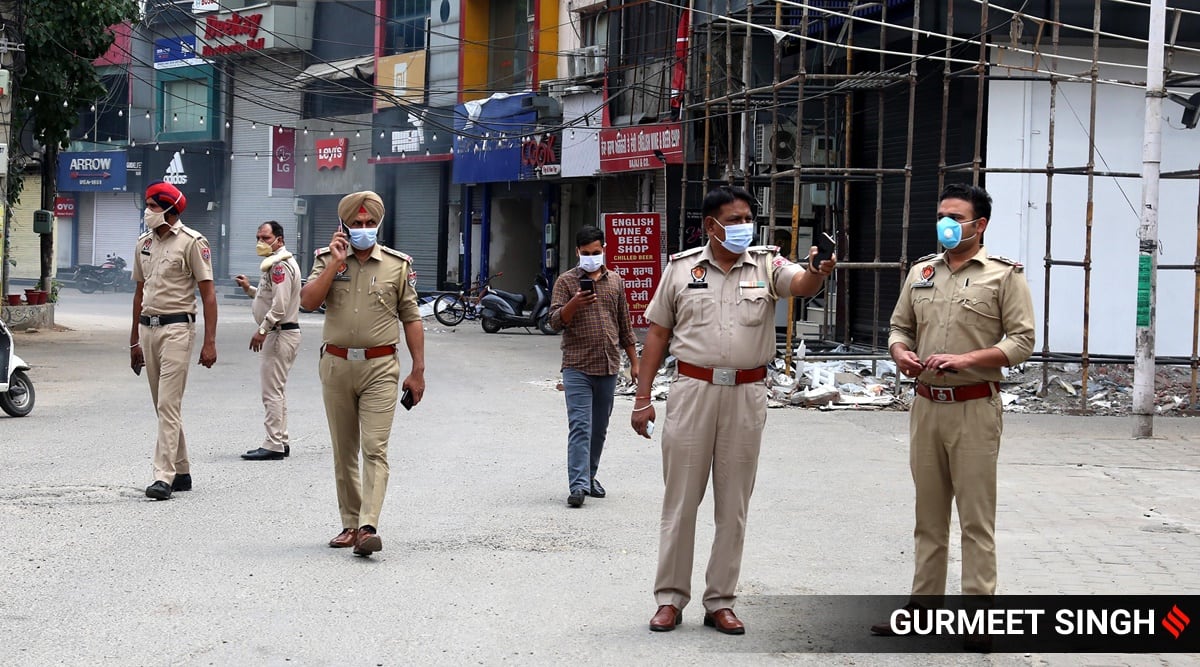 The Meena Bazar Association, Beopar Mandal Ludhiana staged protest at two different locations Tuesday saying that either Punjab should impose full lockdown or they should allow all kinds of shops to open from 10 am to 5pm.

Ashok Thaper, chairman of Meena Bazar Association said,”Cops earlier tried issue challan of Khalsa Bakery which otherwise is also allowed to open under essential services category. However, later we urged the administration that when road traffic is normal, people are freely roaming from one place to another, why are few shops under the category of ‘non-essential items’ being closed. We request Punjab CM to allow shops of all kinds of to open from 10 am to 5pm or impose a hard lockdown.”

Another protest was held near Chaura Bazar led by Youth Akali Dal president Gurdeep Singh Gosha said,”We started protest under the banner of Business Bachao Morcha. Government should announce some relief package for the shopkeepers and common people who are affected due to lockdown. It is impossible to pay salaries of employees, electricity bills, rent, loan installments and taxes.”

Sunil Mehra, president, Punjab Beopar Mandal, said, “This wave was predicted way ahead, but government failed to act. Now, they are forcing us to close our shops. We will open shops, even if cops will lodge FIR on us.”

Earlier, cloth merchants association and over one dozen market associations had written to Punjab CM to impose lockdown. On the request of industrial associations, shops providing raw material to various industrial units were allowed to open, so shopkeepers stated that why only a few were being forced to down shutters.

In Barnala, shopkeepers staged protest without wearing any masks saying that they will open their shops and can’t face any more loss to their businesses.

Shopkeepers stated protest on Monday as well as Tuesday. Late in the evening, Barnala Beopar Mandal announced that they will open all shops from 9 am to 2 pm while following Covid appropriate behaviour.