The three ministers were there to inaugurate the Emergency Landing Field at the Gandev – Bakhasar stretch constructed by NHAI in collaboration with the Air Force, which is made of special material, to take the heavy load of such large aircraft. 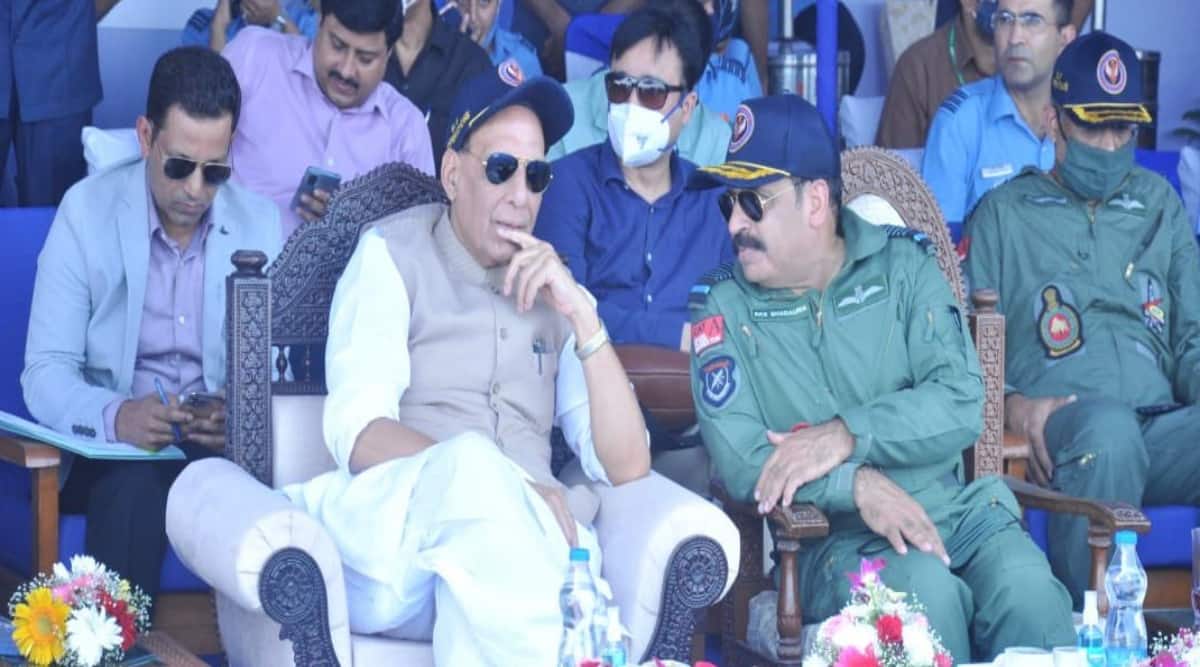 The grey hull of the C-130 Super Herculese transport aircraft of the Indian Air Force came thundering down from an overcast sky as it landed in a village called Agarawa in Rajasthan, barely 50 kms from the border with Pakistan. Running through the village, is a newly-inaugurated stretch of National Highway 925, which connects Barmer and Jalore towns.

Onboard the C-130 were Defence Minister Rajnath Singh, Road Transport and Highways Minister Nitin Gadkari and Jal Shakti Minister Gajendra Singh Shekhawat, who stepped onto the 3-km stretch of NH925, on which the jet had descended for the first time.

Speaking at the event Defence Minister Singh said that “by creating an emergency landing strip so close to the border, we have sent across a message that India will protect its integrity and sovereignty at all costs”.

“The creation of this emergency landing field also instills enthusiasm in the mind, and also a confidence about the country’s safety. So today is a special day for all of us.” Singh said. He added, that “by constructing this field, just a few steps before the international border, we have proved how prepared we are to protect national security.”

He said that the 3-km stretch, was prepared in the midst of the Covid pandemic, and completed in just 19 months. Singh mentioned that “ths highway and landing field, along with the infrastructure on the western border of the country, will further strengthen the security. Not only our national security, but at the same time it will play an important role during natural calamities as well.”

In 2016, he said “our government had identified 29 places across the country by forming an inter-ministerial committee for such emergency landing fields. Out of these 11 spots are on national highways.”

While Singh mentioned during his speech that 20 such fields are under preparation, NHAI officials mentioned that the number is actually 28.
“Till some time back it was believed that if too much money is spent on defence, it will have an adverse inpact on development,” he said. But by constructing such emergency landing fields on Roads and highways, he said we have proven that “defence and development complement each other”.

Half hour after the C130 had landed, bringing the three cabinet ministers, Chief of Defence Staff General Bipin Rawat, and Air Force Chief Air Chief Marshal RKS Bhadauria, a Sukhoi-30 fighter jets landed on the same stretch, demonstrating the capability to act as a remote base for different kinds of military aircraft.

Built at the cost of Rs 43 crore, this strip in Barmer district is the first of 28 such fields being built across the country by NHAI, on which military aircraft will be able to land and take off. While the Air Force has demonstrated its capability to use expressways for emergency use, but those instances had included only touch and go exercises.

Apart from the landing facility, NHAI has also built three helipads on the highway, close to the Pakistan border, which will be used by the armed forces.

Specially built to act as a runway for military aircraft and serve as an emergency airbase, such emergency landing strips. It gives greater flexibility of operations to the Air Force during both peace and war, to transport troops and material. It not only enhances the operational capacity of the Air Force, but also reduces the dependency on traditional bases.

By landing their fighter jets, transport aircraft and helicopters, the Air Force demonstrated their operational preparedness during the exercise.