The UAPA, enacted in 1967, was strengthened by the Congress-led UPA government in 2008 and 2012. The test for denying bail under the UAPA is that the court must be satisfied that a “prima facie” case exists against the accused. 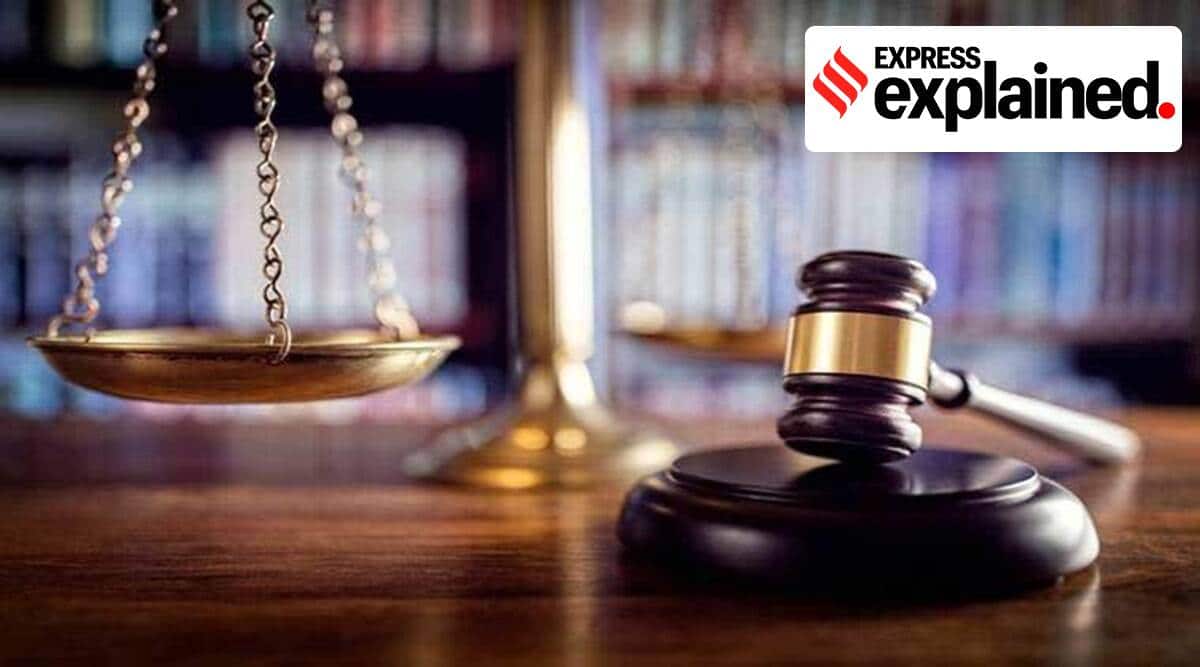 Just two days before his death, Stan Swamy had moved the Bombay High Court challenging Section 43D(5) of the Unlawful Atrocities Prevention Act (UAPA) — a provision Swamy termed “illusory”. The provision makes grant of bail virtually impossible under UAPA since it leaves little room of judicial reasoning. In the case of Zahoor Ahmed Shah Watali, the Supreme Court in 2019 confirmed that courts must accept the state’s case without examining its merits while granting bail. In string of rulings, however, courts have taken an alternative reading of this provision, emphasising the right to a speedy trial and raising the bar for the state to book an individual under UAPA.

What the provision says

The UAPA, enacted in 1967, was strengthened by the Congress-led UPA government in 2008 and 2012. The test for denying bail under the UAPA is that the court must be satisfied that a “prima facie” case exists against the accused. In 2019, the SC defined prima facie narrowly to mean that the courts must not analyse evidence or circumstances but look at the “totality of the case” presented by the state.

Section 43D(5) reads: “Notwithstanding anything contained in the Code, no person accused of an offence punishable under Chapters IV and VI of this Act shall, if in custody, be released on bail or on his own bond unless the Public Prosecutor has been given an opportunity of being heard on the application for such release.

“Provided that such accused person shall not be released on bail or on his own bond if the Court, on a perusal of the case diary or the report made under section 173 of the Code is of the opinion that there are reasonable grounds for believing that the accusation against such person is prima facie true.”

In Union of India v K A Najeeb in January this year, a three-judge Bench of the Supreme Court headed by Chief Justice N V Ramana upheld the grant of bail under UAPA when the accused had undergone incarceration for a significant period even as it recognised that bail under UAPA was an exception.

“Courts are expected to appreciate the legislative policy against grant of bail but the rigours of such provisions will melt down where there is no likelihood of trial being completed within a reasonable time and the period of incarceration already undergone has exceeded a substantial part of the prescribed sentence. Such an approach would safeguard against the possibility of provisions like Section 43D(5) of UAPA being used as the sole metric for denial of bail or for wholesale breach of constitutional right to speedy trial,” the Bench held. The court noted that the accused, Najeeb, had spent over four years as an undertrial and the trial was yet to begin.

In February, the Bombay High Court granted bail to Telugu poet Varavara Rao — an accused in the Elgar Parishad case along with Swamy — holding that bail under UAPA can be granted by constitutional courts purely on grounds of sickness and advanced age. Rao is 80 and had tested positive for Covid-19. Swamy, 84, and a Jesuit priest, suffered from Parkinson’s disease and had tested positive for Covid-19. He was arrested in October last year.

On June 17, the Karnataka High Court granted bail to over 115 accused charged under UAPA for the 2020 East Bengaluru riots holding that the NIA court had extended the time for investigation without hearing the accused. The court cited that the fundamental right to be treated fairly under the law of the accused was violated as reason for granting bail.

On June 15, the Delhi High Court, in granting bail to three student-activists Devangana Kalita, Natasha Narwal, and Asif Iqbal Tanha, circumvented the stringent bail provision under UAPA by questioning if the alleged offences qualified as “terrorist offences” to be booked under UAPA in the first place.

“… The phrase ‘terrorist act’ has been defined in a very wide and detailed manner within Section 15 itself, in our opinion, the court must be careful in employing the definitional words and phrases used in Section 15 in their absolute literal sense or use them lightly in a manner that would trivialise the extremely heinous offence of ‘terrorist act’, without understanding how terrorism is different even from conventional, heinous crime,” the Delhi High Court said.

However, after the government appealed, the Supreme Court said that the High Court ruling cannot be used as a precedent till the appeal is decided. But it allowed the three student-activists to remain on bail.

In Zahoor Ahmed Shah Watali v NIA in 2018, a two-judge bench of the Delhi High Court led by Justice S Muralidhar held that trial courts must not act “merely as a post-office of the investigating agency” but should “scrutinise the material with extra care” in determining whether a prima facie case exists. Watali, a Kashmiri businessman, was accused of being involved in unlawful acts and terror funding in conspiracy with others.

However, when an appeal was move against this ruling, the Supreme Court in 2019 rejected the High Court’s decision that the material by the investigation agency must be carefully examined. It instead lowered the bar for courts to examine the veracity of agency’s case, holding that bail can be denied by relying upon prosecution documents even though they would be inadmissible in evidence during the trial.