On Wednesday evening, hundreds had gathered at the station to board the Vasco-Patna Express that departed at 7 pm from South Goa. 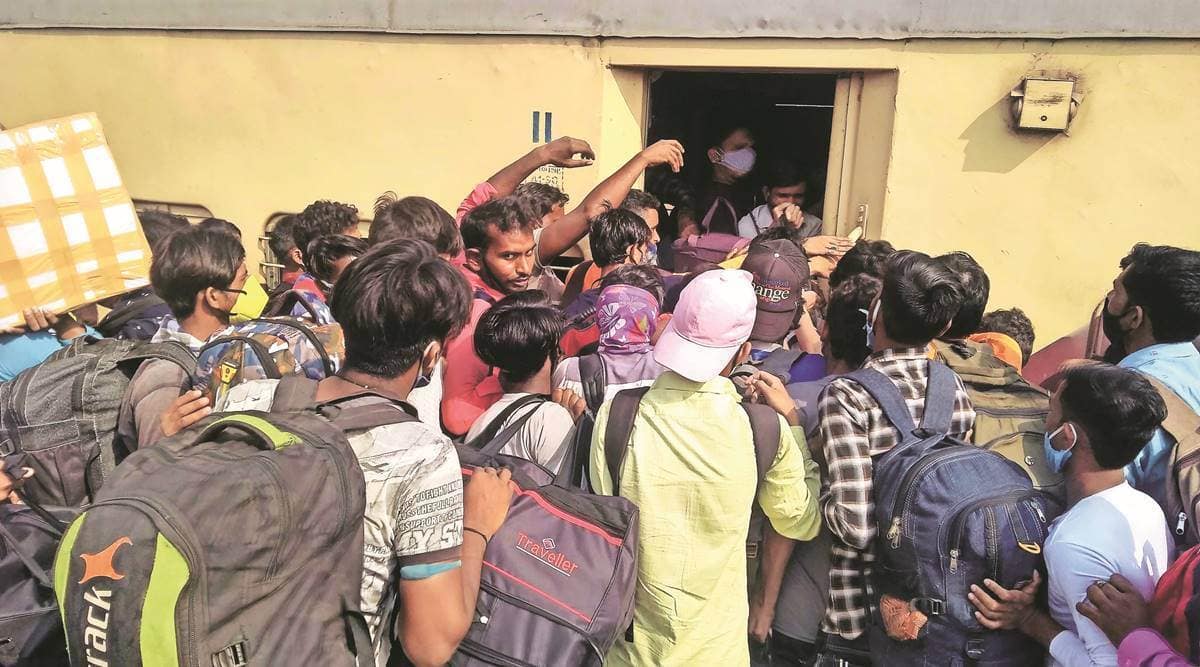 On Thursday afternoon, daily wage worker Mohammed Gulzar had his first meal 19 hours after he boarded the Vasco-Patna Express from Vasco-Da-Gama Railway station in South Goa. The train had then reached Bhusawal in Maharashtra and his home in Jharkhand’s Godda district was still a couple of days away.

Having boarded the train on Wednesday in an unreserved compartment along with 35 others from his village, ‘social distancing’ was too distant even for one’s imagination, said 24-year old Gulzar. “There is hardly any place to stand in the train. There are just too many people and the crowd has not let up since the time we boarded. Our compartment will be emptied only at Patna, the last stop,” he said.

He is nevertheless relieved to be on his way home while he still can even if the journey entailed risks of a chock-a-block compartment at a time the country is grappling with a menacing second wave of Covid-19.

“I was near the entrance of the compartment so I could get off at the station and get some air. We ate at the station in Bhusawal. But those inside could not come out.There are women in the train too and in some neighbouring compartments, there are children. We may have to take a bus or another train from Patna. We have not really thought about that. We’ll first get to Patna and then decide,” he said.

On Wednesday evening, hundreds had gathered at the station to board the Vasco-Patna Express that departed at 7 pm from South Goa. 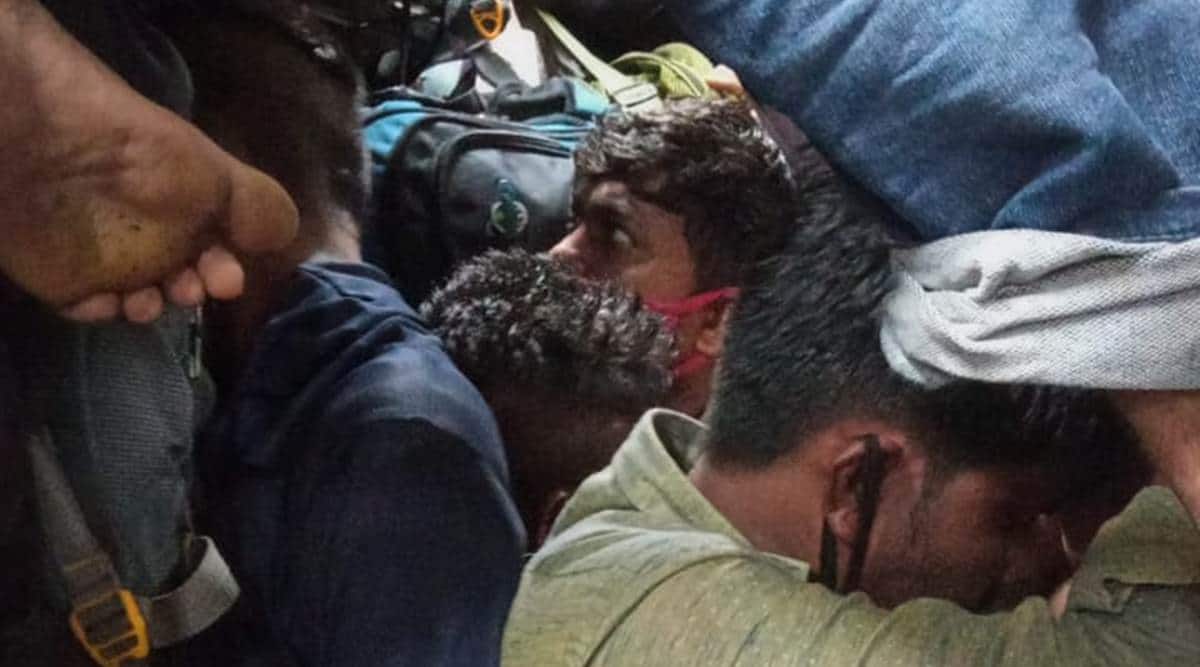 G Ramdas Gudmane, Station Manager at the Vasco-Da-Gama railway station said, “About 700 passengers (with reserved tickets) boarded the train yesterday but over and above that there must’ve been 200 people who wanted to board the train in the unreserved compartment. The Railway Protection Force (RPF) managed the crowd and we had to tell them that we cannot allow so many people to board the train without reservation.”

Railway officials also said the crowd was larger on Wednesday since the Vasco-Patna Express leaves just once a week and those going to Bihar or Uttar Pradesh preferred the train to others that may require more changes at different stations.

Ram Lal Yadav who runs a food stall outside the railway station said, “Today the crowd isn’t that much but yesterday there was no place to stand outside the station. Too many people wanted to get on the Vasco-Patna Express,” he said.

At the Vasco-Da-Gama station on Thursday afternoon, hours before the four-day lockdown announced by the Goa government kicked-in at 7 pm, suitcases and rolled up mats were seen stacked up outside the railway station. People were waiting to board the Howrah-bound Amravati Express that would depart only the next morning.

The reasons that had brought many to the railway station without a reserved ticket were common – uncertainty, fear and more importantly, memories of last year when a nation-wide lockdown had forced migrant workers across the country to set out on a journey of thousands of kilometres on foot.

Aziz-Ur-Mulla, sat on the floor outside the railway station in the scorching sun. His train to Howrah would depart only the next morning. “I have been working in Goa for 10-15 years now. We are daily-wage workers mostly engaged for construction work. Our employers also said that there won’t be much work. They have said four days but they always extend the lockdown. We cannot pay Rs 1,500 rent if we are stuck here without work,” said Mulla.

For daily-wage workers, work had become scarce over the last ten days, says Gulzar. “We have been without work for the last eight-nine days. We would stand near the market in Porvorim (North Goa) and wait for work. It would be work related to roads, sometimes some work in people’s homes or laying cables but now the police hasn’t been allowing us to assemble near the market (Section 144 has been invoked all over Goa). And we have had a very bitter experience last year so we thought it’s best to be on our way home while we still can,” Gulzar told The Indian Express over a video call from his train compartment, his face covered with a blue mask, grazing his shoulder against another to hold up his phone.

He said his train compartment was full of men and women who were in Goa to work. There were others from Allahabad and parts of Bihar and everyone rushed to board a train back home after the lockdown was announced on Wednesday afternoon.

M D Bablu, also a daily-wage worker from Jharkhand said, “We had no time to pack any food for ourselves. We just grabbed whatever we could and left. There is no place to stand in the compartment. But we remember what happened last year when the lockdown kept getting extended. At least if we go back to our village, we can be with our family. We have no farm or business back home but will first get there and then think what to do.”

Anwar Khan, a cook, was bound for home in Midnapore in West Bengal. He waited outside the Vasco-Da-Gama station with nine others who worked with him at a hotel in Calangute, North Goa’s popular tourist spot. “We were told by our employer 10 days back that we should be prepared for a lockdown. We even thought of booking flight tickets to go home but that would require a Covid negative report at least 48 hours before arrival that’s why we thought it was better to take the train,” said Khan.

He said that he had not been paid his salary for April and the restaurant was unlikely to open for the next six months. “We are not afraid of getting infected on the train back home because we have this protection,” he points at his face mask.