The threat from infiltration can be neutralised by integrating sea-faring fishermen with the country’s security network. 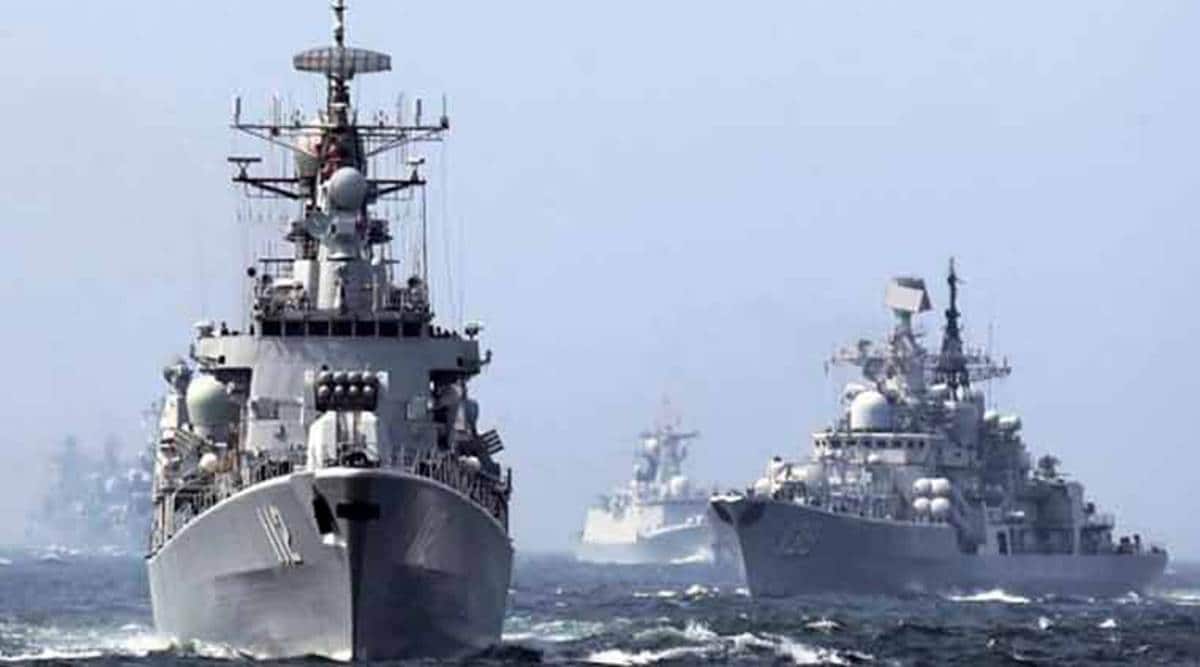 Poet Muhammed Iqbal wrote “Tarānah-e-Hindi” more than a century ago, where he refers to the Himalayas as Hindustan’s sentinel — “Parbat voh sab se uncha, hamsaya asman ka, Voh santari hamara voh pasban hamara” (That tallest mountain, that shade-share of the sky, it is our sentry, it is our watchman).

India’s topography gives it a natural protection with high mountains in the north and a large coastline in the south, which has given a sense of security to its people. India, in the earlier centuries, contributed to almost 24 per cent of the world GDP. The contented Indians knew less of the outer world, till peace was shattered when invaders came to loot and plunder from across the Hindu Kush in the west and, later, through the sea route, breaching the barriers that were once considered as their guardians.

The Mughals breached the barriers of Hindu Kush and ruled India for over 300 years. They largely got assimilated into the Indian culture, not without violent, ideological and bloody clashes. The Europeans chose a more convenient and clever penetration method from the sea route. The British were rapid in encroaching upon the freedom of the locals. They replaced the Mughals and ruled the country for nearly 200 years. Not being able to secure our territories, India lost its independence twice. Post-independence, we have fought five wars with our neighbours and a sixth conflict is simmering on the borders.

Though India has invested in defence and border guarding forces, it has not made itself impregnable. The threat of infiltration — both by the land route and less spoken sea route — is for real. I was surprised to discover that India’s coastal and creek areas were so vulnerable to sub-conventional operations by its adversaries, which they have been using for decades to infiltrate. The calmness of the seas gives a false sense of security, more so, when not faced with a visible enemy as in the case of a land border. The vastness and openness of the seas make us complacent adding on to our vulnerabilities.

I travelled along the coastline when I was tasked to study this aspect in the wake of 1993 bomb blasts in Mumbai. The single-day attacks had resulted in 257 fatalities and 1,400 injuries. The reports indicated that the explosives and the perpetrators came from across Pakistan via the sea route. It was a revelation to know how vulnerable the nation is along its coastal belt — a sea frontier of 7,500 kms. There are lakhs of Indian nationals who venture into the sea daily to earn their livelihood — mostly fishermen. They live most hazardous lives to support their families, but earn meagre incomes. Many of them have spent months and years in jails in Pakistan. In the open seas, they transgress the unmarked and disputed maritime boundary — an extension of the disputed creek land border. Very frequently our fishermen are arrested and exploited by the Pakistan marine forces. Arrest, imprisonment and release are a routine challenge faced by this less known frontier community. Other than the fishermen getting lost, drowned and marooned, they are stuck with local politics and community issues. Families have no assurance of the security of their men-folk who venture into the seas every day. The administration largely leaves these fishermen to resolve their issues on their own.

During my study, what stood out was the modus operandi of infiltration through coastal and creek areas. Mostly fishing boats are used for infiltration. Usually a big dhow (a middle-sized boat) enters the EEZ, where it is still in international waters with freedom of navigation, staying away from the territorial waters (12 nautical miles from the coast), drops the cargo into smaller fishing boats or bring inflatable boats. Many Pakistan registered fishing boats have been found abandoned on the Indian side. Police encounters have also taken place when such boats got tracked or were chanced upon — large quantities of arms and ammunition have also been recovered. It is not difficult to find guides who can assist in entering small jetties. Some infiltrators have even hijacked fishing boats to enter Indian jetties.

The infiltration along the coastline can be executed in ingenious ways. If a good contact is made with a local fisherman, chances of detection are reduced. The actual infiltration operation is a success if the last 12 nautical miles of national waters are penetrated through without being detected. Traditional small fishing boats cover this distance in about 90 minutes and the faster ones take less than an hour. One has no means to track or record the traces of a boat once the mission is accomplished. The visible observation with binoculars is limited to the horizon, which is just 4-5 nautical miles. If a coast guard or coastal police vessel is 6-8 nautical miles (10-15 kms) away, it would not be unable to spot an infiltrating boat, that too among many fishing boats floating around. The Indian fishermen can certainly act as “eyes and ears” if they have a mandate and the communication means. But in the absence of any connection with the security agencies this advantage is lost.

The Coast Guard has to spend large sums of government funds to buy patrol crafts and induct more manpower to cover these gaps. It is not just the security establishments who are left blind, unable to trace our vessels at sea. Our fishermen themselves have been craving for traceability and connectivity at sea for years together. Given the rise of illegal fishing activities and the growth of fishing vessels from foreign countries in our waters, it is imperative that all our fleets be connected and stay visible round the clock in a year.

Surprisingly, India’s agencies knew that such infiltration was taking place over a decade before another attack happened at Mumbai in the early hours of November 26, 2008. Since then, there is a lot of awareness and a lot more technology available in the nation to integrate the frontier sea-faring community into the mainstream security and economic network of the country. In doing so, they are no more left vulnerable to be exploited by the adversaries. Today, the Chinese are knocking at our Himalayan frontier. The “second front war” scenario can unfold in a sub-conventional way and that too from the sea front unless we fully secure our sea frontiers.

The Indian Navy has taken the initiative of establishing an IMAC and then making provision for larger integration at the Information Fusion Centre–IOR (Indian Ocean Region). This platform would be ideal to integrate future ubiquitous, two-way tracking systems to build an impregnable surveillance and digital coastal defence.

But the nation needs to keep the vigil with its brave forces. For as Iqbal wrote: “Kuch baat hai kih hastī, mitti nahin hamari sadiyon raha hai dushman daur-i-zaman hamara.” (There is something about our existence for it doesn’t get wiped, even though, for centuries, the time cycle of the world has been our enemy).

The writer is a former Deputy Chief of Integrated Defence Staff who pioneered raising of Defence Space Agency, Cyber Agency and Special Operations Division. He also commanded 14 Corps in Ladakh