On July 9 last year, the Supreme Court had dismissed the pleas of three of the convicts — Mukesh, Pawan and Vinay — seeking review of its 2017 judgment upholding the capital punishment given to them by the Delhi High Court and the trial court. 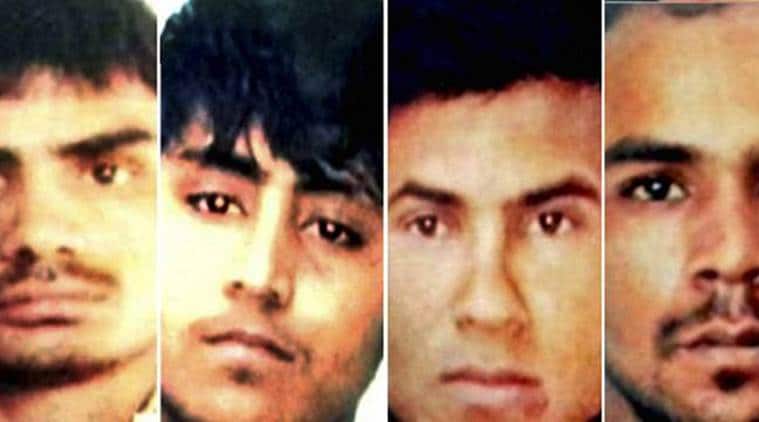 In a notice to the four convicts on death row in the December 16, 2012 Delhi gangrape-murder case, the Tihar Jail authorities have informed them that they have “exhausted” all legal remedies, “except the provision of  filing of mercy petition” before the President of India. And if they do not file a mercy petition within seven days, the “jail administration will initiate further necessary legal proceedings as per law”.

“It is informed that all legal remedies in your case… as available in the Constitution of India have been exhausted except the provision of filing of mercy petition against the capital sentence before the President of India,” it says.

“Further, it is hereby informed that in case you have not yet filed the mercy petition, and if you wish to file the mercy petition in your case against the capital sentence before the Hon’ble President of India, you can file it within seven days of the receipt of this notice, through the prison authorities, failing which it will be presumed that you are not willing to file mercy petition in your case and the jail administration will initiate further necessary legal proceedings as per law,” it says.

Speaking to The Indian Express, Advocate M L Sharma, counsel for Mukesh, said he would challenge the notice before the Supreme Court. He said he was yet to avail the opportunity of filing a curative petition before the top court, and had three years to do so.

Advocate A P Singh, counsel for Pawan, Vinay and Akshay, said he would reply to the notice and would also file a curative petition before the Supreme Court, challenging its July 2018 decision to dismiss the review pleas.

On July 9 last year, the Supreme Court had dismissed the pleas of three of the convicts — Mukesh, Pawan and Vinay — seeking review of its 2017 judgment upholding the capital punishment given to them by the Delhi High Court and the trial court.

The fourth convict, Akshay, did not file a review plea in the Supreme Court.

The case dates back to December 16, 2012, when a 23-year-old woman was gangraped and assaulted inside a moving bus in South Delhi by six persons, before being thrown out on the road. She died on December 29, 2012.

One of the accused, Ram Singh, hanged himself in jail, while another, a juvenile, was convicted of rape and murder and given the maximum sentence of three years’ imprisonment in a reform facility.

In September 2013, a fast-track court held the four convicts guilty of 13 offences including gangrape, unnatural sexual assault and murder of the woman, and attempt to murder her male friend.

In a plea before a trial court, the victim’s parents have said that the death sentence should not be delayed. Speaking to The Indian Express on Thursday, the victim’s mother said: “This initiative should have been taken long ago… Two years after the Supreme Court’s verdict, they are yet to file their mercy petitions… They should be hanged as soon as possible.”

The jail administration will have to approach a trial court for a death warrant.