The bench of Justices Sanjay Kishan Kaul, Aniruddha Bose and Krishan Murari said the court had deputed senior advocate Sanjay R Hegde and mediator-trainer Sadhana Ramachandran in its “endeavour of pursuing an out of the box solution”. 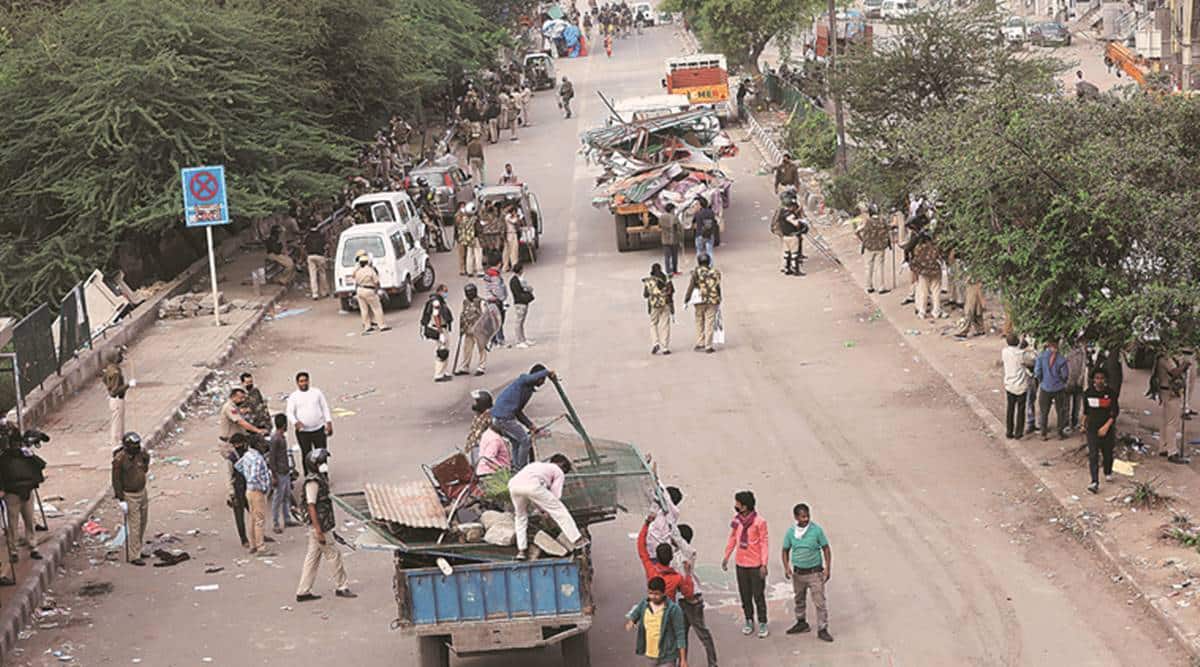 Delivering its verdict on a petition seeking removal of protesters from Delhi’s Shaheen Bagh, the Supreme Court on Wednesday referred to the findings of a report submitted by interlocutors appointed by it. The report pointed towards an “absence of leadership” and presence of “many influencers”, as a consequence of which the protests “perhaps no longer remained the sole and empowering voice of women…”

The bench of Justices Sanjay Kishan Kaul, Aniruddha Bose and Krishan Murari said the court had deputed senior advocate Sanjay R Hegde and mediator-trainer Sadhana Ramachandran in its “endeavour of pursuing an out of the box solution”.

Although this did not produce a solution, “we have no regrets, as we are of the view that it is better to try and fail, than not to try at all”, the bench said.

The interlocutors submitted two reports to the court.

In the first report, the bench said, it “found that the nature of demands was very wide, and that it did look difficult to find a middle path towards at least facilitating the opening of the blocked public way”.

Referring to the second report, the bench said, “We believe the interlocutors had done their best, but their efforts could not fructify into success, although the number of people at protest site had eventually diminished”

The court said: “The report suggested that the views reflected in private conversations with the protesters were somewhat different from public statements made to the media and to the protesting crowd in attendance. While the women protesters had sat inside the tent, there was a huge periphery comprising mainly male protesters, volunteers and bystanders, who all seemed to have a stake in continuance of the blockade of the road.

“Even after arrival of the pandemic, when a visit was made to the site on 20.03.2020, it was found that there were about 35-40 takhts inside the tent, and each takht had 2-3 women occupying the space, resulting in a rough estimate of about 75-100 women inside the tent, as well as 200 or more outside having a connection with the protest. While the tent was occupying half of the carriageway, the remaining half had been blocked by creating facilities such as a library, a large model of India Gate and a big metallic three-dimensional map of India located upon a very strong metal scaffolding and was anchored by heavy stones, making its removal very difficult.”

The judgment noted, “It appeared that an absence of leadership guiding the protest and the presence of various groups of protesters had resulted in many influencers who were acting possibly at cross-purposes with each other. Thus, the Shaheen Bagh protest perhaps no longer remained the sole and empowering voice of women, who also appeared to no longer have the ability to call off the protest themselves.

“There was also the possibility of protesters not fully realising ramifications of the pandemic, coupled with a general unwillingness to relocate to another site.”

The protest ended subsequently due to “the hand of God”, the court said, referring to Covid-19.

The verdict also referred to its 2018 judgment in the Mazdoor Kisan Shakti Sangathan vs Union of India and Another case, which dealt with demonstrations at Delhi’s Jantar Mantar.

The judgment tried to balance the interests of local residents with those of protesters to hold demonstrations, and directed the police to devise a proper mechanism for limited use of the area for peaceful protests and demonstrations, and to lay down parameters for this, the bench recalled.

Referring to India’s emergence from colonial rule, the bench said it “must be kept in mind, however…that the erstwhile mode and manner of dissent against colonial rule cannot be equated with dissent in a self- ruled democracy”.

The Constitution, it pointed out guarantees “the right to protest and express dissent, but with an obligation towards certain duties”.

The order said, “Article 19…confers upon citizens two treasured rights – right to freedom of speech and expression under Article 19(1)(a) and right to assemble peacefully without arms under Article 19(1)(b). These rights, in cohesion, enable every citizen to assemble peacefully and protest against action or inaction of the State. The same must be respected and encouraged by the State, for the strength of a democracy such as ours lies in the same.”