"As my lead nears 50,000 with 72 per cent counted, I feel like a batsman who has scored a century while his team has lost! It's a bittersweet emotion I will take some time to reflect on," Shashi Tharoor tweeted. 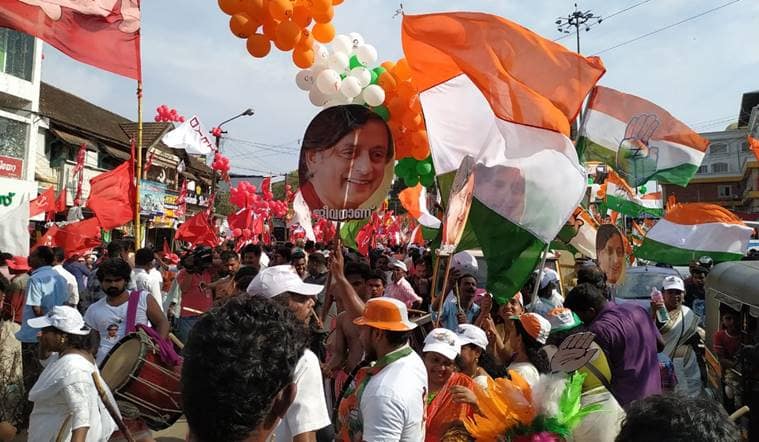 With a lead over 50,000 votes in Thiruvananthapuram over NDA candidate Kummanam Rajasekharan, senior Congress leader Shashi Tharoor said he felt like a batsman who had scored a century while his team had lost. Tharoor’s reaction came after trends showed that the BJP-led NDA was almost certain to cross 300 seats in the 543-member Lok Sabha and Narendra Modi set to become the first non-Congress Prime Minister to return to power after a full five-year term.

“As my lead nears 50,000 with 72 per cent counted, I feel like a batsman who has scored a century while his team has lost! It’s a bittersweet emotion I will take some time to reflect on,” Tharoor tweeted.

Tharoor, who is eyeing a third straight win from Thiruvananthapuram, also thanked Congress workers and people of Thiruvananthapuram for reposing faith in him despite hectic campaigning by Kummanam, who had claimed that the constituency had been neglected by the former Union minister.

“My thanks to Congress workers, dedicated volunteers & above all the people of Thiruvananthapuram for having reposed faith in me & in the values of #InclusiveIndia, democratic diversity, secularism, economic growth & social justice. I look forward to serving them as before,” Tharoor further said.

In Kerala, the Opposition Congress led-UDF in Kerala appears to be heading for a landslide in the state by continuing its lead in 19 of the total 20 Lok Sabha seats, with party chief Rahul Gandhi set to pocket Wayanad.