City film-maker Bidit Roy, who joined the NGO in 2019 to make a documentary on the couple, did not anticipate that the subject of his film will soon change. "I had approached the couple to document their lives and effort towards animal welfare in May last year. 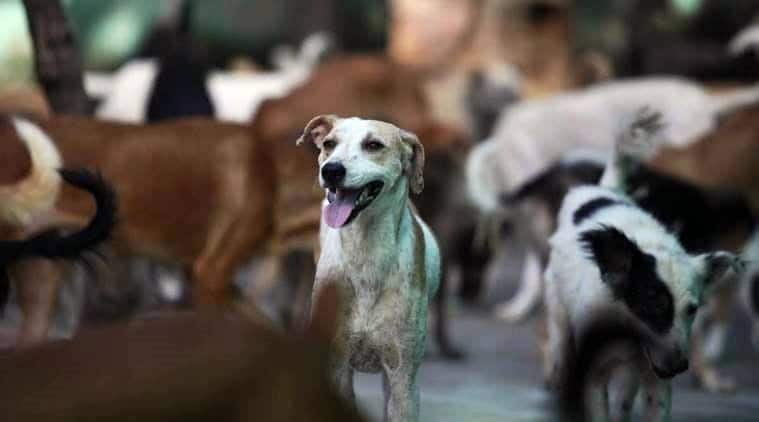 ANIMAL RESCUERS Arun and Suvarna Pasare faced numerous challenges doing their work in the wake of the Covid-19 pandemic with swelling cases of abandonment, human-animal conflict, animal-animal conflict, lack of food and water, maggot wounds, and rabid infections during the lockdown. Their shelter home for injured and handicapped animals also allegedly faced verbal and physical hostility from residents living near their NGO in Askarwadi, so much so that they had to move their location to Kasarsai with 135 stray animals.

“We were at Askarwadi for the past three years. Being involved in looking after and feeding stray dogs and cats, we face resistance every other day. But hostility from the village residents began a year-and-a-half ago because of misconception and false information. While the situation could have been managed earlier, it escalated as soon as the lockdown began. Rumours that animals are carriers of the virus (novel coronavirus) fuelled their hostility towards us. We had planned to move the NGO when circumstances were better, but unfortunately, had to move at the earliest,” said Suvarna.

City film-maker Bidit Roy, who joined the NGO in 2019 to make a documentary on the couple, did not anticipate that the subject of his film will soon change. “I had approached the couple to document their lives and effort towards animal welfare in May last year. But in a month or so, I first encountered the hostility the village has towards the NGO. There were plenty of incidents of verbal insults and, sometimes, physical acts like stone pelting. Although the local panchayat and police have been asked to intervene, the only solution they could come up with was that the couple change their location. Despite the CCTV cameras, the aggression from the villagers was at its peak during the lockdown,” Roy said.

Roy also said after an incident during the lockdown, he approached the local authorities and BJP leader Maneka Gandhi via Twitter for intervention.

“It was peaceful for some time, as police issued warnings. But soon after, the problems started again. We then decided to relocate and start a fundraiser online to help the NGO. But with the continued lockdown and unavailability of a proper space, it was difficult to move,” he said.

After a month of hunting for space and collecting funds, the shelter was relocated in Kasarsai with the help of a small team of volunteers. “We were more worried about the animals. The increasing cases of abandonment and accidents took a toll on our spirit as well as finances. It was a race against time with the monsoon and the inconsistent lockdown and regulations. We feel positive about the space we have in Kasarsai. No one stands up for animals and there is absolutely no support for them. Everyone benefits from an NGO,” said Arun.