These startling images show an elephant escaping being hit by a train by a whisker — as it crosses the tracks perilously close to an oncoming train.

The series of images highlight the danger elephants in the Indian forest face after a train line was built that cuts straight through the forest.

Dozens of elephants are killed every year after being hit by trains — which resulted in a speed limit being introduced for trains in a bid to save lives of elephants.

In the past five years, at least 26 elephants have been killed and scores more injured by trains on the stretch of track near the Nepal border, according to wildlife officials. 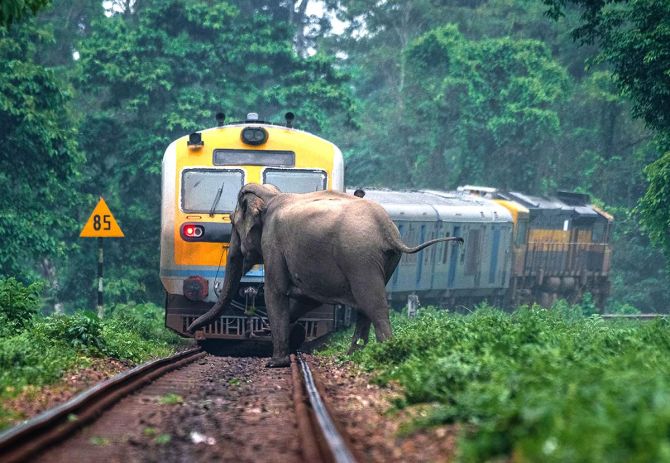 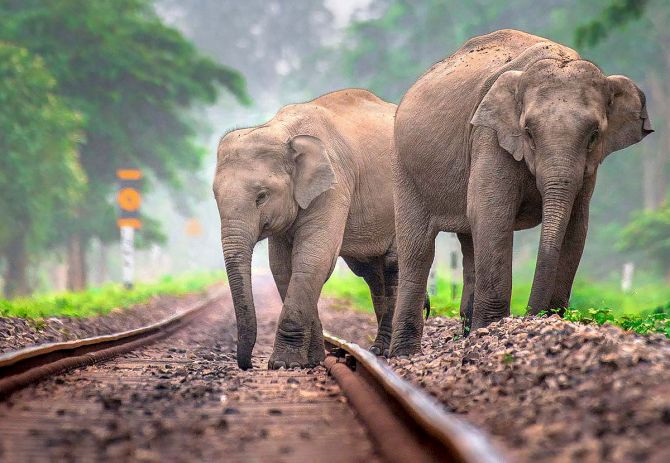 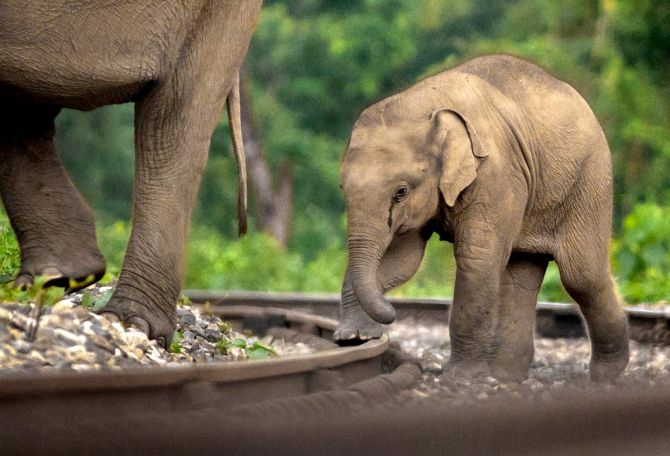