She castigates officials for delay in submission of expenditure of relief works carried out in 2018, 2019

Kodagu Deputy Commissioner Annies Kanmani Joy has told officials and engineers to immediately start infrastructure improvement works in areas that suffered damage in the floods and landslides in August this year as the State government had sanctioned a sum of ₹46 crore for the purpose. Prepare the action plan and start the work, she told the departments.

Directing the departments to strictly comply with the NDRF and SDRF norms in the execution of works, she said administrative approval had been secured for the works and 25 per cent of the sum had already been released to the respective departments. “The works must start now. Also, the estimates and proposals for spending the remaining sum must also be submitted soon,” she said, after reviewing the progress in development works, on Saturday.

She expressed dissatisfaction over the delay in the submission of the outlay on the relief works carried out in 2018 and 2019. Ms. Joy told the Departments of Rural Development and Panchayat Raj, Public Works, and other engineering divisions in the district to submit the details to the Additional Deputy Commissioner without further delay. The Panchayat Raj Department was released a sum of ₹28 crore. “However, even today, it has not submitted the outgoings.”

She told the departments to update henceforth the progress made in the works every week.

Last month, a sum of ₹46 crore had been released to Kodagu for carrying out infrastructure improvement works in the flood-affected areas. Several places across Kodagu had been affected due to floods and landslides in August. Roads, bridges and other public facilities were damaged.

The government announced a special grant of ₹46.82 crore as per the SDRF/NDRF norms for carrying out emergency relief and repair works in those areas. Roads, bridges, lakes, government buildings, water supply networks, electricity transmission lines, transformers and other basic amenities had suffered damages following heavy to very heavy rains. The special grant brought relief to the people who had been facing calamities since last three years.

In the grant, the Department of Panchayat Raj got a lion’s share for carrying out the works – ₹29.26 crore had been released to the department and about ₹13.08 crore had been granted to the Department of Energy since the floods and landslides had badly affected the electricity transmission with many electric poles and distribution lines damaged, causing losses to the supply corporation.

In addition, school buildings in Kodagu had been damaged in the heavy rains and the Department of Public Instruction got ₹2.06 crore for carrying out repairs. A total of 117 school buildings were in need of repairs and the classrooms that had collapsed in four villages had to be rebuilt. 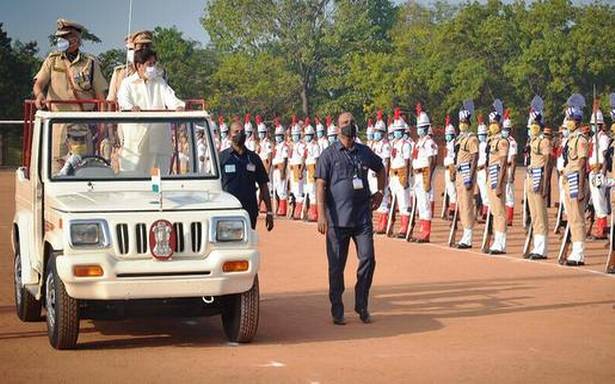