Urging the State to ensure there was no repeat of such an incident, the Bench observed that while the protest might not have been legal or legitimate, citizens could not be fired at on behalf of a corporate body. In its order, the court asked the government to "go the extra mile" and "be seen to be with the families". 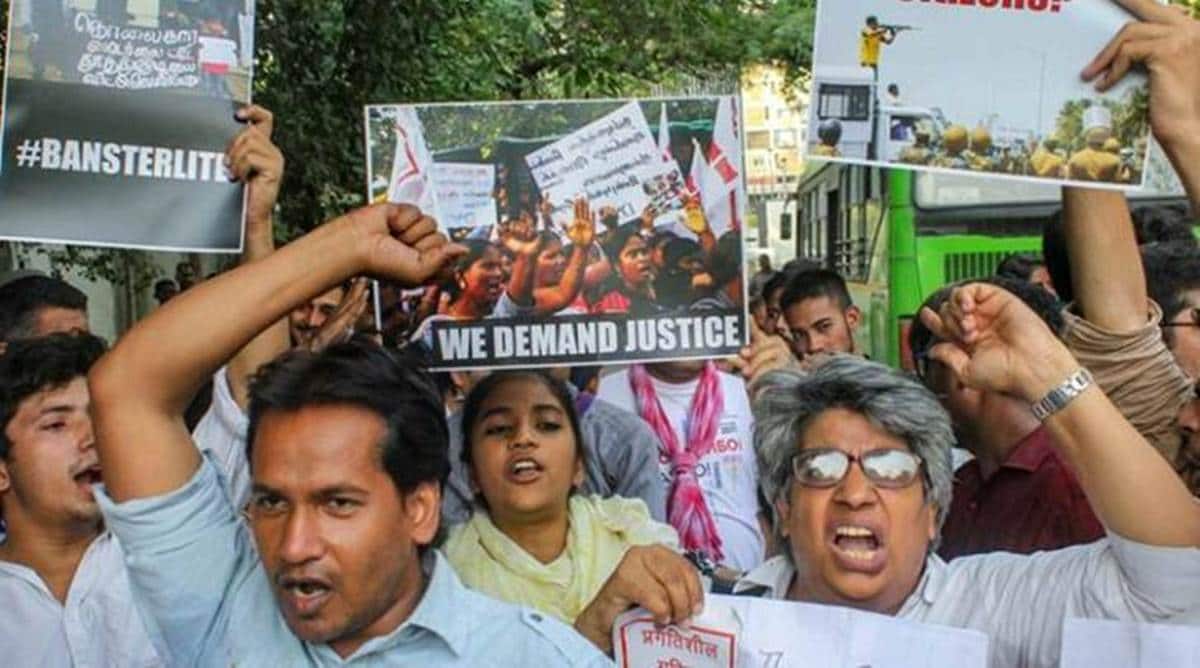 The First Bench of the Madras High Court Monday directed the authorities concerned to drop all cases registered against protesters involved in the anti-Sterlite agitation, which had ended in police firing that killed 13 people in May 2018.

In oral observations, as reported by PTI, the Bench, including Chief Justice Sanjib Banerjee and Justice T S Sivagnanam, said the firing was a scar on Indian democracy and should not be forgotten.

Urging the State to ensure there was no repeat of such an incident, the Bench observed that while the protest might not have been legal or legitimate, citizens could not be fired at on behalf of a corporate body. In its order, the court asked the government to “go the extra mile” and “be seen to be with the families”.

The court was hearing a PIL filed by social activist Henry Tiphagne over a report by the National Human Rights Commission (NHRC) on the police firing not being made public.

At the August 9 hearing, the court had directed the NHRC to submit its report, and it did so on Monday.

“The matter should be brought to its logical end, as expeditiously as possible, to give a meaningful closure to the matter and the circumstances in which firing had to be resorted to against unarmed citizens must come out in the report,” the court said.

Going through the NHRC report, the court said: “Since the report did not see the light of day or may not have been forwarded to the State, the recommendations have not been implemented. To the extent that the recommendations remain relevant and it may be possible to implement the same, all agencies should carry the matter forward. Equally, as indicated in the affidavit filed by the NHRC, the cases against the protesters should be dropped and the institution of the cases should not stand in the way of the future prospects of any of the protesters (so as) to disqualify them from any employment or other opportunities that may be available.”

The court noted that the NHRC had recommended greater compensation to families of those who died and to the persons severely injured or impaired for life. “The State should consider a realistic quantum of compensation for either category, apart from others who suffered injuries,” the order said.

“The State is requested to play the real parental role in providing counselling and psychiatric assistance to the members of the bereaved families, if necessary. The State must be seen to be with the families and not an adversary, despite whatever may have happened. The State needs to walk the extra mile for such purpose and learned Advocate-General is requested to ensure that appropriate measures are taken to assuage the feelings of the families of the victims,” the order said.

The matter will next be heard on October 25. —With PTI inputs