In 2018, when the 30-year-old scion of a big real-estate firm returned to Ahmedabad after completing his education in the US, he didn’t have much of a social circle. So, when the question of marriage came up, he didn’t know whom to reach out to. “I had left for the US right after school and had very few friends in Ahmedabad through whom I could meet a prospective partner,” he says.

In stepped Saurabh Goswami and Ultra Rich Match — “matchmaker for millionaires across the globe”. With its reach across seven countries, 14 states in India, and offices in New York and London, apart from its headquarters in Ahmedabad, the firm has been helping affluent Indians find that “special someone” for nearly a decade now. “We have matched 280 couples so far and there has not been a single divorce,” says Goswami, 36. With his team of relationship managers, counsellors, photographers, chartered accountants and a sophisticated software that helps sort out matches based on location, community, age and height, among other filters, Goswami found a life partner for the 30-year-old that checked all the boxes. “It is a very niche service, very personalised, unlike online matchmaking portals. I met a lot of people and my family stepped in only when I was sure. I wanted someone compatible, caste and looks were secondary,” he says. Indian Matchmaking unpacks only selectively what an upper-class, upper-caste Indian marriage entails. It’s no coincidence that both the desi matches Sima Taparia makes are for “boys” ( grooms are invariably termed “boys” and brides are “girls”, even if they are well into their 30s). If the show had included desi girls, the sticky territory of “Kitne ki party hai, lena dena, saas ke liye zevar, nanad ke liye sari (how wealthy the families are, the demands for dowry and gifts)” would have been harder to shove under the carpet. But the show steers clear of un-classy on-camera bargaining, because that would be too “real” for a show which wants to go down easy, even if everything in it is staged.

Prime Woman: Why Shakuntala Devi was a woman who wanted it all The day after, on June 26, 1977, the front page of a local newspaper, The Odessa American, splashed a photograph of her on its front page. She is sitting with her back to a blackboard, on which is scrawled a ginormous number, spilling across 10 rows, which a professor at South Methodist University, Dallas, Texas has taken four minutes to scribble. The task is to find the 23rd root of the 201-digit number. For a computer programmed to compute the same, it takes over a minute. Shakuntala Devi does it in 50 seconds.

To the world, she is the “human computer” with a mysterious internal algorithm that takes in giant numbers at a glance and turns them into playthings for her performances. But, as a new biopic that released on Friday on Amazon Video seeks to show, Shakuntala Devi (1929-2013) was greater than the sum of the numbers. “She was a hot-blooded, unapologetic woman who wanted it all,” says Anu Menon, who has directed Shakuntala Devi. “For her, maths was not about sitting in a room and solving problems, but about spreading its joy… She came out of nowhere and travelled the world — [and through her life] she had no boundaries,” says Anupama Banerji, 50, her daughter, who is based in London and who collaborated with Menon on the film. 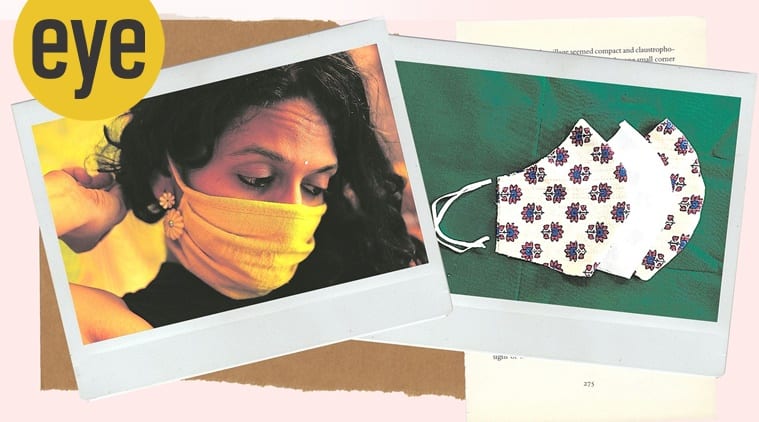 What was once told on scrolls is now depicted on Khadi, as Cheriyal artists paint farmers, parrots and elephants on masks. The Nakashi community in Telangana works with mythological figures and narrations. Though the scrolls traditionally used watercolours, in the cloth masks, fabric colours are expressed in vibrant shades. Each mask (2 plies) is priced at Rs 140. 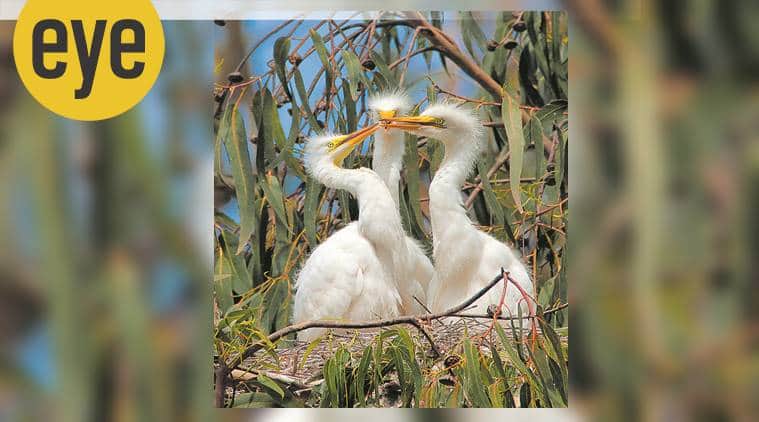 It’s probably one of the most distressing things a nature lover could witness. We tend to get all mushy when we see fluffy new chicks in a nest, frantically begging for food and their parents’ unconditional love and affection. But what goes on in many bird homes is diabolical – the murder of the smallest, youngest member of the family, by its elder brother or sister, often when the parents are away. Not that the parents cover themselves in glory when this happens: they just ignore the battered little one, and carry on spoiling the elder lout with choice tidbits. No chastising, or saying things like, “Baby, aisa nahin karte hain, sorry bolo (Baby, you are not to do things like this. Say sorry!)” In fact, the parents are primarily responsible for matters to reach such a pass. Many birds, for instance, deliberately lay their eggs at intervals. Obviously, the first chick to hatch gets all the attention – and most of the food. The second egg, hatching after a while, is merely an insurance policy in case something dreadful happens to the older laadla or laadli.

Mary L Trump: ‘Donald is responsible for his own actions, and needs to be held to account. I’m not trying to get him off the hook’ When did you start working on Too Much and Never Enough: How My Family Created the World’s Most Dangerous Man?

It’s been a couple of years. It came out of my work with The New York Times — the investigations into my family’s finances, for which I provided about 40,000 pages of documents. It was through my working with them and filling in some details about my family history that made me realise that this might, indeed, be a story worth telling.

How difficult was it for you to write the book?

It was extremely difficult. I tried hard not to think of much of the stuff in the book for decades. So, revisiting it, reliving it, especially the stuff about my dad (Fred Trump Jr, the second of President Trump’s siblings, who died of alcoholism at the age of 42), was very hard. I honestly would have preferred not to do it.

How John Bolton’s White House memoir is instructive for Indians A touchstone of the value of John Bolton’s viral memoir was a devastating statement by Michael Pompeo, President Donald Trump’s chief diplomat, when leaked digital copies of the book were being read by anyone interested in US foreign policy across the world.

“It is both sad and dangerous that John Bolton’s final public role is that of a traitor who damaged America by violating his sacred trust with its people,” the Secretary of State said. “I was in the room too,” Pompeo claimed, and disputed accounts of the administration’s many consequential decisions by Trump’s former National Security Adviser (NSA). This engaging book, which breaks the news that the numbers do not speak for themselves as advertised, but as they are tweaked, is due out next Tuesday. But the publishers should have rushed it to press months ago when the pandemic broke out and graphs based on dubious data, depicting the progress of the disease, the utter disarray of the public health response, the chances that you would be infected, and the slim subset of the chance that you would die, began to appear every day on the front pages. Contexts kept shifting, the conclusions reliably different and united only in their ability to urge you to lose faith in data. West and Bergstrom, who teach information science at the University of Washington, remind us that faith is old hat. To know what exactly is going on, you must be able to evaluate the data, and its manipulation, for yourself. It’s surprisingly easy. The world is about to end. In half an hour. Death Star ITR-688 is nigh. Opposition is to be blamed. On the streets is a farrago of mobs invoking god or inciting riot. Prime-time news anchors are either apologetic or wear spacesuits and smirks. Amid all this, Pintoo’s last wish – like his creator Varun Grover’s – is to bite into a hot, melt-in-mouth gulab jamun, from Varanasi’s Pandeypur.

The real-fantastical chronicle of the year 2020 – with all its doom, gloom and kaboom – is what makes the brazen, bittersweet webcomic/graphic novella Karejwa, recently released on online portal Bakarmax, in Hindi, English and Hinglish, in a scroll-down format for the social-media-friendly audience. “Comics, unlike a graphic novel, don’t aspire to the literary quality of a traditional novel and focus more on concepts, artwork, commentary, and world-building. But the boundaries are blurring between genres,” says lyricist-scriptwriter Grover (40, Mumbai), whose graphic novel Biksu in Chota Nagpuri dialect released last year.

For all the latest Eye News, download Indian Express App.