During the hearing on the matter, the Centre told the top court: "Given the situation, States “must not permit” movement of Kanwariyas to bring Gangajal from Haridwar to Shiva temples but in view of age-old customs and religious sentiments, make it available through tankers at designated locations." 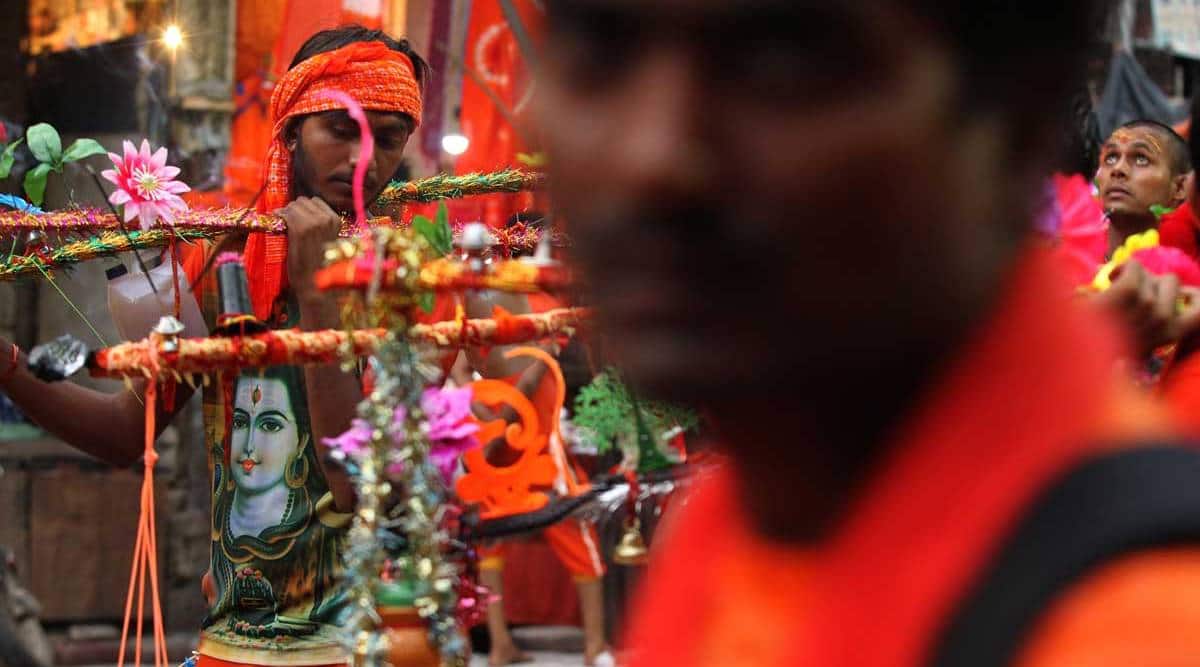 The Supreme Court Friday asked the Chief Minister Yogi Adityanath-led Uttar Pradesh government to reconsider its decision to allow Kanwar yatra amid the Coronavirus pandemic saying health of people and right to life is paramount.

“It is of prima facie view that it concerns all of us and is at the heart of the fundamental right to life. The health of citizens of India and right to life is paramount, all other sentiments whether being religious is subservient to this basic fundamental right,” the apex court bench said.

The court asks the Uttar Pradesh government to apprise the court about its decision on Monday, otherwise, it will pass an order.

During the hearing on the matter, the Centre told the top court: “Given the situation, States “must not permit” movement of Kanwariyas to bring Gangajal from Haridwar to Shiva temples but in view of age-old customs and religious sentiments, make it available through tankers at designated locations.”

Uttar Pradesh is pressing ahead with the annual ritual that sees a heavy movement of pilgrims across states in the northern belt.

UP Additional Director General (ADG) Law and Order, Prashant Kumar had on Thursday said that this year, the yatra will be held from July 25 to August 6.

Talking to The Indian Express on the arrangements for the yatra this year, UP ADG Kumar said Covid protocol will be followed, with the administration setting up ‘Covid care booths’ with masks, sanitisers, testing kits, pulse oximeters and thermometers on the yatra routes. State government officials said a negative RT-PCR test report will be made compulsory for the yatra, if required.

“It is expected that this year there will be lesser crowd as appeals are being sent out to this effect,” Kumar said.

Meanwhile, with neighbouring Uttar Pradesh among others saying it will not stop the kanwar yatra, a cautious Uttarakhand is drafting a Standard Operating Procedure (SOP) to handle pilgrims who might enter the state despite the government suspending the procession within its boundaries.

DGP Ashok Kumar, who held a meeting with police officers on the issue Thursday, said forces will be deployed on Uttarakhand borders, for which assessment of the number of police personnel required had been done, and kanwar enforcement teams constituted in every district. The yatra begins around the last week of July.

As part of the yatra, kanwariyas trek up to or drive to ghats of the Ganga, and fill pitchers with water from the river before making the journey back to their towns and villages. While much of the traffic is usually headed to Haridwar, pilgrims also go to the UP districts of Muzaffarnagar, Baghpat, Meerut, Ghaziabad, Bulandshahr, Hapur, Amroha, Shamli, Saharanpur, Agra, Aligarh, Bareilly, Kheri, Barabanki, Ayodhya, Varanasi, Basti, Sant Kabir Nagar, Gorakhpur, Jhansi, Bhadohi, Mau, Sitapur, Mirzapur and Lucknow.