‘It is a testing time for our foreign policy which may involve a certain element of taking risks, assessing costs, and expecting failures,’ asserts Commodore Venugopal Menon (retd).

What are India’s options in Afghanistan?

Undoubtedly the priority for the government was to evacuate Indian nationals, security personnel and diplomats from Afghanistan.

An Air India flight was able to evacuate 129 passengers on August 15 amidst the chaos at Kabul airport.

Thereafter Indian Air Force C-17 troop aircraft have been involved in the evacuation.

Despite the Taliban controlling the roads leading to the Hamid Karzai international airport, our evacuation effort is making progress. 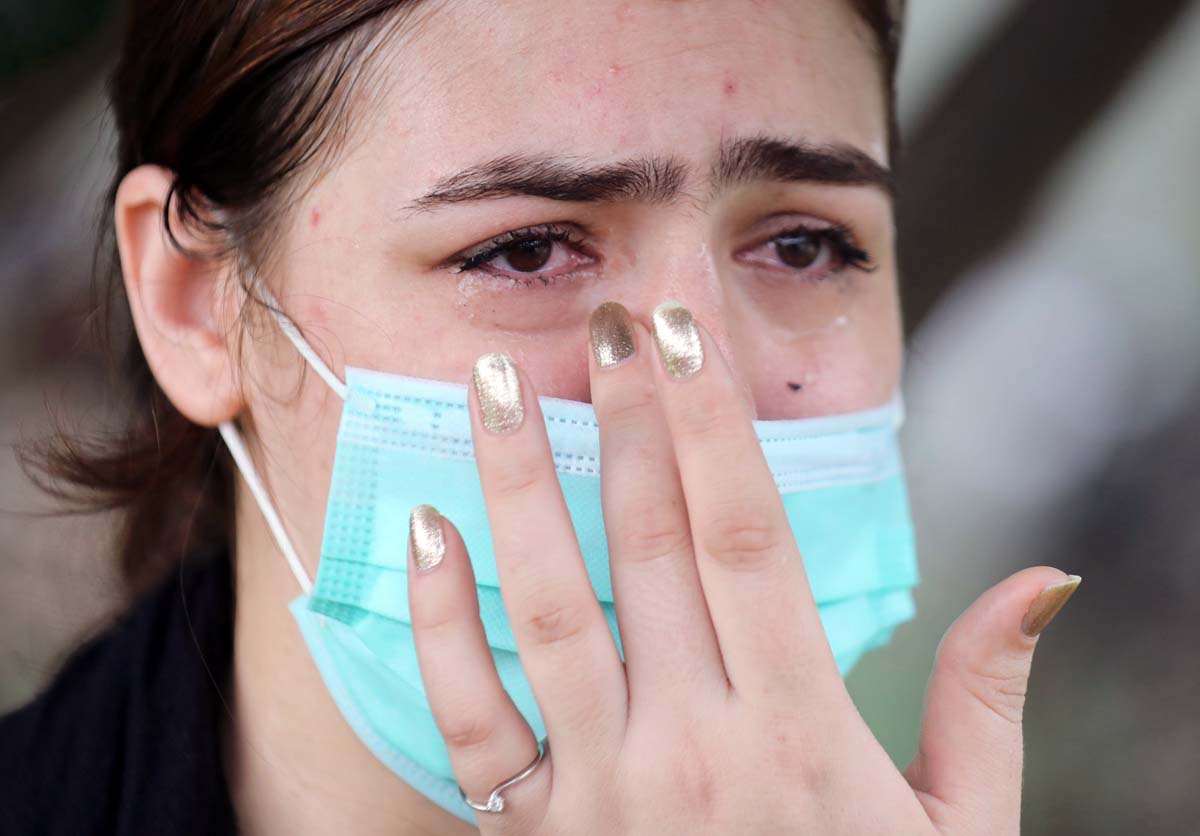 2. Helping Afghans who want to leave

Hundreds of Afghan nationals, many of them allied to the Ashraf Ghani government are seeking to leave the country and have applied for visas from the Indian embassy in Kabul.

Among them are those with links to India, who have studied or trained here, or with families in India, or those who could face reprisal attacks from the Taliban.

Although some statements have been made in the media, no stated policy has been announced on whether it will welcome all Afghans, as India has done on previous occasions.

If the government does accept them, then arrangements for what could be thousands of refugees will need to be made.

Over 4,500 Afghan students study in India on scholarships. It is very likely that many of them would prefer to stay back in India post the Taliban takeover.

The Government of India may be required to assist them in completion of their studies and settle them in suitable professions. 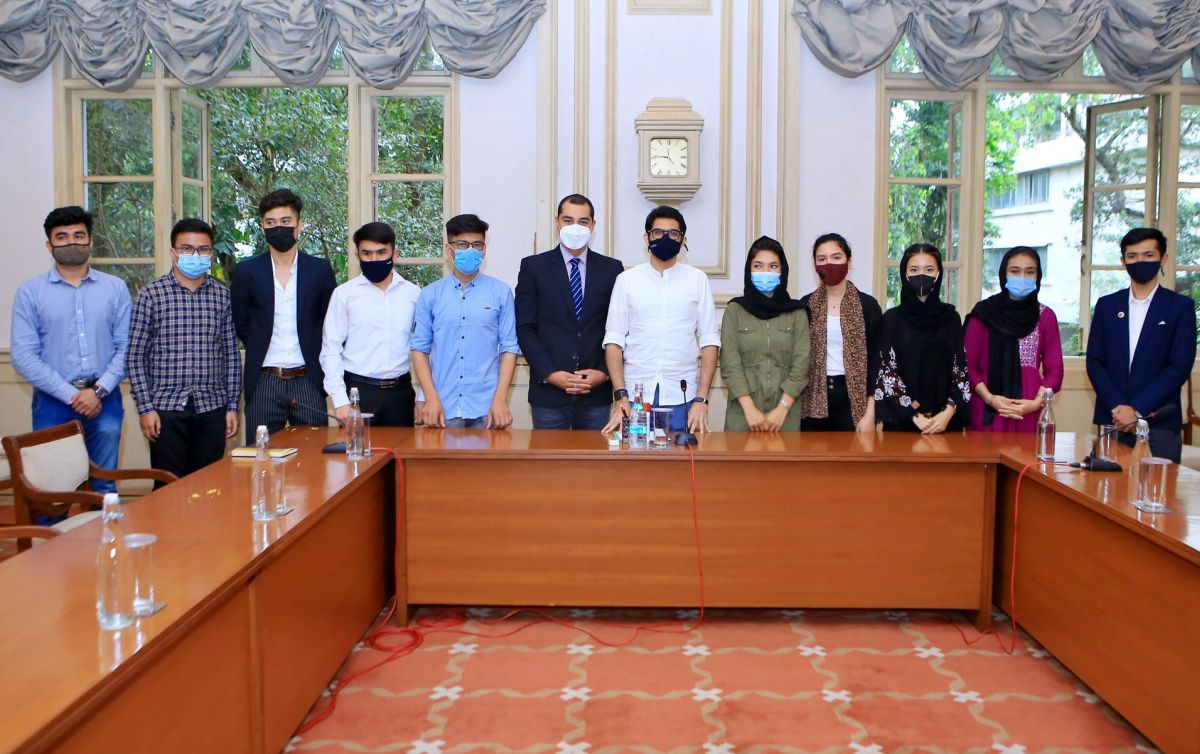 The most significant statement made at the end of talks was that they will not recognise any government in Afghanistan that is imposed through the use of military force.

However, this clause has already been discarded even before the ink dried on paper. Media reports indicate that China, Pakistan, Russia, Iran and Turkey have recognised the Taliban legitimacy, though no formal announcement has been made.

It is very likely that Uzbekistan, Tajikistan, Kyrgyzstan and Qatar may follow suit and consider recognition of the Taliban regime.

Many other countries who are directly not affected by the turn of events in Afghanistan may also join the bandwagon.

The decision to recognise the Taliban is particularly difficult for India, which was earlier closely allied to the Ghani government.

Another challenge that the government may face is at the UN where India is president of the United Nations Security Council for this month.

In this regard, a point to note is that no resolution can be passed in the UNSC with Russia and China sitting at the high table.

Calls for sanctions on the Taliban/Pakistan have been made in many fora who are probably unaware of the business rules in the UNSC.

Hence in my view, our role as president of the UNSC will not make any significant impact.

Further, there is no hurry for India to recognise a regime without assessing the security situation on the ground and the response of the new regime.

5. Dealing with the Taliban regime

Regardless of whether or not India recognises the Taliban as the legitimate ruler in Afghanistan, the government may have to open channels of communication to engage the Taliban either directly or through a third party — probably Russia — after the dust settles down.

In the past few months, security officials and diplomats have made initial contact with the Taliban in Doha and the MEA had been engaging with various stakeholders in Afghanistan.

A point to note is that intelligence inputs indicate a more heterogeneous composition of Taliban which includes LeT manning vantage points in Kabul, ISIS in Herat, Lakshar at Gah province and freelance Mujahideen in Kandahar.

This composition makes the issue complex further as the stakeholders are too many.

Another factor to be considered is that Taliban and its allies have put up a united front thus far to seize power in Afghanistan.

However, the formation of a Government to administer the country is a different ball game and would not be an easy task with each faction having their own interests.

Considering all these issues, India needs to wait and watch for the muddy water to clear before taking any step towards engaging with the Taliban. 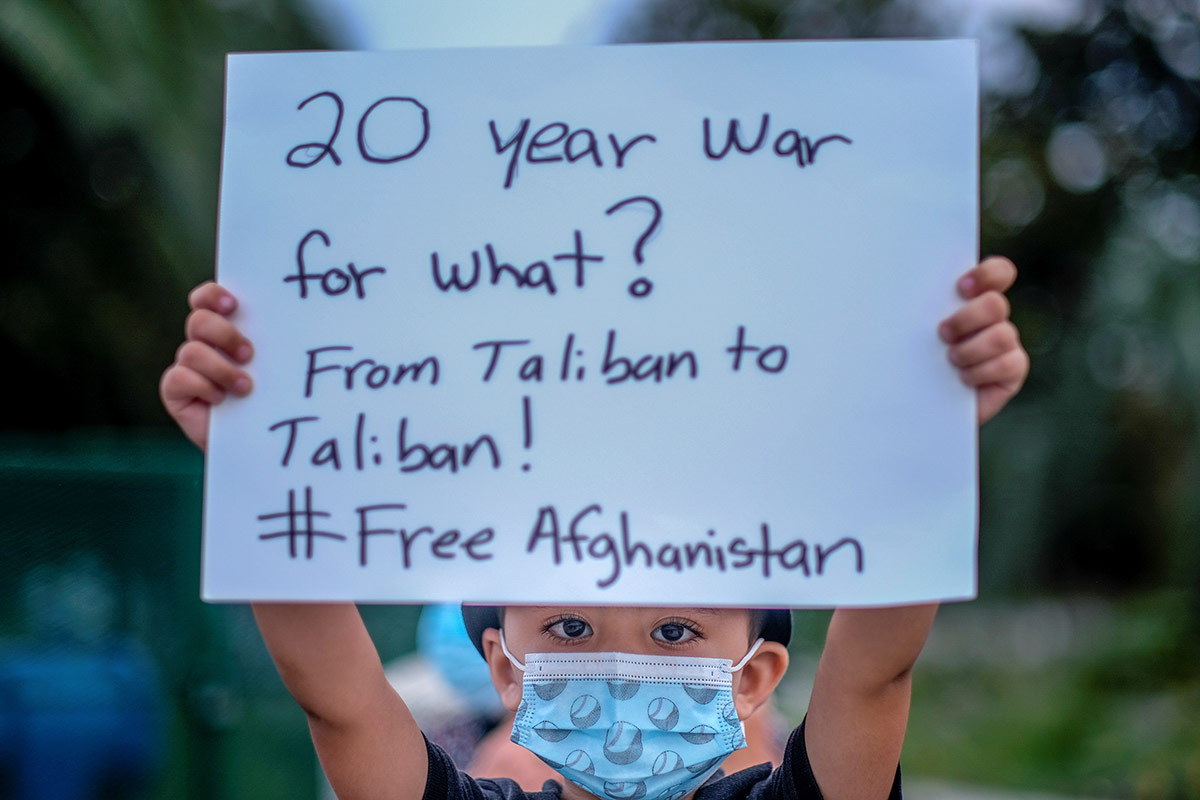 The larger questions that the government faces in the long run are about how its strategic options in Afghanistan will change given the Taliban’s proximity to the Pakistan establishment and the new influential player — China.

Concerns of anti-India terror groups occupying space in Afghanistan to carry out terror attacks against India cannot be ruled out.

India’s influence with the new government in Kabul is likely to be considerably less due to obvious reasons.

Other strategic issues involving future connectivity, which India had sought to do via the Chabahar port in Iran, must also be considered in the longer term.

Risk Factors to be considered

The first set of risks factors to be considered is a possibility of fertile ground which would facilitate an increase in international and regional terrorism.

The same clause was included in the agreement signed between the US and the Taliban. However well-intentioned these words might be, there is little clarity on how these guarantees will be upheld.

Chances of an attack on US mainland or on Western allies directly by the Taliban or its splinter groups is remote.

India being a neighbour faces maximum pressure from a resurgent Taliban equipped with sophisticated American weaponry captured/left over by the Afghan National Army.

The Haqqani group, which continues to be the best armed and trained Taliban faction, has engineered and carried out attacks against Indian assets, including the Indian embassy in Kabul.

Given the close connections between the ISI and Haqqani leadership, it is highly likely that a reconciled Haqqani group will continue with its anti-India agenda.

Lastly, the security vacuum created by the US-led drawdown of forces has resulted in the rise of the Islamic State Khorasan, a branch of the self-proclaimed Islamic State operating in South Asia and Central Asia.

This group’s ability to attract radicalised individuals, including from India, and recruit well-trained defectors from Taliban and Pakistani militant groups is a real threat adding another dimension. 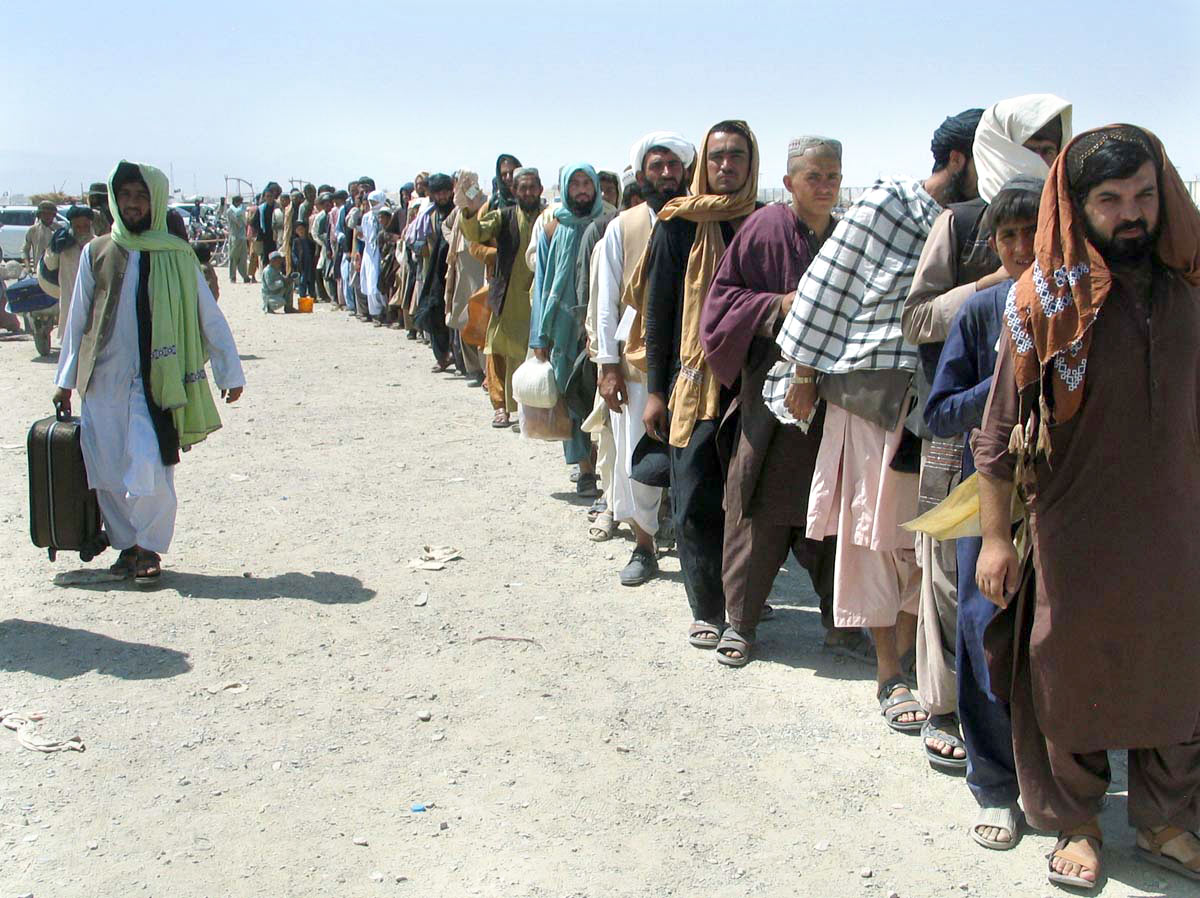 The second related set of risks has to do with the ISI’s increasing influence in Afghanistan.

The nexus between the Taliban (especially the Haqqani group) and the ISI underscores Pakistan’s increasing influence within the country.

The Taliban leadership may not always see eye to eye with the Pakistani State and the ISI, but the ISI’s influence over the Taliban is undeniable.

In the current scenario, a Pakistan supported Taliban government in Kabul is not a comfortable situation for India.

China has been discreetly developing close relations with the Taliban and would endeavour to capitalise their economic clout towards achieving strategic objectives of extending their reach towards West Asia.

It is also likely that sophisticated military hardware abandoned by the ANA would reach Chinese hands where it could be reverse engineered.

Chinese influence in Afghanistan is certainly not in India’s best interests. 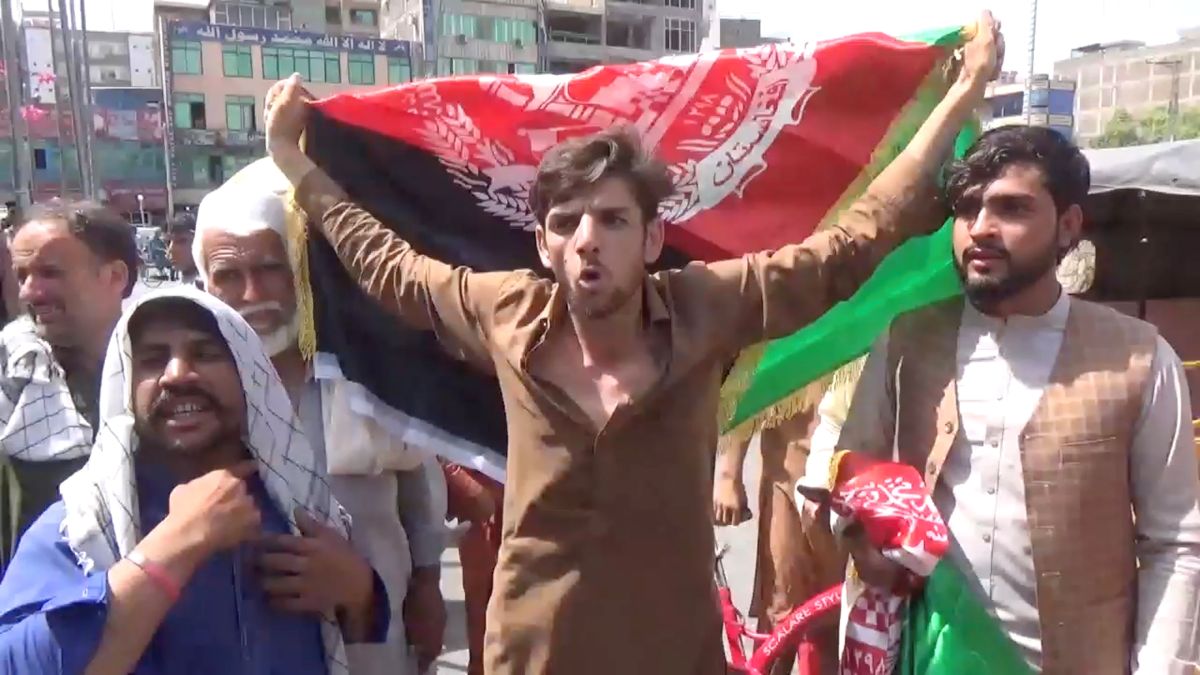 From the time the Taliban took control of Afghanistan, their spokespersons have been projecting a picture that the international community would be pleased to hear, especially about human rights and treatment of women within the caveat of Sharia law.

How far the Taliban would stick by those words is something that one needs to wait and watch.

Twenty years have passed since the US intervention and since then the lifestyle of Taliban and dynamics in the country have changed considerably.

Hence, there is a possibility that their barbaric methods of yesteryears may see a moderate shift in order to be accepted by the international community and give legitimacy to their government.

There are costs to every strategy of action.

A strategy of wait and watch would be a better option for India at this juncture.

India could contribute to any humanitarian assistance effort under the UN umbrella as we have done in the past as a responsible global player.

Though the current situation is in a flux, India will need to conduct a detailed net assessment of the political costs to its interests.

However, the potential costs should not become excuses to ignore the urgent need to politically reassess the current shifts underway in Afghanistan.

It is a testing time for our foreign policy which may involve a certain element of taking risks, assessing costs, and expecting failures, but it will also mean doing everything possible to address real challenges in a country that has friendly relations with India historically and also in the capacity as a regional power.

At the same time, it is equally important that we exercise caution and deliberation whilst assessing the ground situation before we engage with the new regime.

Commodore Venugopal Menon served in the Indian Navy for 29 years in operational roles, including commands at sea, and training and staff assignments at Naval HQ.
In addition to the staff and war courses in the Indian Navy, he underwent the executive course at the Asia Pacific Centre for Security Studies, Honolulu.