Karthikeyan (30), son of DMK women wing’s deputy secretary Seeniammal, allegedly committed the crime on his own, and initial probe has found that the motive behind the act was to allegedly retrieve the money his mother had paid to the victim’s family. 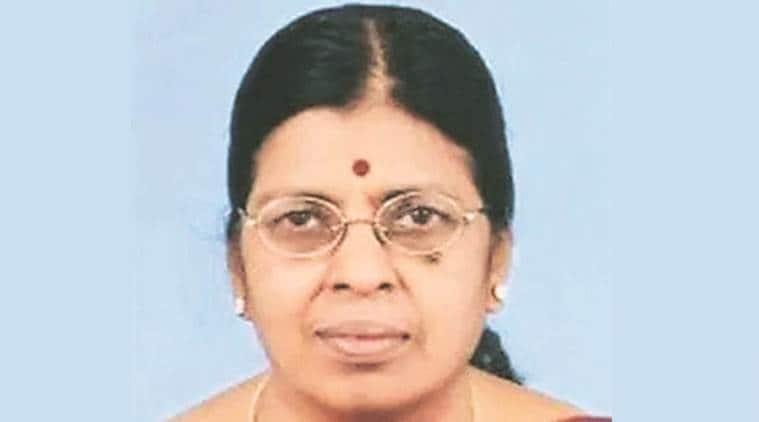 The police on Tuesday booked a local DMK leader’s son for allegedly killing former Tirunelveli mayor Uma Maheshwari, her husband Murugasankaran and their domestic staff. A senior police officer said the murders were carried out allegedly to retrieve an amount of Rs 50 lakh allegedly given to Maheshwari’s husband to get an Assembly poll ticket for the mother of the accused.

With the twist in the investigation, the case was Monday transferred to the Crime Branch CID of Tamil Nadu Police.

Karthikeyan (30), son of DMK women wing’s deputy secretary Seeniammal, allegedly committed the crime on his own, and initial probe has found that the motive behind the act was to allegedly retrieve the money his mother had paid to the victim’s family.

“We have information that a huge sum was paid by Seeniammal’s family to Maheshwari’s husband Murugasankaran to get a ticket for her from Tirunelveli in the 2016 May elections. They didn’t get the seat and the cash was not returned either,” the officer said.

Karthikeyan has been booked under Section 302 and 380 of the Indian Penal Code. Police earlier ruled out the first lead — suspected movement of three youths near Maheshwari’s home — and the probe led to Karthikeyan as his speeding car was spotted in CCTV footage in the same locality around 12 in the afternoon. Forensic experts confirmed that the murder was carried out at the same time. “Karthikeyan’s house was about 6 km away from the site. This led to further probe. Among the local politicians, the longstanding rivalry between both the families was not a secret. Seeniammal’s camp believed that Maheshwari always sabotaged her growth in the party,” an officer part of the investigation said.

Maheshwari, who was the ex-mayor of Tirunelveli and contested in 2011 Assembly polls, was the secretary of the DMK’s women wing. “According to Karthikeyan, his mother had lost the chance to become the mayor of Tirunelveli in 1996 and to contest in the Assembly polls in 2001 because of Maheshwari. In 2016, they had paid about Rs 50 lakh to Maheshwari’s husband, hoping that they would help them get her (Seeniammal) an Assembly poll ticket… Retrieving the cash from Maheshwari was suspected to be the main trigger for the murder,” according to an investigating officer.

While police questioned Seeniammal and allowed her to go home, Karthikeyan is being interrogated to recover key evidence, including the weapon and jewellry stolen from Maheshwari’s home after the murder. “Karthikeyan was jobless and unmarried after he failed to complete his engineering course,” the officer said.