It is important to acknowledge three distinctive features of the Jawaharlal Nehru University. 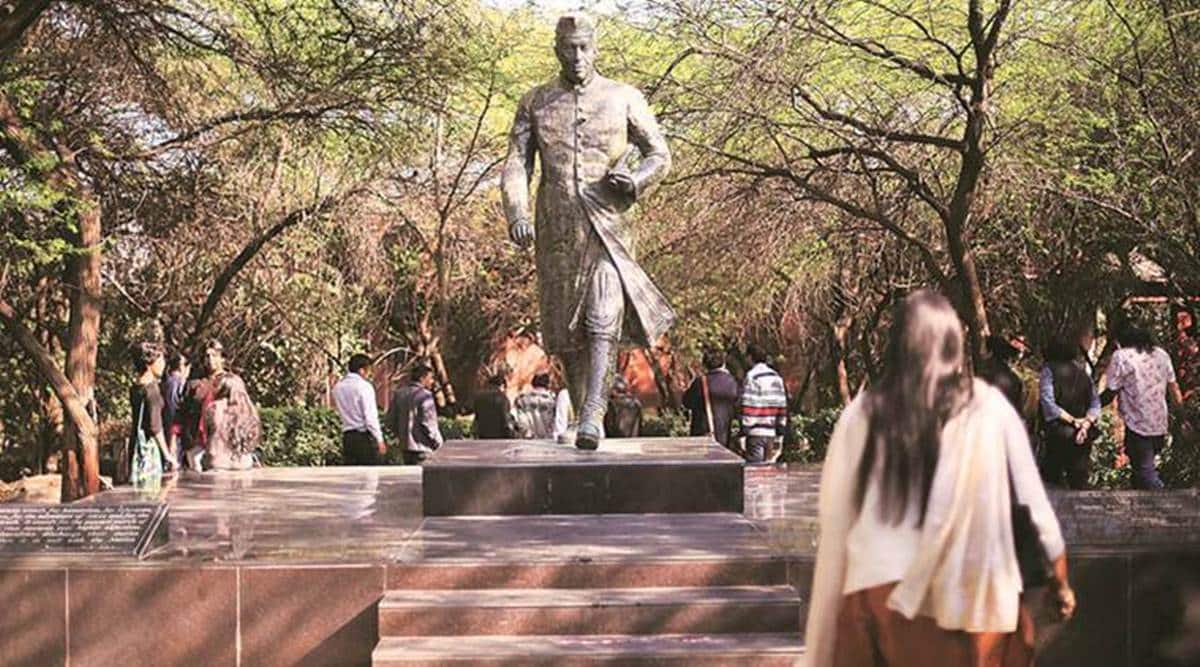 As I move around the JNU campus, I often ask myself a question: What does it mean to look at the statues of Jawaharlal Nehru and Swami Vivekananda, and then enter the Dr B R Ambedkar Central Library? Possibly, this question has acquired its significance because we live in an extremely polarised world with the dominant imageries of “left” and “right”: A world where some might fear a “Hindu” Vivekananda cannot coexist with a “subaltern” Ambedkar or a “secular” Nehru. Or, given the dominant political discourse prevalent in the country, some might think that the unveiling of the statue of Swami Vivekananda at the JNU campus is just a beginning; it is a step to “purify” the “Left-Ambedkarite” university, and bring it closer to our “nationalist” aspirations. However, as a teacher/wanderer with some sort of intellectual and emotional affinity with the campus, I seek to reflect on the ideal of a university beyond the much-used prism of the “left” vs “right” discourse.

To begin with, it is important to acknowledge three distinctive features of the Jawaharlal Nehru University. First, with its galaxy of professors and bright students from all over the country, the university succeeded in nurturing a fairly developed critical mind: A mind well-versed with major debates in humanities and social sciences, or a mind that can raise new questions, and contribute to the domain of knowledge. No wonder, radical thinkers like Antonio Gramsci and Louis Althusser, Ranajit Guha and Eric Hobsbawm, Judith Butler and Michel Foucault occupied the consciousness of generations of students and teachers.

Second, the dissemination and transaction of knowledge were not separated from the process of political churning. Amongst students and even teachers, there was an inherent scepticism towards the status quo. Be it the anti-Emergency struggle or the recent protest against the CAA, JNU became a major site of struggle and critical voices. In this sense the university acquired a “political” character.

And third, unlike what happens in a traditional/conservative society, the cultural landscape of JNU was filled with experimentations, openness and new possibilities. From protest songs to radical theatre, and from endless addas to colourful posters conveying the messages of Phule and Ambedkar, Marx and Che, one hears the echo of Marxism, Ambedkarism, feminism, and postmodernism all around.

These vibrations of the university enriched us. And one need not be a “leftist” to learn from the spirit of critical pedagogy, enriched socio-political debate and high-quality scholarly activities. For many students, including those who chose to join the Indian civil services, the university became a life-transformative experience, not just a place from where one acquires merely a degree or a certificate.

However, it would not be entirely wrong to say that despite its academic excellence and culture of protest, there were some problems. Possibly, as an island, it became increasingly insulated from the periphery; it evolved some sort of intellectual snobbery and lost its connectedness with local intellectuals and diverse knowledge traditions. Moreover, at times, its radicalism became somewhat intolerant, or suspicious of all those who saw the world differently.

For instance, I have no hesitation in saying that the ideas of Gandhi, Tagore and Aurobindo didn’t get adequate importance; and any reference to texts like the Bhagavad Gita or the Upanishads was often condemned as “Brahminical”. In other words, we were losing the art of listening. This broken communication, I fear, led many to stigmatise JNU as “elitist” and even “anti-national”.

The university needs honest self-reflection. This means going beyond “left” and “right”. This is to cultivate the spirit of epistemological pluralism, and to encourage the art of listening as an integral component of reflexive pedagogy. And this is fundamentally different from the ugly practice of blame game (you “leftists” have dominated so far; and now it is our turn; you spoke of Marx and Ambedkar; and now we will valorise Savarkar and Golwalkar; you celebrated gender studies and peasant struggle; and now we will introduce Sanskrit, yoga and Ayurveda). In fact, a university can be healed only if as students, teachers and administrators, we acquire the courage to break this vicious cycle, and see ourselves as seekers and wanderers, continually learning and unlearning with openness, fearlessness and a dialogic spirit.

It is in this context that the question with which I began this article becomes alive once again. I look at Nehru’s statue and recall his Discovery of India — the way “modernist” Nehru sought to understand the vibrancy of an old civilisation, and at the same time wanted to fight the “dead weight of the past”, and regenerate a new nation. It was rooted, yet cosmopolitan. And then, I look at Swami Vivekananda. I begin to hear the marvellous speech he delivered at the Chicago Religious Congress — the Upanishadic message of fundamental oneness amid differences; I see his passionate plea for “practical Vedanta”, a radical religiosity to serve people. Yes, I laugh at those who think that they can fool me by saying that Vivekananda was a champion of militant Hindu nationalism. Finally, with Ambedkar, I open my eyes, and give my consent to the project of annihilating caste. And I feel that a university should be an ideal place to encourage students and teachers to engage with this plurality of visions, and even live with philosophic ambivalence. And hence, I imagine a student studying Lokayata as well as Vedanta, Franz Kafka as well as Kalidas, Gandhi as well as Foucault without shame and anxiety, or snobbery and instrumentality.

This requires freedom — an environment that respects students and teachers and allows them to unfold their potential. However, instead of the development of this ideal, we are witnessing a process of systematic destruction of the very soul of a university through the psychology of revenge.

Avijit Pathak is professor of sociology at JNU