In a long history of migrants, indentured or willing, like the Gujaratis of South Africa, the quest for home comes alive in the stories of ocean crossers, rebels and poets 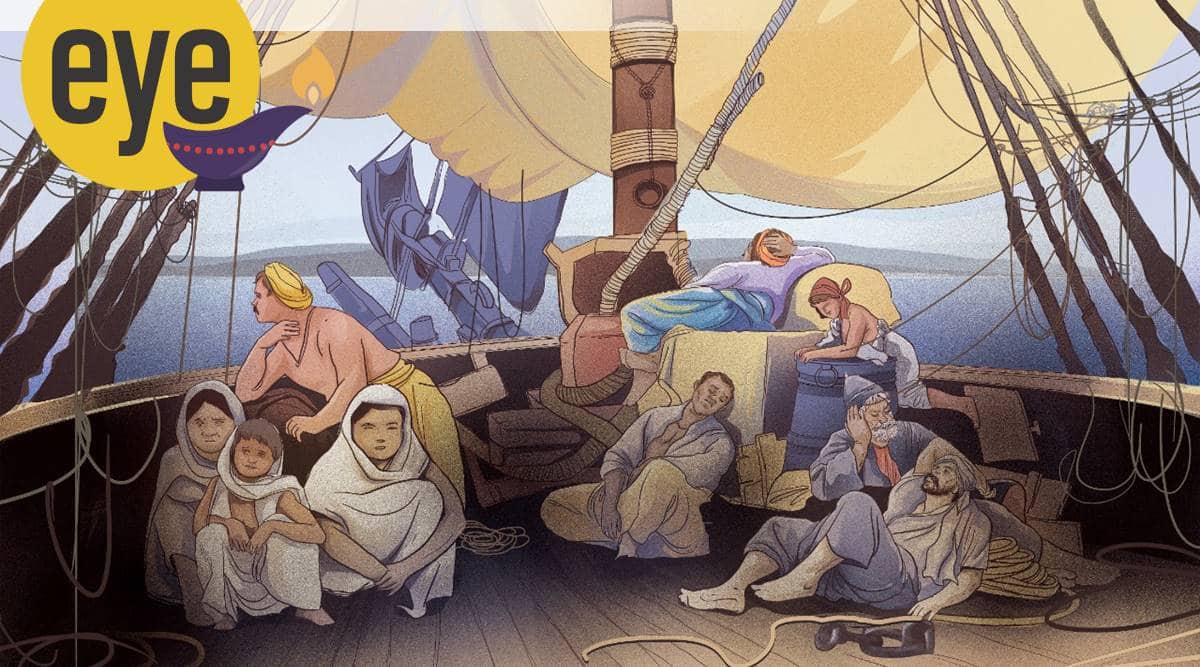 Fifty years ago this week, on a late October day, Ahmed Timol, a South African anti-Apartheid activist of Indian descent died after falling from the 10th storey — the notorious Security Branch — of the John Vorster Square police station, Johannesburg. The police claimed Timol’s death was a suicide and joked that “Indians can’t fly”. A second inquest in 2017-18 held that Timol had been killed and charged Apartheid-era cop Joao Rodrigues with pre-meditated murder. Rodrigues died last month before his upcoming prosecution, leaving victims of Apartheid crimes, including many of Indian origin, with a sense of justice denied.

It is not in South Africa that I hear about Timol but in an Indian west-coast village, around 7,000 km away. In a photograph of Timol’s funeral, hundreds of men, distinctly Indian in appearance, surround the bier. Their roots can be traced to this village I have wandered into, in pursuit of information about a spontaneous migration of free-willed Indians to South Africa in the late 19th century; a phenomenon that is surprisingly little known in India, except in connection with MK Gandhi who went there as a young lawyer in 1893.

The background to Gandhi’s sojourn was the export of Indian indentured labour to British colonies in Africa and the Caribbean following the abolition of slavery by the UK in 1833. 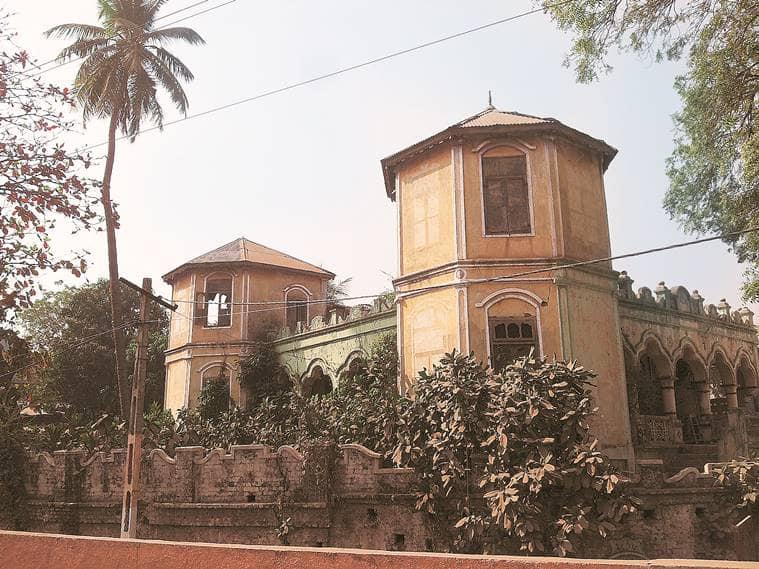 Indentured workers landed in Durban in 1860. The need to supply them with food and clothing created opportunities for trade. In 1877, Queen Victoria, crowned Empress of India, declared “Ourselves bound to the natives of our Indian territories by the same obligations of duty which bind us to all our other subjects.” The world’s largest reserves of diamonds and gold were discovered in South Africa. The new geography of the empire beckoned.

People in western India then, reeling under colonial taxes, had an unexpected windfall in a surging demand for Indian raw cotton, courtesy the American Civil War; the demand, though short-lived, provided enough spare cash to buy one’s way out. The traders went from the Gujarat coast: a few from Saurashtra like Gandhi’s host, Dada Abdulla, who was a Memon trader from his hometown Porbandar, and many from Surat and its rural outskirts.

A more extensive exodus, including individuals from other parts of the country followed, a group of migrants that came to be called “passenger Indians” because they paid their own fare unlike indentured workers. The first lot of migrants was exclusively Muslim, joined over time by Hindus willing to breach the taboo against crossing kaala paani. Young men packed their scanty belongings in trunks made from kerosene tins and left — some headed to Mauritius, where the first batch of indentured workers had gone, and some to South Africa. 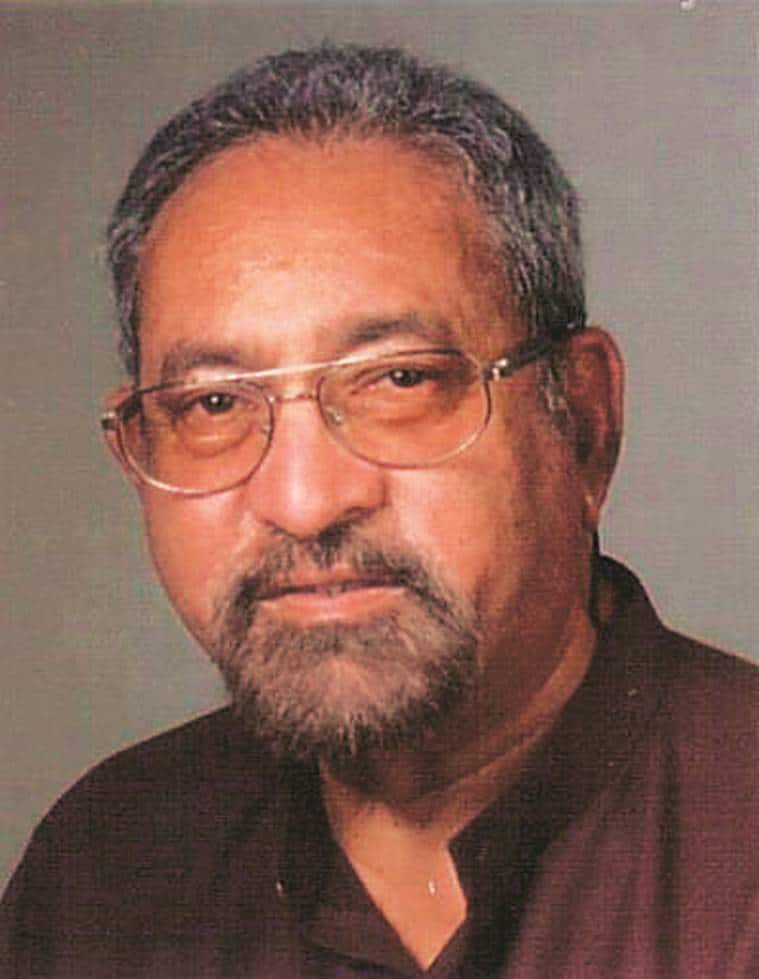 Kholvad, a village on the banks of the Tapi, is 20 km outside Surat, a former Mughal port often referred to as the “Venice of the East”. I see gable roofs reminiscent of European merchant houses, an octagonal oriental window and richly panelled mahogany cabinets mouldering amid the clutter of domestic life. The walls of a former musafirkhana sport a mural of drapery, thick folds of green and maroon damask with looped frills and plump tassels, a Trompe-l’œil ballroom!

These exotic mansions probably belonged to rural grandees with a connection to trade. Around them, creating a palimpsest of transoceanic exchange, are more modest houses of émigrés, empty, with windows enclosed by boards the same colour as the walls, like shut eyelids. Lintels inscribed with phrases from the Quran indicate their owners are Sunni Bohra, Muslim agriculturist-traders, who, according to a 1963 golden jubilee souvenir of the Johannesburg-based Madressa Anjuman Islamia of Kholvad (MAIK), were “toiling tillers, with calloused hands, and sunburnt skins…(a) humble and obscure community” to whom “came tales of the discovery of Gold in a far-off land, at the bottom of the continent of Africa”. A clocktower flares over the river bank: it arrived from England in 1916, four dials of six-foot diameter each, and a bell weighing 14 mans (522 kg), a Big Ben on the Tapi. Overseas patrons have funded works of public utility and, in Kholvad, a flourishing school, the MAI High School with a science hall donated by “Hajee Yusuf Ahmed Bhabha of Standerton (SA)”.

Within its faded walls, I meet the bespectacled school librarian and find in his collection of magazine clippings and brochures names of expatriate sons/daughters, from the neighbourhood, who reprised the struggles of an earlier generation of migrants in resisting Apartheid. The charismatic internationalist, Yusuf Dadoo; Suliman “Babla” Saloojee, a member of the 1950s Picasso Club which painted political slogans in public places, killed in 1964, possibly by the security police; Amina Pahad; Zubeida Patel and other doughty women who took part in the historic 1956 Womens’ March to the Union Buildings in Pretoria.

Ahmed Kathrada, jailed with Nelson Mandela on Robben Island and a native of Lachpur village (his surname derives from the Gujarati word katha, a type of rope made along the coast for use on ships), writes in the school’s 2014 centenary souvenir about his flat in the five-storey building “Kholvad House” on 27 Market Street in Johannesburg, a hotbed of activism, often visited by Mandela and other African National Congress leaders such as Walter Sisulu and Albert Luthuli.

Ahmed Timol, son of Haji Yusuf Timol of Kholvad, a teacher with a scholarship from the Kholvad Madressa, joined the then-banned South African Communist Party and became part of a peripatetic community of temporary exiles in training. One of the photographs in Imtiaz Cajee’s book Timol-Quest for Justice: Ahmed Timol’s Life and Martyrdom (STE Publishers, 2005) shows him in St Petersburg, Russia, and another, strolling with a friend in West Kensington, London. The friend in the picture is another Kholvad native Essop Pahad, who became a minister in the Presidency under Thabo Mbeki in 1999. On the cover is a portrait of Timol, young, dreamy-eyed, tacked onto a card marked “Case No. 2361-71” against a tall building with gleaming glass windows. 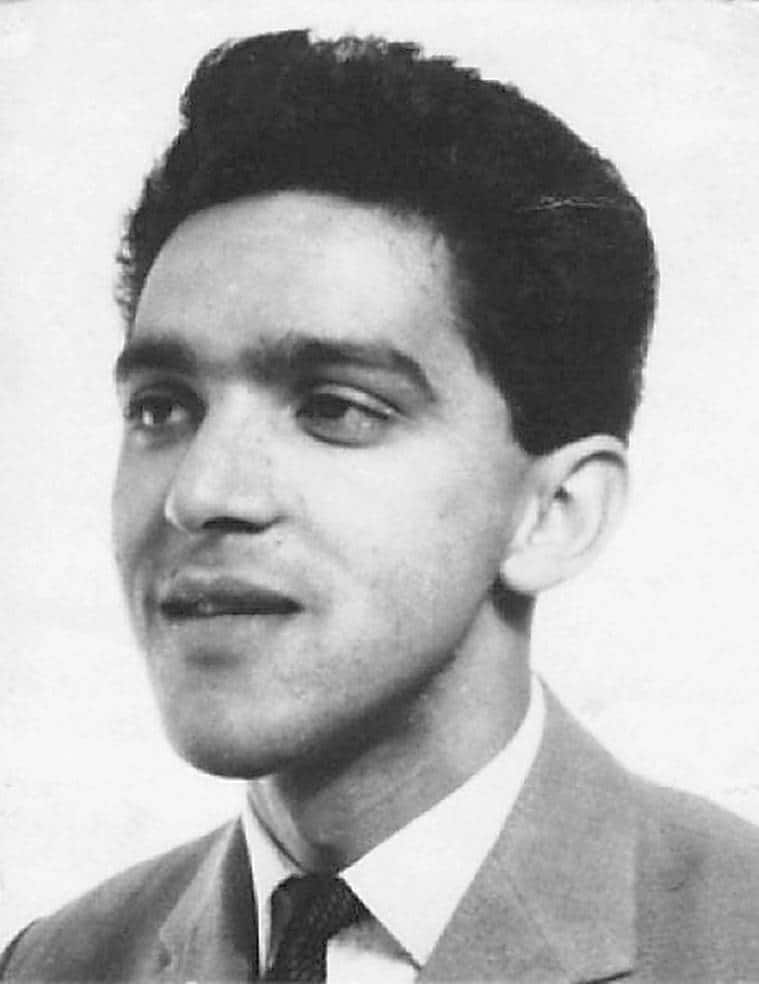 Electric cables hang loose over village lanes lined with small houses bearing names of absent families. Unlike indentured workers, passenger Indians kept a foot in the mainland. Goolam Vahed, a professor of history at Durban’s University of KwaZulu-Natal, whose grandfather went from Kathor, a village on the banks of the Tapi, to Natal as a five-year-old, inherited a pile of letters that had criss-crossed the ocean. The Desais, who own a chain of shops in Port Louis, are scattered by marriage between India and Mauritius. Abdool Cader Kalla, a retired teacher in Mauritius, has a story about his ancestor’s Creole wife who “carried a pot of thyme with her which still grows in our Indian village.”

Over time, ties weakened and each successive generation in the diaspora visited less. I think about the concept of “home” and what it means in a long history of migration and globalisation and I see before me, on Kholvad’s sloping sunlit streets, a lovely sight: a pencil-shaped house with arches, carvings and motifs. Puzzled by a sudden sense of déjà vu, I glance at the sheaf of papers in my hand and realise that I have seen a photograph of the building in a 1990 article in the Parisian weekly magazine Télé 7 Jours, about a poet Idriss Issop Banian whose grandfather migrated to Reunion Island from Kholvad in 1897. I read a few lines from his poem Mulakaat (Meeting):

(Amrita Shah is a writer based in Mumbai/Bengaluru)