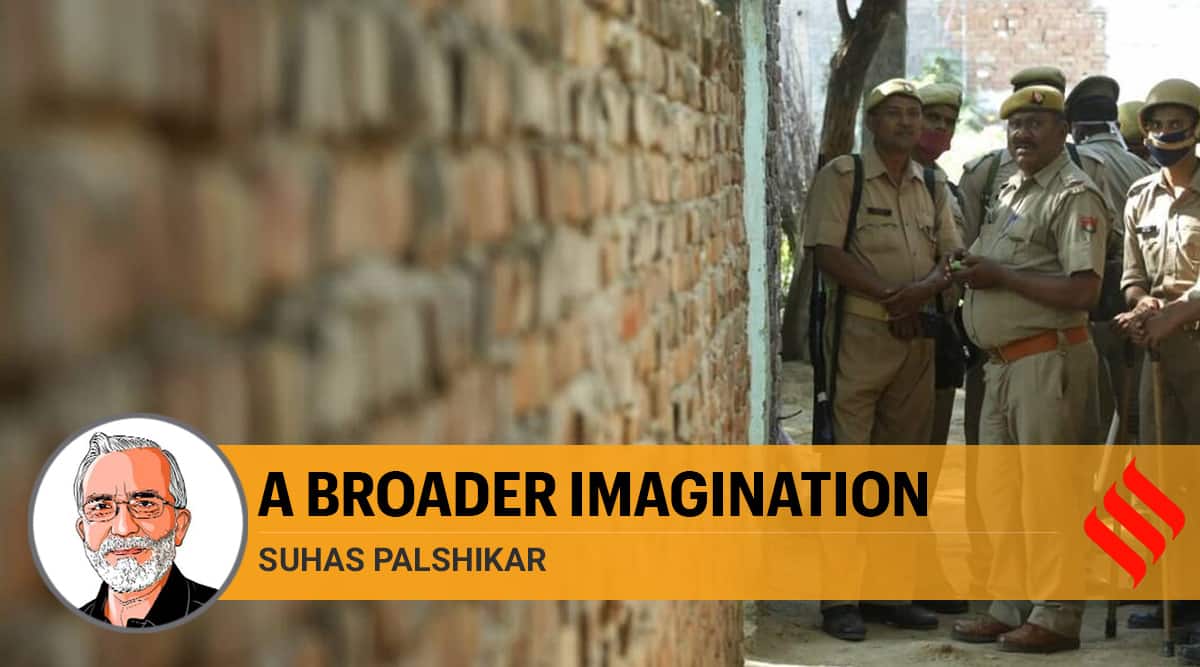 What happened at Hathras is significant for two reasons. First, and most tragically, the Hathras event failed to stir the nation’s conscience and instead, wrapped in blind party loyalty, it got reduced to laughable charges of international conspiracy to tarnish the state’s image. Second, while various parties and leaders promptly protested, all such protests dissolved in the routine politics of tokenism. Thus, Hathras failed to produce a sustained movement combining questions of caste, gender and state repression. Yet, developments in UP haven’t caused nationwide Dalit protests nor do they seem to be leading to a new churning in Dalit politics.

Just as Hathras is symptomatic of our sick and debased mentality as a society, it is equally symptomatic of the disappearance of Dalit politics. And the two are not entirely unrelated. Ambedkar’s insistence on “politics” and his concern with power remain instructive because experience has shown that social change becomes an untenable proposition in the absence of a constant engagement with politics. The critical question is how to conduct that politics and to what end. The politics Ambedkar was probably talking about was not about the number of ministerial positions or budget allocations, but fundamentally about how norms and rights are understood.

But even then, this question of power becomes relevant — and even urgent — at the relatively contingent level of the role of Dalit politics in formal party competition. This is something that parties and politicians claiming to represent Dalits need to engage with and yet have only limited control over. The presence of caste-specific loyalties and the dynamics of state-level politics have often meant that there is no all-India Dalit politics. The BSP began with the ambition of becoming the leading force in shaping national-level politics but got subsumed in UP politics. Even at the state level, in the entire belt from West Bengal to Punjab, where the SC population is substantially higher than its all-India average, Dalit politics is almost non-existent. In UP, where it made headway once, it has abdicated that position. So much so that in the Hathras developments, the BSP seems to be present only through tame statements.

In the context of competitive politics, besides the structurally-enhanced inability of an all-India Dalit politics, it has always faced the complex task of entering into alliances. Again, except for a short period in UP, Dalit parties or their mascots have not been able to dent the castles of formal power on their own even at the state level. This forces Dalit parties to engage with tactical moves, of aligning with one or the other parties relevant in respective states. This compulsion has resulted in a convenient understanding of Ambedkar and an obsession with sharing formal power at any cost and with anyone. Not surprisingly, several parties claiming to primarily represent the Dalit cause have found virtue in aligning with the BJP. Such an alignment has not resulted in better protection to the community or greater opportunities for obtaining social justice. Nor has the record of coalitions with other parties been very encouraging. This takes Dalit politics into a blind alley — it cannot make much impact through its autonomous political vehicles; it also cannot ensure the minimum through coalition strategies.

Editorial | Impunity in Hathras: Crime against a young woman, its aftermath, indict those tasked with upholding law. UP police must be held accountable

This deadlock may partly be blamed on the absence of a reliable all-India leadership. The increased salience of states during the Nineties thwarted the leadership ambitions of Kanshi Ram and Mayawati and adjusting to that reality, Mayawati later chose to abandon the all-India project, or thought that the same formula that worked in UP for a temporary phase will always work and work elsewhere. This mental imprisonment of leaders in the context of their respective state proves a stumbling block in the emergence of an all-India Dalit leadership. Even today, the younger and more charismatic leaders like Jignesh Mevani and Chandrashekhar Azad find it difficult to represent the scandalous injustice against the community and are forced to pick only isolated issues to assert their leadership. And by any standards, neither is yet even a state-level leader, despite the all-India ambitions. At best, both represent symbolically the frustration of young Dalits and their ambition to more authentically wage a struggle against caste-based injustice.

The political trajectory of someone like late Ram Vilas Paswan is also instructive on all these counts. He could survive by switching allegiances and even then, could not accumulate a non-Dalit following beyond a limit, chose to form a separate political vehicle, yet was not able to carry all the Dalits of Bihar with him or to step out of Bihar. Once he chose to quit the Janata Dal, his alliances were necessary for political survival and yet insufficient for him to shape Dalit politics as such. Such a stalemate reduces politicians like him to only playing a limited stakes game and at the same time, being unable to effectively intervene in times of gross atrocities and injustices. Mayawati’s current silence might also be understood in this broader framework of compulsions of political survival without consolidating the ability to take up issues of social justice effectively.

This entrapment takes us back to the question of power in the deeper sense that was implicit in Ambedkar’s thinking. Beyond the two traps of state-level politics and coalition politics, Dalit politics faces this third and more serious entrapment. It pertains to balancing the immediate concerns of formal political power and aiming at altering the social dynamics of power. This is not unrelated to an effective presence in the realm of formal politics. Dalit representation in the context of a liberal democratic system of representation depends on interventions and mobilisations in the broader politics of ideas, social organisation and above all, social justice. It connects with the nature of Dalit mobilisation and the search for an autonomous political vehicle.

In this context, findings from Amit Ahuja’s study both become intriguing and relevant. In his recent work, ‘Mobilizing the Marginalized: Ethnic Parties without Ethnic Movements’ (2019), Ahuja draws attention to a complex pattern. Bloc voting happens where the history of social mobilisation is lacking; but when Dalit votes get dispersed across parties, Dalits tend to gain more. Going beyond Ahuja, two issues stare in the face of Dalit politics. One is that despite a certain extent of bloc voting, intra-Dalit castes do not come together very easily and as such, the spectre of caste constrains the potential of Dalit politics even when it relies on Dalit mobilisation. Second, the possibility of political gains notwithstanding, even in states with a history of social mobilisation, the recurrence of atrocities functions as a key constraint on a genuine collaboration of Dalit and non-Dalit political actors.

Thus, in sharp contrast to limited imagination displayed by prevailing established Dalit leadership, the tough predicament before Dalit politics is that when it comes to atrocities and ostracisation, caste is a very firm and continuing basis but the remedy does not necessarily lie in politics on caste basis alone. If younger leaders like Mevani or Azad really wish to transcend the constraints that have hurt the politics of Mayawati et al, they would need to think beyond one or two states, beyond seat sharing, beyond self-aggrandisement, but above all, in creatively following Ambedkar, they would need to search for politics that combines the three issues of Dalit situation, social justice and democracy more generally.

Opinion | Hathras case: It is our collective dignity and decency that is erased forever

This article first appeared in the print edition on October 16, 2020 under the title ‘A broader imagination’. The writer, based at Pune, taught political science and is currently chief editor of Studies in Indian Politics. 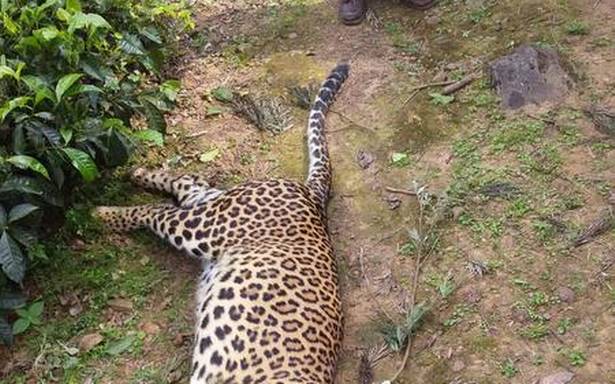