New government at the Centre should focus on land and labour reforms. 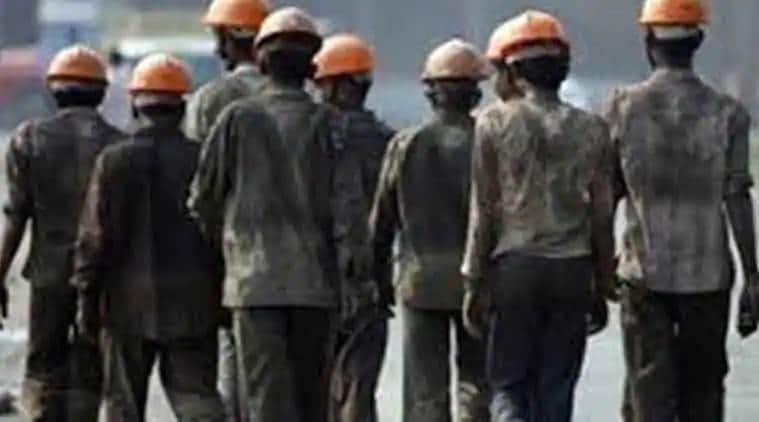 The Indian voter has delivered a second sweeping mandate to the NDA. This is historic by itself. Congratulations are due in no small measure to the leadership team of Prime Minister Narendra Modi and BJP President Amit Shah, who jointly spearheaded a campaign that proved irresistible to the electorate.

The size of the mandate given to the NDA as well as the fact that it signals persistence in voter preference, possibly provides the new government with the breathing space and confidence to think long term in terms of its economic policies. The first term of the Narendra Modi government was, perhaps understandably, characterised by a strong focus on political consolidation. That goal has clearly been achieved. This result will hopefully energise the government to expend some of its considerable political capital on policies that may be politically difficult in the short run but will have large long-term economic benefits.

The Indian economy is today at a crucial cusp. There are some clear positives that are tailwinds for the economy. The past 25 years have witnessed a dramatic turnaround, with growth rates above 6 per cent having become the norm. This growth revolution came on the back of a crisis-induced liberalisation of the Indian economy in the early 1990s that saw a rolling back of the industrial licensing regime along with wide-ranging trade reforms. These reforms remain in place today, which is a big plus for the economy.

A second potential tailwind is India’s demographics. India is currently adding around 10 million workers to its labour force every year. This supply of new labour should keep wage pressures in the economy under control. Moreover, it should potentially also rejuvenate the labour force with new skills, energy and dynamism. This second factor has often been described as India’s ongoing demographic dividend. It is a very important factor since such periods come infrequently, and do not last more than a couple of decades. So, it is vital that India seizes this moment.

The country is also facing serious headwinds. The first is with regard to the demographic dividend itself. The demographics will work as a dividend if and only if the economy is successful in providing jobs that match the aspirations of these new workers. If there is a mismatch due to either not enough jobs being created or workers being dissatisfied with the quality of the jobs on offer, then the demographic dividend can rapidly turn into a curse. Nothing can be societally more destructive than hordes of young people lounging around unemployed. There are salutary examples of this from all over the world, South Africa perhaps is the most recent such example.

Job creation is a tricky business in developing countries. Most of the workers are employed in agriculture. Agricultural productivity is typically low in such countries precisely because there is excess supply of labour to this sector. The incentive for labour to leave agriculture is usually provided by the creation of jobs in the low-skill, large-scale manufacturing sector as an economy develops.

India’s experience has been somewhat different from this typical pattern. Our services sector, especially the high-skill IT sector and its offshoots, took off before manufacturing. However, this sector doesn’t create enough high-value jobs to absorb labour at the rate of a million a month. As a result, over 90 per cent of India’s services sector employment is located in enterprises that employ three or fewer workers. These are usually family-run low productivity enterprises that add limited value to the country’s production chain.

Expecting India to continue its growth trajectory through a novel services sector-led model is a road to nowhere. There is neither enough world demand for telephone operators servicing outsourced business processes, nor is there enough supply of Indian workers with the requisite skills even if there were such a demand. Put differently, there is no escaping our manufacturing conundrum: We need our manufacturing sector to grow at scale.

Most of Indian manufacturing is currently concentrated in small-scale low productivity establishments. We need investment in low-tech, large-scale manufacturing units to pick up. Productivity is linked to scale: Firms operating at larger scale also tend to be more productive. But investing in such large units is risky. There are constraints associated with acquiring land. Adequate infrastructure provision, including the skilling of labour, is a second constraint. While the NDA government has done excellent work in building transport infrastructure, schooling and skill-building remains a constraint.

Another problem is due to our labour laws. These are antiquated and tend to be pro-labour to such an extent that firms prefer to eschew the productivity benefits of growing to retain the safety of remaining small. This also is a major hurdle to attracting foreign investment. In this context, it is heartening to see a recent statement from the Chief Economic Advisor that the labour ministry is working on reforms to our labour laws. It is politically a minefield but highly necessary.

Lastly, withdrawing the public sector from its unproductive pursuits in multiple sectors, including banking, has to be prioritised.

The scale of India’s development challenge is immense. The country needs to play the long game and it needs to start now. There is no time to lose. Hopefully, the renewed mandate will give the Modi government the political will and space to pursue overdue land and labour reforms.

The writer is director, Centre for Advanced Financial Research and Learning, Mumbai and professor of economics at the University of British Columbia. Views are personal