‘MGNREGA is definitely like a lifeline and is the employer of the last resort.’

“I do not share that kind of confidence that agriculture is going to lead the economy out of trouble,” Sudha Narayanan, associate professor at the Indira Gandhi Institute of Development and an expert on agricultural economics, tells Shobha Warrier/Rediff.com in the concluding segment of an enlightening interview.

According to a report by ILO (International Labour Organisation) and the Asian Development Bank, due to covid, as many as 41 lakh young people lost their jobs in India.
A majority of the job losses are in the construction and farm sector.
What kind of impact will this have on rural India?

The impact is quite severe, and we see that happening already.

Though a majority of the rural population depends on agriculture, today agriculture is no longer a standalone economic option for many.

The economic distress that was caused by the lockdown due to job losses thus affected not only landless workers, but also those who own farm land.

According to a government report, around 10.4 million migrant workers moved back to their villages during the lockdown.

This means they are back in those rural areas from where they moved out in the first place presumably because jobs were not available there; they are definitely not available now.

It seems the situation in the rural areas is such that where there were 15 people trying for one job offered under the MGNREGA scheme, today 200 people vie for it.

Though it is true in many areas, the situation also varies. For example, farmers in Punjab who depend on workers from Bihar and UP now find that there is a shortage of labour while the villages in UP, Bihar, etc to where the workers have returned, now have more people trying for jobs. It is quite heterogeneous.

If you look at the agricultural sector across the county, there are many pockets in Punjab, Haryana and Tamil Nadu which increasingly depend on migrant farm workers, suffer due to shortage of labour. These areas may turn to mechanisation or labour-saving devices.

But from where the migrant labourers come, there is a very serious rural distress. And it is a major worry for all.

At present, MGNREGA is the only employment guarantee scheme in the rural areas, and it has weakened over the years. Do you think this has resulted in starvation and hunger in rural areas?

Yes, we see hunger in the rural areas, but I don’t think there is starvation, thankfully.

MGNREGA is definitely like a lifeline and is the employer of the last resort.

Between May and August, MGNREGA programmes helped 58.5 million households by employing 83.5 million workers. That is the scale at which it was functioning.

In that way, it is a lifeline.

But what we are seeing is a collapse in the scheme because of a serious funds crisis, and also limited implementation capacity.

Many migrant workers have gone back but they are not registered as MGNREGA workers as they have to enrol in the programme and apply for a job card. There are delays in getting the job card.

Also, the jobs that are generated are not to the scale that are needed. That is the big problem. It is partly because of the lack of implementation capacity at the local level.

What exactly is the problem in implementation?

Historically, some states like Rajasthan, Chhattisgarh, Madhya Pradesh, AP, Telangana, Tamil Nadu, etc have a very good implementation system. They have the required staff in the system and the process is very streamlined.

They were able to quickly generate a large number of jobs. So, they have a shelf of work, and they have budgets ready to spend. So, you can say, they were better prepared to go if there was a surge in demand.

But many states are scared of running out of funds. 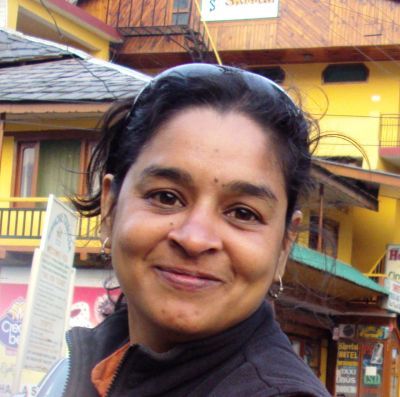 At the beginning of the pandemic in May, Rs 40,000 crores were additionally allocated to MGNREGA. But a lot of it was spent on paying pending wages and expenses. So, a lot of it was not available for new employment.

Even with the extra resources, the need outstrips the available resources.

If you look at the data today, you will see that many states are close to exhausting the allocation for this year.

These are the issues that we are facing right now.

MGNREGA has been there more than a decade-and-a-half which is a long period. How much has it improved the lives of rural people and helped the rural economy? Was it really a success?

I think it is a huge success. The World Bank’s 2014 report, for instance, called it a stellar programme.

If you look at the academic evidence by economists across the board, it is fairly unequivocal saying that the scheme has improved incomes, consumption expenditure, nutrition, and lives of the marginalised communities especially during the lean season when agriculture work is not available.

So, I think the evidence is quite in favour of the success that MGNREGA is.

A country that has 100 million migrant workers and with majority of them returning home because of the pandemic and the subsequent lockdown, is MGNREGA enough to help all of them?

It is not adequate. But it is the employer of the last resort.

There are no quick fixes. You can’t create useful, meaningful employment that also pays well overnight for such a large number, and there are so many districts that have seen an influx of migrant labourers.

Obviously, it is not a long-term solution; it is a fall-back option. In that sense, currently it is the only lever that we have to deal with the unemployment problem in the rural areas in the short run.

I think we need to ask ourselves, what is the problem we are trying to solve?

It only solves a particular kind of problem, as a safety net fall-back option which workers use temporarily until they find a better alternative.

MGNREGA wages are low, and the work unskilled manual earth work. So, only when a person doesn’t have any other alternative, he or she will go to MGNREGA for work. That was how it has been functioning all these years.

Whether a better alternative will emerge is a different question.

Is that why skilled migrant workers find it inadequate working as an unskilled worker for a low wage now?

There are reports that in Karnataka, for example, that teachers and people with MBA degrees also working for MGNREGA. It is a sign of distress and desperation.

This is totally voluntary, and if you choose not to work, nobody is going to ask you why or force you to work.

So, they go to work as a MGNREGA worker because they do not have any other alternative.

The fact that we are now seeing educated salaried people who are laid off due to the pandemic, working for MGNREGA shows how difficult are the times, and how acute is the problem.

The government says green shoots are appearing in the agricultural sector, and it is from there that we will see an economic recovery. Do you see such green shoots and revival happening in the rural areas?

Because agriculture is so dependent on the monsoon and rainfall, the green shoots you see today can die if there is too much or too little water!

Somehow, I do not share that kind of confidence that agriculture is going to lead the economy out of trouble.

Also, 32% of farm houses depend on wage work, and that wage work has collapsed. So, agriculture with 16% of GDP alone is not going to bring people out of an economic downfall.

We have to ask ourselves, how are the farmers doing?

We are not seeing huge increase in the prices farmers are getting from their produce except in the case of onions in the past weeks, for example.

Production has increased, but the farmers are not getting a lot more profit. Their income has to increase several fold for an economic recovery to happen.

Since that is not happening, I would rather have a conservative view.

We are fortunate that agriculture has not suffered that much. Whether it will pull the economy out of the current crisis, I am doubtful.