The announcement brought cheer to Gurjit’s family, who rued the fact that their daughter could not get a job in Punjab and therefore has been away for training. 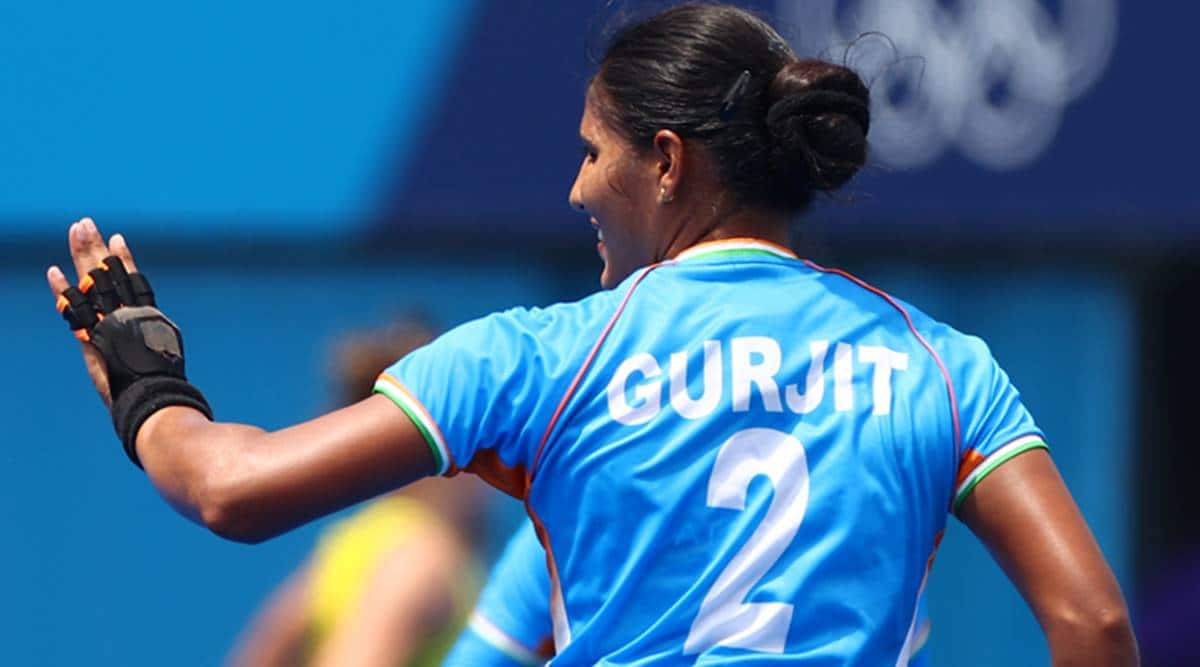 On the day Indian women’s hockey team played its last match at the Tokyo Olympics, Gurjit Kaur, who scored two goals against Great Britain on Friday, got an upcoming stadium named after her in her native village, Miadi Kalan in Amritsar, just 10 km from Indo-Pak border.

Zila Parishad, Amritsar, chairman Dilraj Singh laid the foundation stone of stadium to be named after Gurjit Kaur in her village on Friday. He promised that stadium will be constructed soon.

The announcement brought cheer to Gurjit’s family, who rued the fact that their daughter could not get a job in Punjab and therefore has been away for training.

Villagers had gathered at the house of Gurjit Kaur since morning and the family had arranged tea and coffee for the visitors who had come to watch the match.

Though India lost the match, still the family and the village celebrated Gurjit Kaur’s achievement.

It was in the afternoon that Dilraj Singh came and laid foundation stone of stadium on the name of Gurjit Kaur.

“It hurts us that Gurjit Kaur has to live far away from home to continue her training and do her job. She works with the Railways in Allahabad. We request Punjab government to provide her at least SP-level post in Punjab Police so that she can live in Punjab,” said Satnam Singh, father of Gurjit Kaur.

“We were waiting for the stadium for a long time. Finally, it has come to us. Of course, Gurjit Kaur’s village should have had a stadium by now. But governments are ignorant. Hope government will give Gurjit Kaur and her village what it deserves,” said Balwinder Singh, Gurjit Kaur’s uncle.

“Gurjit has got a job in Railways on merit. She works in Allahabad. I don’t know why Punjab government couldn’t give her a job from sports quota. We had demanded job for her from Punjab government, but that remained in vain. We also had an offer from the Haryana government. But we wanted Gurjit to play for Punjab. If Punjab government doesn’t do something for Gurjit now, then we will consider other options,” said Baljinder Singh.

He added, “Gurjit Kaur’s sister, Pardeep Kaur, is also a hockey coach. She works in private sector. She also played at the national level. Why can’t government provide a decent job to our players.”

Her father said, “Our village is near to Indo-Pak border. Life is very difficult in border village. I had to make arrangements for Gurjit’s education outside the village. But I am happy that she made us proud. She had not let our hard work go waste, and she also worked hard for this day.”

“I don’t want to touch on these issues as today is the day to celebrate. We are not disappointed with defeat. We are happy about what Gurjit Kaur has achieved,” said Gurjit Kaur’s brother.