Stating that many states like Andhra Pradesh, Kerala, Telengana and Odisha have announced or are considering salary cuts, Nath said his government has chosen to walk a different path. 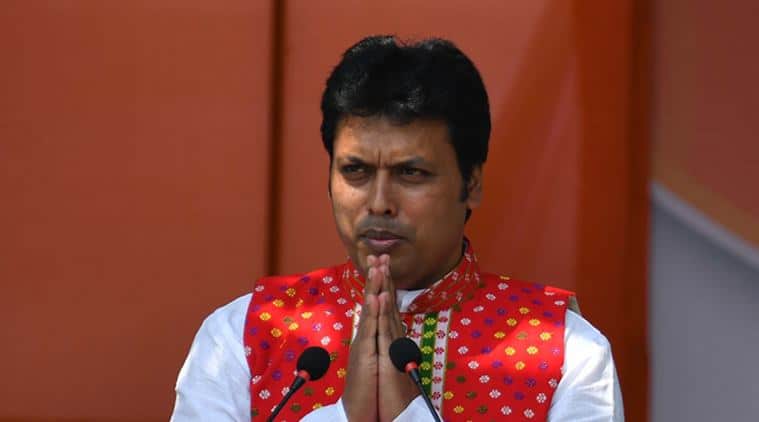 Tripura has announced a 3 percent hike on basic pay for all state government employees, Law Minister Ratan Lal Nath said Saturday adding that “the state government is under acute financial crunch but has decided not to cut the salary of our employees.” “Instead, we have hiked their basic pay by 3 percent,” he said.

He added the decision was taken despite introducing a salary-cut for Chief Minister, ministers and legislators.

Nath further said that the annual increment of employees’ salary cannot be withheld unless there is something objectionable with the conduct of an employee while performing service. As per custom, state government employees are provided increments on their salary twice a year – in January and July.

Stating that many states like Andhra Pradesh, Kerala, Telengana and Odisha have announced or are considering salary cuts, Nath said his government has chosen to walk a different path.

Kerala issued an ordinance on April 30 for salary cuts in view of the COVID-19 pandemic after the High Court imposed a stay on their decision to introduce salary cuts for six days over a period of six months.

As per the increment benefits, Group-A employees, who withdraw a salary of Rs. 90,000 would enjoy increment of Rs. 2,700, Group-B employees with Rs. 83,200 salary would receive Rs 2,500 increment, those from Group C would get Rs. 900 in addition to their existing pay and employees in Group-D category would get Rs. 700 extra.

Earlier in 2018, the incumbent state government announced 7th Central Pay Commission benefits for employees, shortly after they came to power.

Lauding the salary hike announcement, BJP spokesperson Nabendu Bhattacharya said the move is a ‘bold decision’ in the time of coronavirus pandemic, when other states are struggling to maintain their committed expenditure.

However, opposition CPI (M) and Congress have termed the announcement ‘eyewash’ and said it is an attempt to shroud the government’s inability to pay DA to employees and DR to pensioners.

“Let them (government) speak out about their plans to award DA and DR to employees and pensioners. They haven’t given any since their government was formed two years back”, veteran CPI (M) leader and Tripura Left Front convener Bijan Dhar told indianexpress.com.

State Congress vice president Tapas Dey said increment is a normal process and right of employees as per service rules. “Claiming it as a job well done by chest thumping is nothing but a poor display of success whereas there isn’t any”, he said.