Earlier, Samriddhi Sakunia, Swarna Jha said they were visiting Tripura for three days for a ground report on the cases of alleged religious vandalism that occurred last month. 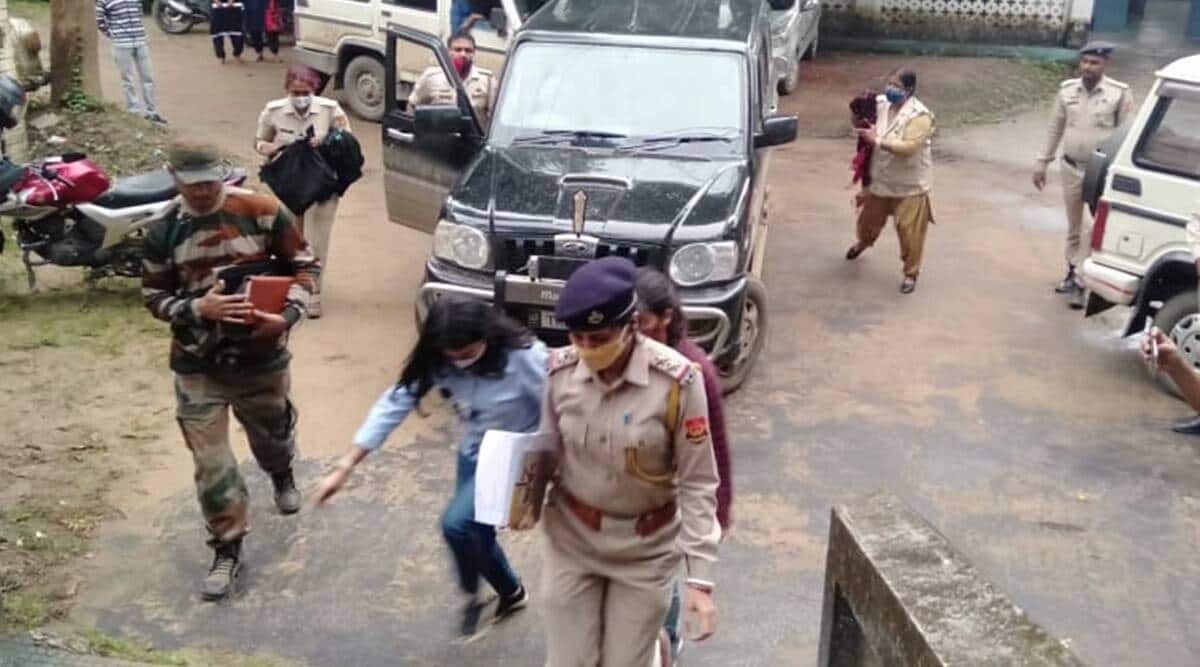 Hours after Samriddhi Sakunia and Swarna Jha — the two woman journalists arrested on Sunday over their reporting of the recent communal clashes in Tripura — were granted bail on Monday by a chief judicial magistrate’s court in Gomati district, State Information and Cultural Affairs minister Sushanta Chowdhury alleged that they had come to Tripura as agents of a political party, tried to create a communal riot-like situation and unite a section of people against the state government.

In a press conference at the state secretariat here on Monday evening, Chowdhury said: “These two people, who claimed to be journalists, actually came here as agents of a political party, tried to create a communal riot-like situation here and unite a section of people against our government. They wanted to confuse and provoke people with fake footage.”

Citing Tripura Police, the minister said Samriddhi Sakunia and Swarna Jha were asked to answer questions by the police in Agartala in connection with a case registered against them at Kakraban in Gomati district but the former lied to the police and chose to leave Tripura through Assam without intimation. “If they were so honest, why did they lie to the police? Why did they flee?” the minister said.

He also alleged Sakunia posted fake footage and photos from outside Tripura on her Twitter handle, claiming them to be from the state and said a mosque was burnt. She said minorities were helpless in Tripura which prodded people to hit the streets at Amaravati in Maharashtra and protest against incidents that had not happened here, said the minister.

“Whatever happened in Maharashtra…who did this? A section of journalists, like Samriddhi Sakunia and Swarna Jha, who came to Tripura on behalf of a party, to create communal instigation and malign the state in front of the country…..we have questions if they are journalists at the first place…those who are working as agents”, the ICA minister said.

“People across the country were provoked. This doesn’t suit a journalist. They are instigating, provoking people to go against the ruling party. They were trying to unite a particular religion. That’s why the FIR was registered. The police wanted to talk to these people to know where they came from and why, since it is an issue of internal security”, he said.

Alleging a conspiracy against the government, Chowdhury said: “A group tried to malign Tripura, conspiring to overthrow our government and establish an outsider party in power here.”

Without naming any political party, he said hooligans and anti-socials are being brought from West Bengal. People are going to houses disguised as salesmen and brainwashing people against the government, chief minister and the ruling BJP, he said. He also appealed to the public to stay cautious of any rumour.

Sakunia and Jha, who were reporting for HW News Network, earlier said they were visiting Tripura for three days for a ground report on the cases of alleged religious vandalism that occurred last month.

They were booked in two separate cases — one each at Fatikroy in Unakoti district and Kakraban in Gomati district. While they were released with a notice to appear before the police in seven days in the former case, they were arrested in connection with the latter after the police found they moved through Assam by road instead of flying out from Maharaja Bir Bikram Airport in Agartala as informed to the police. The police clarified they had some questions for the journalists but they declined to cooperate and preferred to leave without intimation, despite having a case booked against them.

Earlier, on Monday evening, the court granted the journalists bail on bonds of Rs 75,000 each. They would also have to appear before the investigating officer on the first day of every month starting from the next day of their release until further order or filling of a chargesheet, whichever is earlier, the court’s order said. The court also ordered them not to leave the country till further orders.