The case was registered at the West Agartala Police Station on November 3 against social media posts purportedly circulated and statements made by the lawyers during their visit to Tripura. 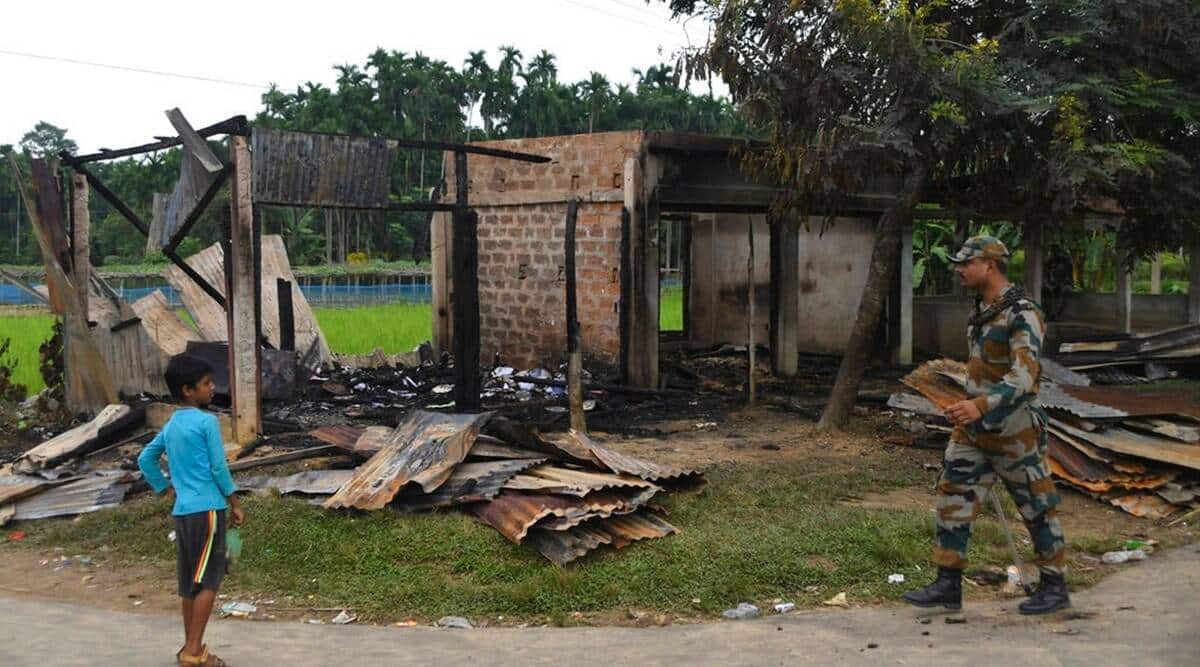 Two days after an independent fact-finding team of Supreme Court lawyers visited Tripura and expressed discontent at the incidents of alleged vandalism in houses, shops and a few mosques in the aftermath of the vandalism in Bangladesh, Tripura Police booked them under different charges, including criminal conspiracy, Unlawful Activities Prevention Act (UAPA) and asked for immediate deletion of social media posts and report before the police within November 10.

In a notice to the four Supreme Court lawyers from different organisations, including Lawyers for Democracy, National Confederation of Human Rights Organization (NCHRO) and the PUCL, Tripura Police Sub-Inspector Srikanta Guha said they were booked in a case with charges of promoting disharmony enmity or feelings of hatred between different groups on the grounds of religion, forgery, threatening, provocation to break public peace and criminal conspiracy under Sections 153A, 153 B, 469, 471, 503, 504 and 120B of the Indian Penal Code and Section 13 of the Unlawful Activities Prevention Act (UAPA).

The case was registered at the West Agartala Police Station on November 3 against social media posts purportedly circulated and statements made by the lawyers during their visit to Tripura.

The team visited Tripura for three days and went to areas of alleged attacks on minority communities in the aftermath of religious vandalism at Durga Puja pandals and temples in Bangladesh.

The lawyers demanded the police to register separate complaints filed by each victim, compensation for damage sustained in the alleged attacks, reconstruction of damaged religious places, action against people spreading fake news on social media, action on officials who might have failed to take proper steps during the purported cases of violence and initiate a judicial probe.

The notice claimed the statements were made for “promoting enmity between religious groups” as well as “provoking the people of different religious communities to cause breach of peace”.

“During the investigation, your involvement has been found in connection with the case. As such, there are reasonable grounds to question you to ascertain the facts and circumstances relating to the case. Hence, you are hereby asked to immediately delete these fabricated and false statements/comments made/circulated by you in the social media and also to appear before the police by November 10,” said a notice police sent to the lawyers.

In a video message Wednesday, DIG (Southern Range) G K Rao had said, “Some mischievous incidents” have been happening in the state since the last few days.

“There were some minor losses of property and some incidents of disturbance occurred. Tripura Police registered 11 cases filed earlier, including four in North Tripura, three in West Tripura, one in Gomati district and three cases in Sepahijala district,” the official said.

The official also said five persons were arrested so far in connection with these cases and notices were served to three others to appear before the police.