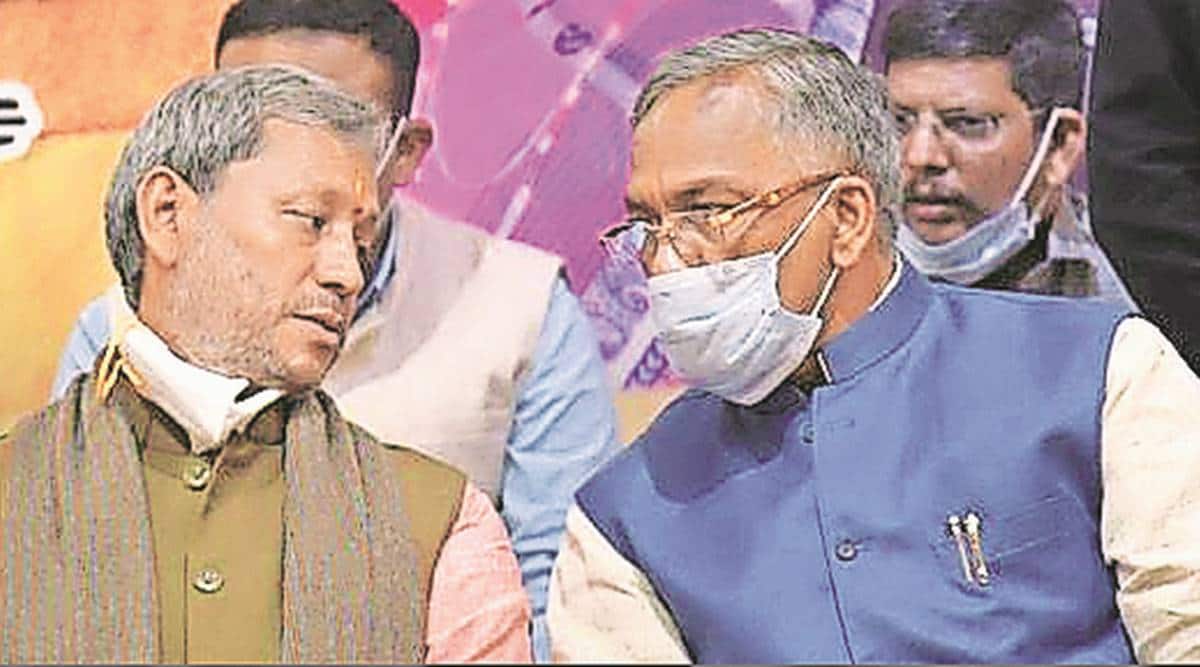 Months after being replaced as Chief Ministers, Trivendra Singh Rawat and Tirath Singh Rawat have been given responsibilities in the BJP’s Uttarakhand state election management committees.

Trivendra, who had been replaced in March after leading the government in Uttarakhand for four years, has been appointed co-head (sah-pramukh) in the vishesh sampark (special outreach) committee. Former CM Vijay Bahuguna, who had switched to the BJP from Congress in 2016, will be jointly heading that committee with Union Minister of State for Defence Ajay Bhatt.

Tirath, who served a four-month tenure as CM after replacing Trivendra, is co-convener in the election management committee that is headed by party state president Madan Kaushik and Almora MP Ajay Tamta, who is the convener. Rajya Sabha member Anil Baluni and four other leaders are co-conveners too.

Former CM Ramesh Pokhriyal Nishank, who had resigned as Union Minister before the last cabinet expansion, is heading the manifesto committee.

About the vishesh sampark committee, in which Trivendra is co-head, Kumar said, “That is an important committee. Its functionaries will contact influential persons who have good following… and those political dignitaries who are upset with the party and have become inactive. Committee leaders will meet them and seek their support for the party in elections. Their efforts will give political mileage to the party in polls.”

However, another party leader said, “It seems that the party has only accommodated Trivendra and Tirath to give a message that the party is taking them along in election management works.”

Among the 33 panels, there is one to take care of women workers engaged in poll-related tasks. A chargesheet committee will provide information to counter the Opposition’s allegations.

There is a separate panel to coordinate with party workers from neighbouring states for canvassing activities in bordering constituencies.