HW News Network, for which the women work, said they are “pressing for immediate… release” of the journalists 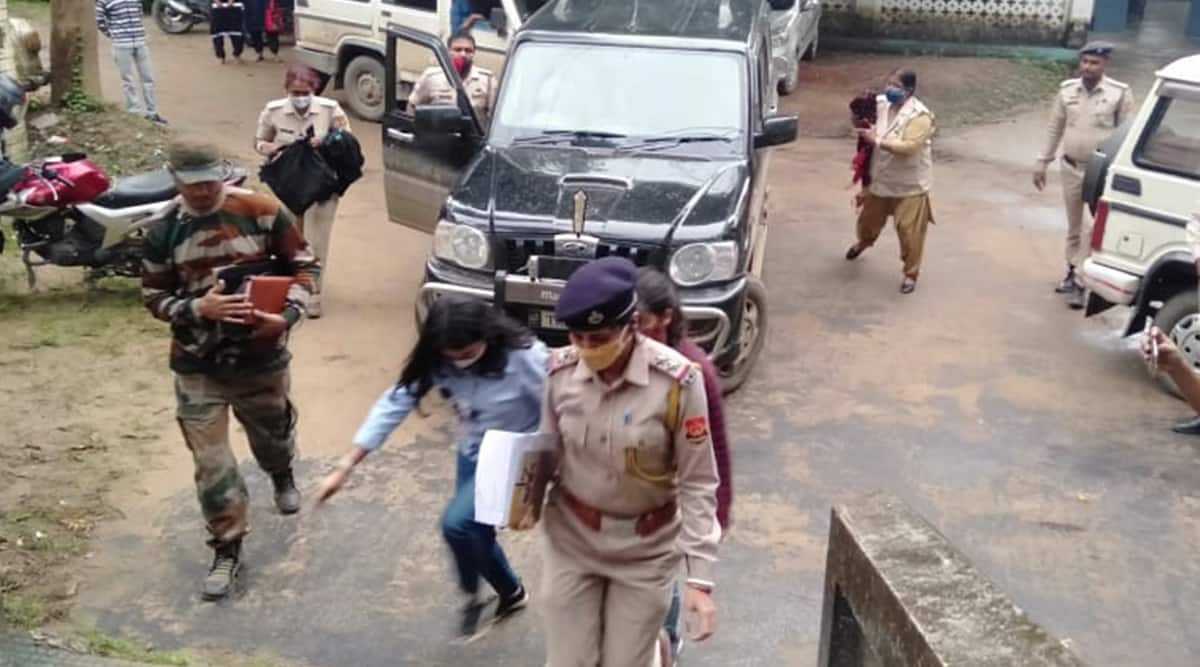 Two women journalists detained Sunday for reporting on recent instances of alleged religious vandalism in Tripura were produced before a local court in Udaipur sub-division of Gomati district which granted them bail, hours after the two were arrested at Nilambazaar in Assam late last night.

A senior Tripura Police official said they were arrested by a special team of the state police – which was dispatched to bring them back – at Nilambazaar police station while they were moving from Dharmanagar to Silchar in a car. “A team of Tripura Police, sent with special permission from court, arrested them and brought them back yesterday. They were produced before a local court after preliminary investigation,” the official said.

Samriddhi Sakunia and Swarna Jha, both writing for HW News Network, said on social media that they visited different parts of Tripura for three days for ground coverage on reports of vandalism in a few religious institutions last month. These incidents had allegedly taken place in the aftermath of religious vandalism in Bangladesh.

HW News Network had, earlier, put out a statement saying, “Our reporters Ms Samriddhi Sakunia and Ms Swarna Jha have been arrested by Tripura Police today at around 12.55 AM from shelter home in Assam’s Karimganj after securing their transit remand. They are being taken back to Tripura where they will be produced before Udaipur magistrate court.”

The media network also said senior advocate Pijush Biswas was appearing on behalf of HW News Network to defend the accused journalists. “We are pressing for immediate bail and release of our journalists,” the statement said.

“In this social media post, she posted a video of her visit to the half-burned prayer hall damaged by mischievous fire in the house of one Rahamat Ali of Hurijala, PS Kakraban on 11/11/2021 try to claim that one holy Quran was burned in the incident occurred in the night of 19/10/2021 which refers to Kakraban PS Case No. 74/2021 U/S 436 IPC. This is contrary to the findings so far revealed in course of investigation as presence of no such damaged books/documents was brought to the notice of investigating officer and fire service staff who extinguished the fire,” the police statement said.

It added that the journalists were contacted over telephone by police on Sunday morning and were “specifically asked” to give details of the document visible in the video. “…she told that the document was available at the alleged place of occurrence and it is the responsibility of police to trace the document. She also informed that they will be leaving Tripura by 1720 hrs flight from Agartala. As such she was requested by police officer to stay for some time at Agartala for her examination,” the police claimed, adding that during verification of the investigating officer at Kakraban, the house owner Rahamat Ali said, “there might be some burned document and these were taken away by a team from Delhi who visited the place of occurrence in the last part of October”.

Citing the visit of a four-member ‘Lawyers for Democracy’ team in October, the police statement said the team from Delhi visited the place on October 27 and made a similar claim with a “questionable photograph”.

“Taking cue from the recent state of violence at Amravati and other parts of Maharashtra as a repercussion of communal incident, it has become clear that some vested interest are trying to flare up the communal incident in Tripura and the Investigating Officer felt it wise to lodge a suo motu complaint for creating hatred between religious group by false fabrication, concealing documents etc. this refers to Kakraban PS Case No. 82/2021, dated 14/11/2021 U/S 153A/153B/193/504/120B8/204 IPC. But instead of coming to Agartala the two reporters made an escape towards Assam. On getting this information Assam police was contacted and they were detained at Nilam Bazaar PS at about 1500 hrs..,” the statement reads.

The Editors Guild of India has sought the immediate release of the two journalists.