The DM had faced a barrage of criticism for being ‘too strict’ while stopping a wedding ceremony that had purportedly run past curfew hours in Agartala. 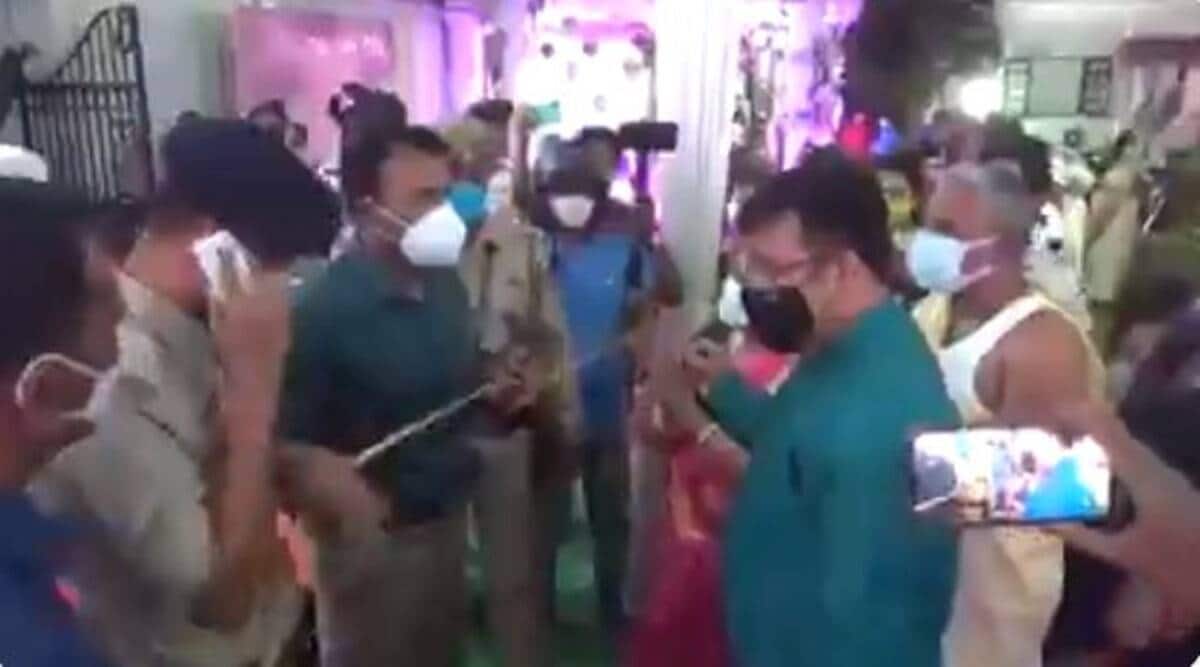 West Tripura District Magistrate Shailesh Kumar Yadav, under fire for being “too strict” while stopping a wedding ceremony that had purportedly run past the curfew hours in Agartala, Friday said he was just enforcing law and order, and that he stands by his actions.

The DM, who faced a barrage of criticism for his action on April 26, had earlier sought an apology, saying it wasn’t his intention to hurt anyone’s sentiments.

“The committee summoned me to give evidence. I arrived at 3 pm and submitted my statement and other relevant documents, including orders issued by me, orders issued under section 144 of the CrPC. They asked me some questions. I have replied to them,” the DM said.

The official also said he would “fully cooperate” with the committee’s investigation process and would provide documents and other details asked from him.

“It is my duty to enforce law and order and prevent the spread of COVID. This is what I did that night. I stand by whatever I did,” he said.

Meanwhile, the Vedic Brahman Samaj Friday held a meeting in Agartala and demanded that the DM seek apology from the priest he slapped while stopping the wedding ceremony.

In a video that went viral on social media, the District Magistrate is seen stopping a wedding ceremony on April 26 at Manikya Court in Agartala after 10 pm, when the night curfew commences in Agartala Municipal Council (AMC) areas.

He was seen shoving the groom by the neck, arresting everyone present, including the bride and the groom’s family, slapping a priest and tearing up a written permission for the wedding he himself had signed. Over 30 people were arrested and released later.

The video clips of the incident raised a storm on social media, with netizens asking how a government official could tear up his own order and disrupt a wedding ceremony during its ‘muhurat’. Many called for immediate probe against the official, saying he “ruined a marriage ceremony despite permission given under his own signature and hurt the bride and groom on their special and most happy moments”.

Protests over the incident came from celebrities like singer Sonu Nigam, BJP’s Chandigarh chapter, and Tripura opposition leader Manik Sarkar, all of whom termed the incident ‘undesired’ and unbecoming of the DM. West Tripura MP and BJP leader Pratima Bhowmik met the bride’s relatives and the priest the DM had slapped, appealing to them to not ‘lose heart’.