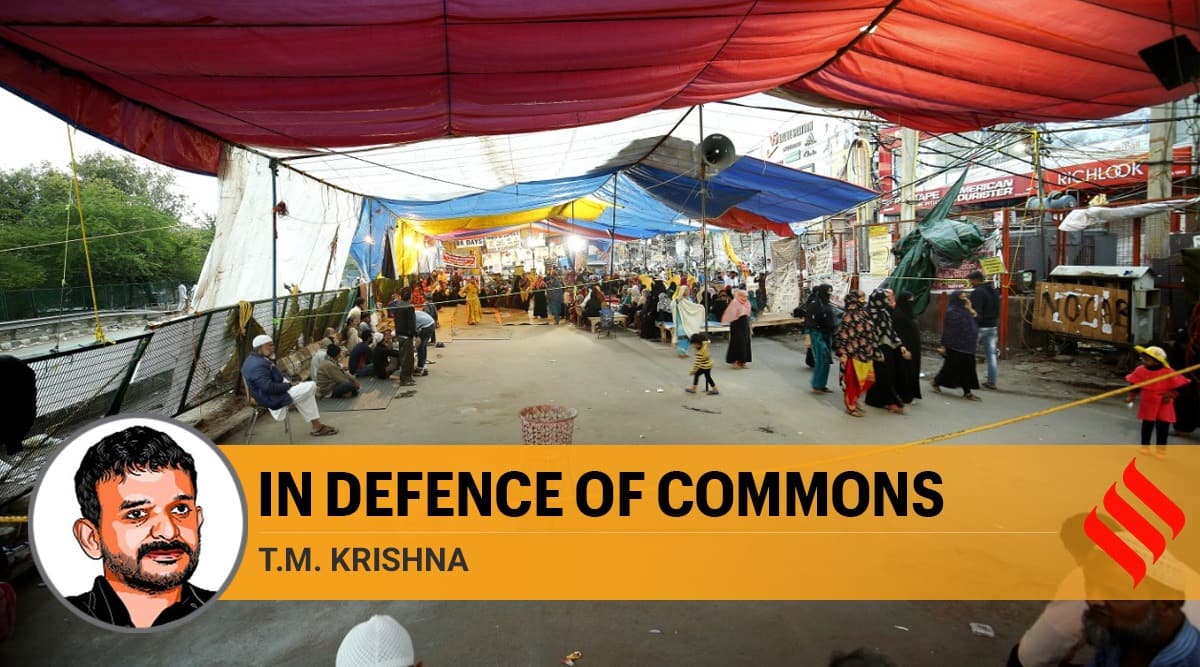 For people living in the city of Chennai or followers of Tamil cinema, the word poromboku is not new. An often-heard abuse, it is used to shame an individual, implying that he is good for nothing, useless, unproductive, and valueless. In reality, poromboku is a beautiful expression; a word that means “the commons” referring to everything that we — as a society — own collectively and share with one another. Rivers, lakes, grazing lands, mangroves, marshlands and forests are poromboku. In the context of the urban, it is our streets, parks, beaches, graveyards and playgrounds that all of us have free access to. These spaces are not privately owned and, in a democratic country, everyone irrespective of religion, caste, gender or even nationality, participates in their use. But we also know that this is not entirely true. More often than not, the commons are guarded by religious bigots, caste armies, or the moral police. Yet, we fight doggedly for our shared rights hoping to push back the parochials.

Shaheen Bagh stands tall as a battleground to save our poromboku. But the commons that the women protesters and friends in Shaheen Bagh fought for were not spatial — they were abstract. They were the foundations on which we have built our entire nation. Equality, equity, fundamental rights, liberty, justice and secularism are our shared conceptual poromboku-s. They are not the private properties of a single individual living in this land; neither are they owned by the executive or judiciary. These are the principles of our democracy that we cherish and the values that we defend. The Shaheen Bagh protests were necessary to push back a government that is bent on demolishing our constitutional soul, using every Machiavellian trick in the book.

But the question often asked is whether such protests are also a public nuisance to those who do not share the same opinion or just want to go ahead with their everyday routine. This is a fair question, but needs a nuanced response. Society is not a level-playing field and every institution, including the judiciary, does not treat every protest with the same yardstick. Hence, public order and social tranquillity are not objective notions and are often manipulated by the state.

Editorial | There was a reason behind the geography of anti-CAA sit-ins. By ignoring it, SC constricts definition of the public sphere

While the argument that public movement and normal life should not be affected by protests has value, how can we not factor in the utter inequality in the way every institution views public protest and protesters? Within this labyrinth lies social discrimination. Public protests or processions by Dalits, minorities, women, trans people are viewed with disdain but none will dare question protests by powerful caste lobbies, political parties or the religious majority.

The incongruencies do not stop here. In every city, we are asked to obtain police permission for a protest. Inevitably, if the protest is against the government, police or any state institution, the permission is rejected or delayed until the very last moment forcing the organisers to cancel or rush to the court for relief. Constantly challenging the police in the courts is tiresome, leading citizens to just give up. In effect, protests are crushed by the state.

The courts do not seem to be interested in addressing this serious countrywide use of permission raj. It is not just protests; we struggle to obtain permission even for performances in public spaces. The police informally question us about the content of the plays or songs. On one occasion in Chennai, the Casteless Collective band was forced to stop singing a song because it contained the word “Modi”. Since the jallikattu protests of 2017, there is a blanket denial for permission for any gathering at Chennai’s famed Marina beach. “Maintenance of law and order” is used by the state to stifle public questioning. At the very same time, large corporations buy their way into public spaces, erect stages, hoardings and destroy the environment with impunity and without a whimper from our public bodies. Does the esteemed court expect us to come to its doorstep every time these things happen?

Even the idea of designated locations for protest needs to be challenged. Who designates these spaces and on what basis? In a country like India, where the political class does not appreciate being questioned, especially when in power, how does the court expect any fairness in protest space allocations? The consideration will always be: How can we limit its growth, effect and keep it under our control? There is little value in speaking about public inconvenience without addressing the limitations that are placed on our right to protest.

It is also essential to realise that protesting is often a spontaneous act and cannot be bottled by allocations and permissions. A vital quality of protest is public awareness and participation; consequently, public roads cannot be off-limits. Unless we are shaken awake from our slumber by slogans, cheers, demands, songs and hundreds walking the streets, those of us who complain of disruption will never notice the farmer or labourer.

Yes! We are now a democratic country; yet how can we be blind to the lack of freedom and independence and the pervading fear in the hearts of so many? The state is an enormously powerful machine and, in order to force a just response, common people need to apply collective pressure. In this tussle, public spaces are crucial to empower people, make them heard, and bring some parity into the discourse. Therefore, the occupation of highways by citizens whose lives have been torn apart by sexual, corporate and political violence is an important tool and to treat it as a public annoyance is majoritarian browbeating.

There is no doubt that social media plays a huge role in bringing people together and giving power to the collective. But unless public spaces are freely available for demonstrations, we will remain a mute democracy. The Supreme Court had the opportunity to expand the contours of its order keeping in mind reality with all its unevenness, but it remained silent and forgot that democracy thrives in the poromboku!

This article first appeared in the print edition on October 9, 2020 under the title ‘In defence of commons’. Krishna is a musician and author of Sebastian and Sons: A Brief History of Mrdangam Makers.