While the younger cousins, 13, and 16, had been found dead on Wednesday evening, the 17-year-old is admitted in hospital. The three had gone to the family fields to collect fodder, as per their relatives. 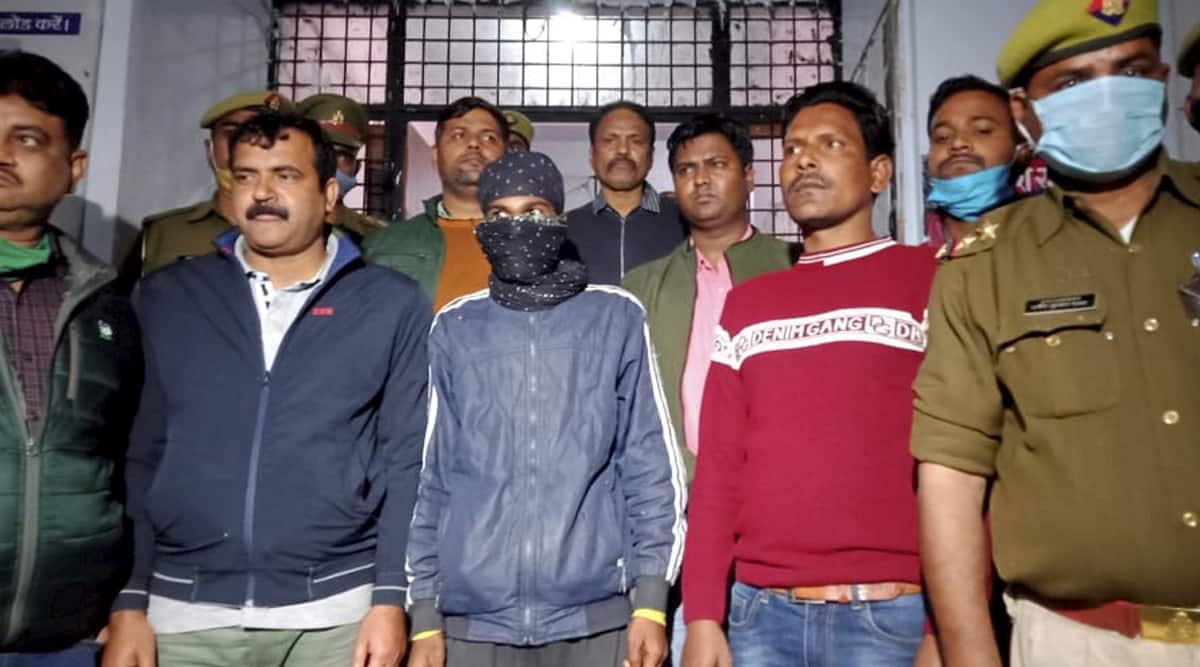 The Uttar Pradesh Police claimed Friday to have solved the suspected poisoning of three Dalit girls in Unnao district with the arrest of a 28-year-old man, Vinay, and the detention of a minor, 15. They said Vinay had confessed to mixing insecticide in water to target the eldest girl, 17, after she spurned his advances. All the three girls, who were cousins, reportedly drank the water inadvertently.

While the younger cousins, 13, and 16, had been found dead on Wednesday evening, the 17-year-old is admitted in hospital. The three had gone to the family fields to collect fodder, as per their relatives.

The police said Vinay decided to poison the 17-year-old after she refused to give him her mobile number. Vinay, who belongs to a village near the cousins’, had reportedly got friendly with them during the lockdown, and they met up in the fields. The minor is a friend of Vinay’s. Like the cousins, the accused belong to a Scheduled Caste.

At a press conference held in Unnao Friday evening, Lucknow Range Inspector General (IG) Laxmi Singh said, “The accused were taken into custody from an intersection nearby. One of them is Vinay alias Lambu and the other is a minor. Both are residents of the village neighbouring the girls’. Vinay’s farm is adjacent to the girls’ farm and the accused used to meet them regularly since the lockdown. After interrogation, Vinay confessed to the crime and told us the whole sequence of events.”

The police repeated that they had not found any evidence of assault. “According to the autopsy report, no external or internal injury was found on the girls. There were no signs of assault, and the statement given by the accused does not mention any assault on the girls either,” the IG said, adding that Vinay had denied tying up the girls, as alleged by some members of the family.

Singh said Vinay was aware of the daily routine of the girls, and timed his visit to his farm accordingly. “Slowly, he fell in love with the 17-year-old and told her so, asking for her phone number. The girl spurned him, which made him angry. He pressured her initially, thinking repeated proposals will get him a yes. He committed the crime in anger and used an insecticide kept at his farm, mixing it in water.”

About how the minor was allegedly involved, Singh said that on Wednesday, Vinay had asked the friend to get some snacks. “The girls also got some snacks from a shop. They met near Vinay’s farm and spoke for a while. And then Vinay gave a bottle (with the insecticide) water to the 17-year-old. After she had the water, the other two girls snatched the bottle and drank from it too.”

Vinay has claimed he urged the other girls not to have the water but they did not listen, the IG said. “After drinking the water, they fell unconscious and a foamy substance started oozing from their mouths. Vinay and his accomplice panicked and fled.”

Singh pointed out that the girls had been removed from the fields by the family before they reached the spot, after receiving a call from someone in the village.

Asked if other people could be involved, the IG said, “Till now, the evidence collected by us and the information given to us regarding two people fleeing the scene point to only these two having committed the crime. Also, during questioning they have not named anyone else.”

The police said they had recovered some snack packets, a cigarette butt and a bottle of water from the crime scene. Vinay’s mobile phone was found to be active nearby at the time of the incident, the officers added.

Unnao ASP Vinod Kumar Pandey said the last rites of the two girls had been held “peacefully, with no issues” on Friday morning. There has been no change in the condition of the 17-year-old, admitted to a hospital in Kanpur. “She is stable, but critical,” Pandey said.

Unnao District Magistrate Ravindra Kumar said that as per the directions of Chief Minister Yogi Adityanath, the families of the two deceased girls will be given Rs 5 lakh each. The 17-year-old’s family will get Rs 2 lakh, and the state government will bear the cost of her treatment.