According to the Ghaziabad Police, Kashmir Singh Dass, from Pashiapur village in Rampur, was founded hanging from the ceiling inside a toilet at Ghazipur, where farmers have been protesting since November 28. 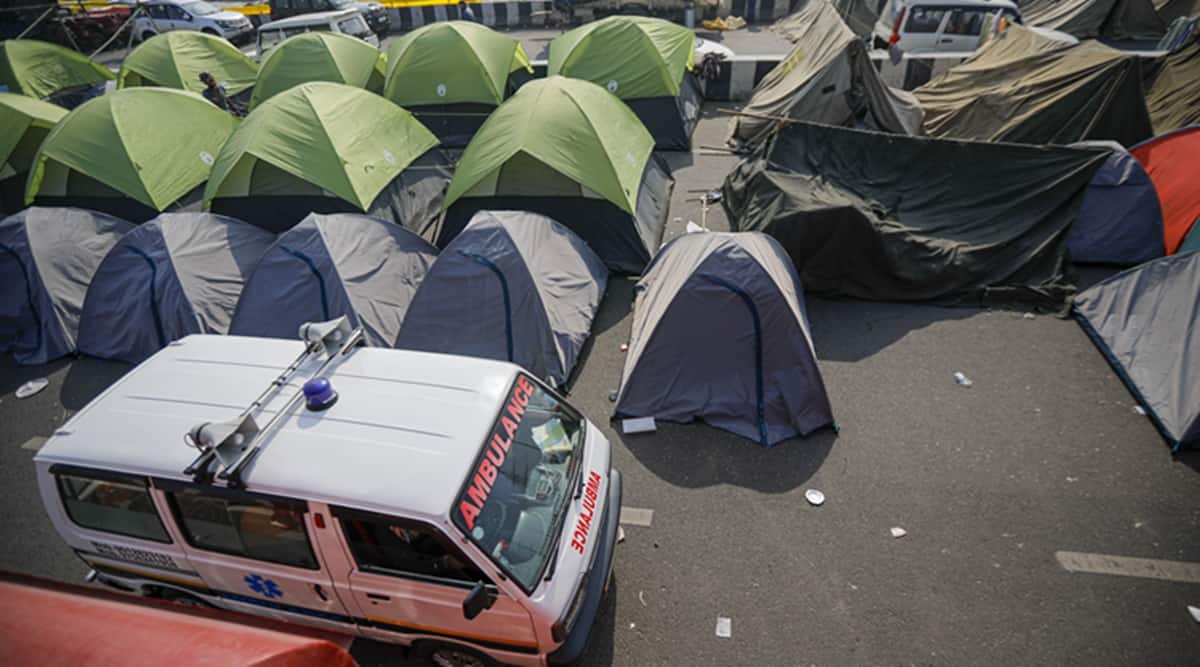 A farmer in his 70s from Uttar Pradesh’s Rampur district killed himself Saturday morning at the Ghazipur protest site near the Delhi-UP border. In a purported suicide note, he wrote that he was taking the step “to oppose the farm bills”.

According to the Ghaziabad Police, Kashmir Singh Dass, from Pashiapur village in Rampur, was founded hanging from the ceiling inside a toilet at Ghazipur, where farmers have been protesting since November 28. “We received information that a person had died at the protest site in the morning, following which a police vehicle was sent. He was declared dead on arrival at the nearest hospital,” said SP, City II Ghaziabad, Gyanendra Kumar.

In his ‘suicide note’, Singh wrote that his death would be his contribution to the agitation. “I have come to Delhi because the three farm laws… are not in favour of farmers. These are not beneficial to all farmers of India. Farmers want the government to take these bills back. The government is not repealing them. More than 50 farmers from Punjab have already died in this agitation. But no farmer from UP and Uttarakhand has given their lives… (so) I am sacrificing my body to oppose the three farm bills,” read the note, written in Gurmukhi script.

Introducing himself in his note, he wrote: “I work 24 hours as ‘sevadar’ in the community kitchen at Gurudwara Sukh Sagar Sahib, Pipal Kotali, on the way to Hemkund Sahib”.

Singh’s son Lakhvir Singh Ladi said the family would get the body transported to their village for final rites. He said, “My father was at Ghazipur for around 20-25 days. No one knew he was going to do something like this; he had not mentioned anything to us. We only found out when some of our farmer brothers called us in the morning and told us what happened.”

Singh is survived by three sons and a daughter, and five grandchildren.

In his note, Kashmir Singh also referred to “troubles” between his daughter, who is married, and one of her relatives, and further asked that the “sangat” or Sikh community arrange for his two grand-daughters to be married.

Those at Ghazipur remember him as someone who did a lot of sewa at the protest. “Whenever there was shortage of any item — milk, besan, sugar, atta — at any of the langars, he would make arrangements for it to be brought here,” said Gurpreet Atwaal, also from Rampur district.

This is the third suicide among protesters at the Capital’s borders. The first was of 65-year-old Sant Baba Ram Singh, a religious leader from Haryana’s Karnal district. He had shot himself near Kundli stating that he was pained by the plight of farmers. The second was of Amarjit Singh Rai, a 63-year-old lawyer from Punjab’s Fazilka district, who died after consuming pesticide at the Tikri protest site. Niranjan Singh, a 70-year-old farmer from Punjab’s Tarn Taran district, had attempted suicide at the Singhu border by consuming tablets meant for pest control, but survived.

(With inputs from Kamaldeep Singh Brar)